By Josh O'Leary
5 minute read
In our Iowa Icons series, we're celebrating the players, moments, and traditions that define Hawkeye football. Here, we recognize the elite crop of Iowa stars who have achieved one of college football’s top honors. 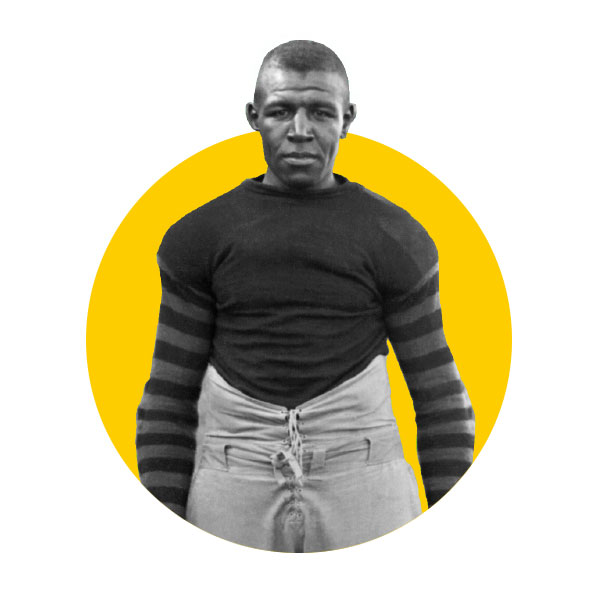 One of the first African American stars in major college football, Slater (28LLB) was a two-time All-American tackle who played professionally for the Chicago Cardinals. After returning in the offseason to Iowa to earn his law degree, Slater went on to become a lawyer and Superior Court judge in Chicago. He was inducted into the College Football Hall of Fame in 1951 and the Pro Football Hall of Fame in 2020. This fall, the field at Kinnick Stadium will be named after Slater. 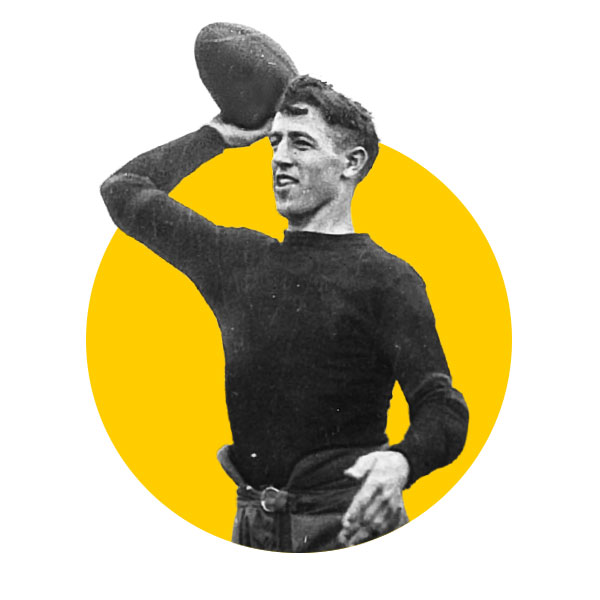 Iowa’s captain during its unbeaten season of 1921, the talented quarterback and multi-sport athlete was considered by many to be the greatest Hawkeye of his era. He rushed for 895 yards in 1921 and tallied 3,000 yards of total offense in his career. Devine (22BA) served as an assistant for a time under his former coach, Howard Jones, at USC before putting his law degree to work heading up the Veterans Administration’s legal department in Iowa. Devine was inducted into the College Football Hall of Fame in 1973. 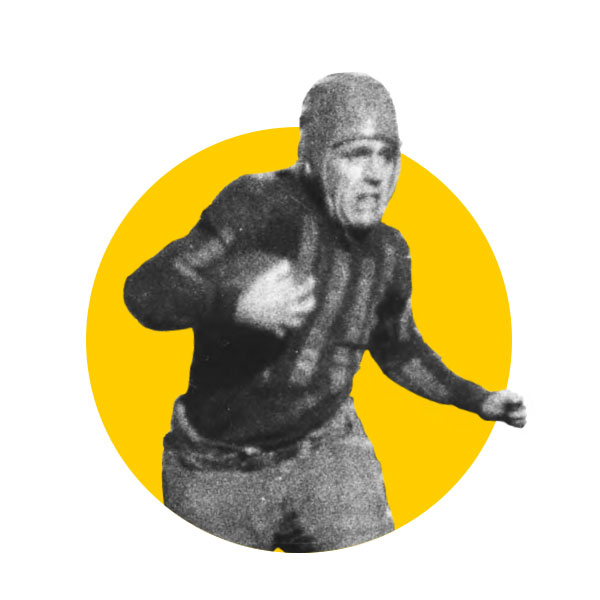 A bruising 165-pound fullback who punched above his weight, Locke (24BA 25JD) led Iowa to a 19-2 record in his three varsity seasons. In 1921’s classic 10-7 win over Notre Dame, Locke, who was also the kicker, scored all 10 points. Locke used his Iowa law degree to establish a successful practice in Washington, D.C. He was inducted into the College Football Hall of Fame in 1960. 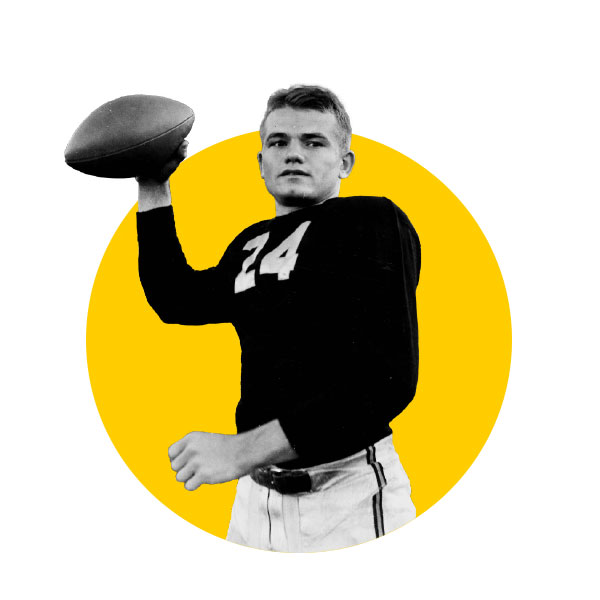 The most revered name in Hawkeye history, Kinnick’s electric play on both sides of the ball made him a national star in 1939. Kinnick (40BA) ran, passed, or kicked for 107 of Iowa’s 130 points that season on his way to the Heisman Trophy and topping Joe DiMaggio for AP Athlete of the Year. A gifted scholar, Kinnick turned down pro football offers to attend law school at Iowa, but World War II derailed his ambitions. The Navy pilot was killed in a plane crash off the coast of Venezuela during a training mission in June 1943. Kinnick was inducted into the College Football Hall of Fame in 1951. 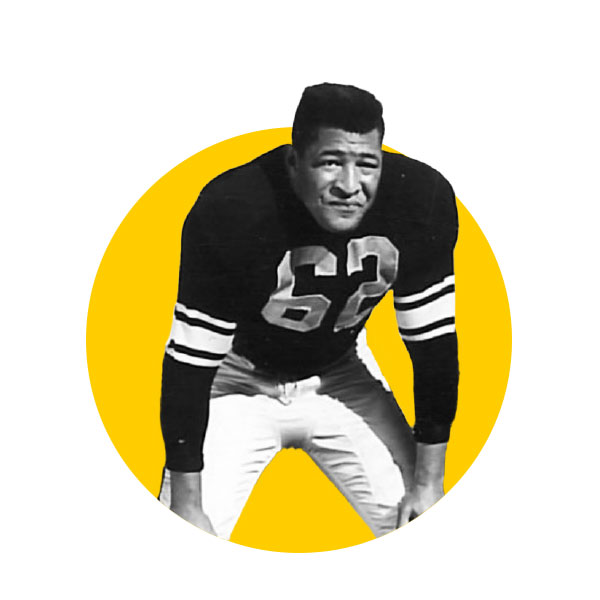 An offensive lineman who was a three-time All-American and the first Black player to win the Outland Trophy, Jones helped turn around the program in the 1950s. Jones opted to play professionally in Canada rather than the NFL, which paid Black players less than white players at the time. Tragically, Jones was killed at age 23 in a commercial plane crash while traveling back to the U.S. from Canada to watch the Hawkeyes prepare for their first Rose Bowl in December 1956. Jones was inducted into the College Football Hall of Fame in 1980. 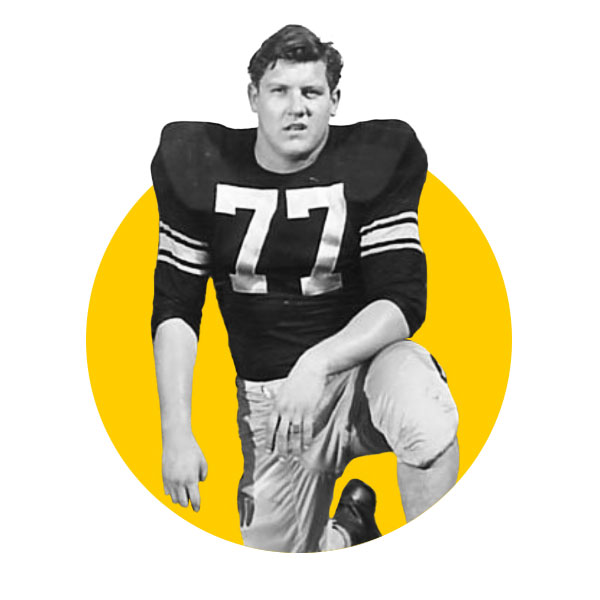 A legend whose stardom transcended football, the All-American lineman won the Outland Trophy as a senior and was runner-up in the Heisman voting—the highest a tackle has ever finished. The first-round draft pick played 12 seasons with the Detroit Lions and was inducted into the Pro Football Hall of Fame in 2020. He worked as a commentator on Monday Night Football and found success as an actor, starring in films like Blazing Saddles [alongside fellow UI grad Gene Wilder (55BA)] and television’s Webster. Karras was inducted into the College Football Hall of Fame in 1991. 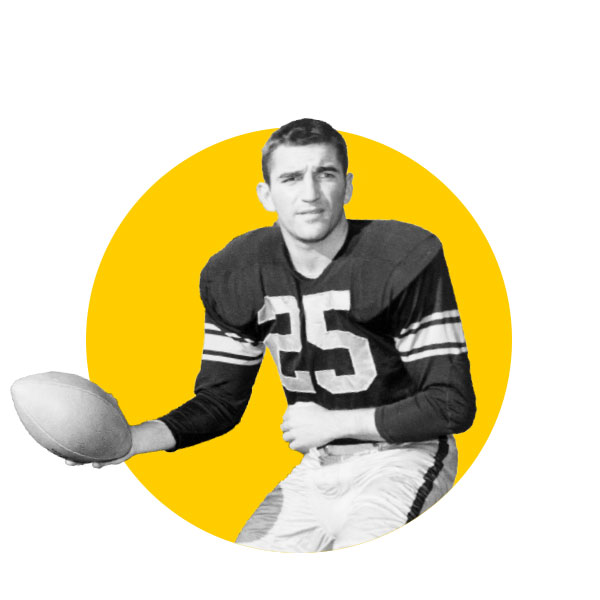 Duncan (59BA) went 15-2-2 as Iowa’s starter in his final two years, leading Iowa to a Rose Bowl win to cap the 1958 season. He paced the nation in passing as a senior and was runner-up in Heisman voting. He was the No. 1 pick in the 1959 draft by Green Bay, but opted to play professionally in Canada, where he was offered a larger contract. After a year with the B.C. Lions and a year with the AFL’s Dallas Texans, Duncan returned to Iowa to earn his law degree from Drake University and practice law in his hometown of Des Moines. Duncan was inducted into the College Football Hall of Fame in 1997. 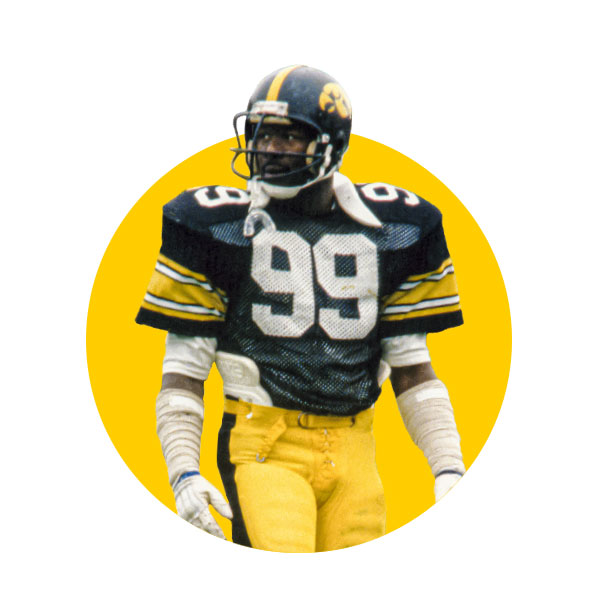 Tippett is one of 11 players who will be inducted into the College Football Hall of Fame this December at the National Football Foundation’s annual awards dinner. Tippett was instrumental in Iowa’s turnaround in the early 1980s and captained the Hawkeyes’ Big Ten title run in 1981. He still holds Iowa’s single-season record for tackles for loss yardage (20 TFL for 153 yards in 1980). Tippett was selected in the second round of the 1982 NFL Draft by the New England Patriots, where he played 11 seasons and was a five-time Pro Bowler. Also a member of the Pro Football Hall of Fame, Tippett currently serves as the executive director of community affairs for the Patriots. 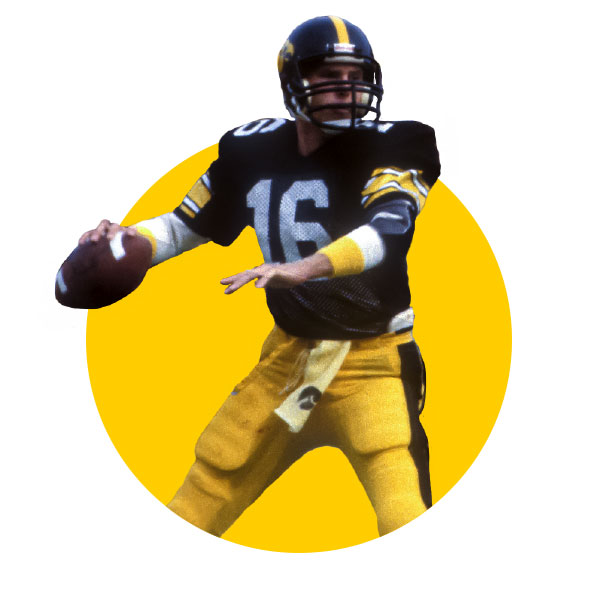 The most prolific passer in Iowa history, Long (85BBA) was the first NCAA quarterback to throw for more than 10,000 yards. A three-time All-Big Ten selection and the runner-up to Bo Jackson for the 1985 Heisman Trophy, Long recorded a bowl-record six touchdown passes in the 1984 Freedom Bowl and led Iowa to the Big Ten title the following season. A first-round draft pick by the Detroit Lions, Long spent 12 years in the NFL. Long’s coaching career included stops as an assistant coach at Iowa and Oklahoma and head coach for three seasons at San Diego State. He currently works as a Big Ten Network analyst and is executive director of the Iowa Sports Foundation. Long was inducted into the College Football Hall of Fame in 1999. 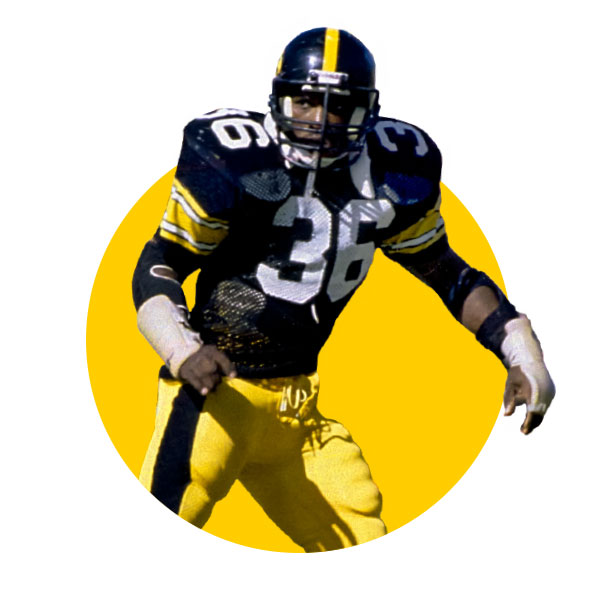 An All-American linebacker who started 42 games at Iowa, Station (87BBA) became the first player in school history to lead the team in tackles for four seasons. He finished his career with 492 tackles, which remains a program record. Station was the defensive anchor in four bowl games, including the Rose Bowl his senior year. Drafted by the Pittsburgh Steelers in 1986, Station was forced to retire from the NFL after one year because of injuries. Station returned to Iowa for his business degree, then earned an MBA from Washington University in St. Louis before going into business in his hometown of Omaha, Nebraska. Station was inducted into the College Football Hall of Fame in 2009.