By Josh O'Leary
1 minute read
In our Iowa Icons series, we're celebrating the players, moments, and traditions that define Hawkeye football. Here, we remember Burch and Rex and examine the origins of Herky the Hawk. 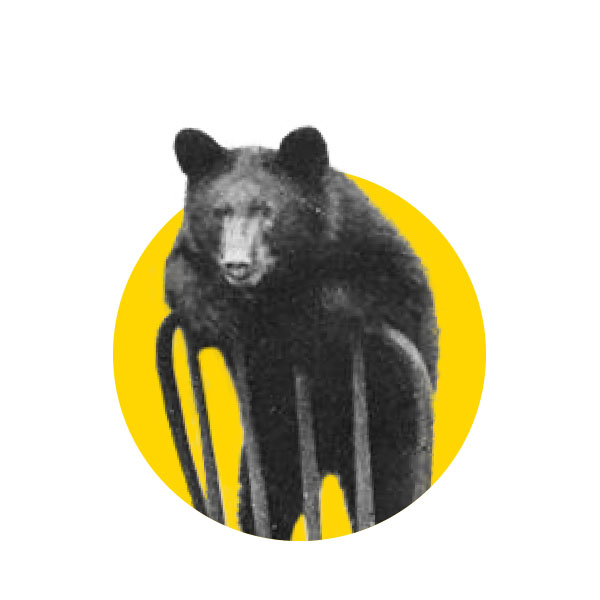 In 1908, then Iowa football coach Mark Catlin (09LLB) brought a new mascot back to Iowa City from his father’s ranch in northern Wisconsin. Nicknamed Burch, the black bear cub was housed in a cage at Iowa Field and accompanied the team to road games. But Burch’s days on the sidelines were short-lived. According to newspaper accounts at the time, the bear went missing from its cage in winter 1910 and, after sightings by farmers in Coralville, was found dead that March in the icy Iowa River. 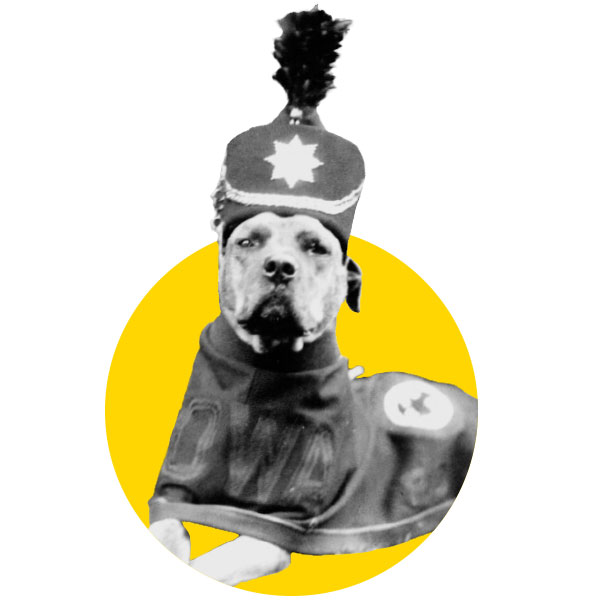 In the 1920s and 1930s, the ROTC’s military band featured a four-legged mascot named Rex. Dressed in a plumed cap and black-and-gold blanket with the ROTC insignia, the Great Dane was a fixture at the newly built Iowa Stadium. Dubbed the team’s good-luck dog, Rex once chased a pig belonging to Minnesota around the field at halftime, and he was featured on the 1932 homecoming button. In a strange and sad twist of fate, Rex II, the original Rex’s grandpup and successor, met the same demise as Burch the Bear. According to a 1935 Daily Iowan story that year, Rex II died after falling through the Iowa River’s ice. 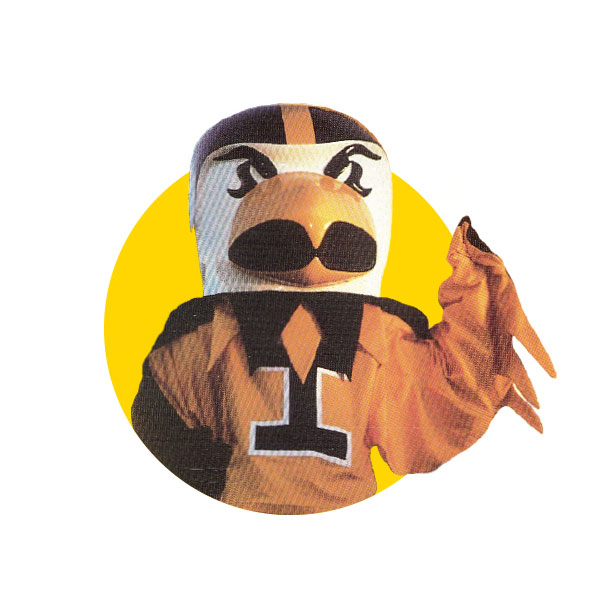 In spring 1948, Frank Havlicek (48BSPE), UI athletics business manager, put out a call for new mascot ideas to rival Minnesota’s Goldy Gopher and Wisconsin’s Bucky Badger. A UI journalism instructor who taught editorial cartooning named Dick Spencer III (43BA) submitted the winning sketch: a barrel-chested, anthropomorphic bird wearing a block-I sweater. Spencer’s bird needed a name, so a statewide contest was soon arranged. John Franklin of Belle Plaine, Iowa, came up with the winner: Herky the Hawk, short for Hercules. By the 1950s, Herky came to life as a sideline mascot at Iowa Stadium. While the beloved bird has undergone a number of transformations in his 70-plus years, Herky remains a timeless icon.