By Ben Frotscher
5 minute read
The Hawkeye senior post returns with high hopes for her fifth and final season. 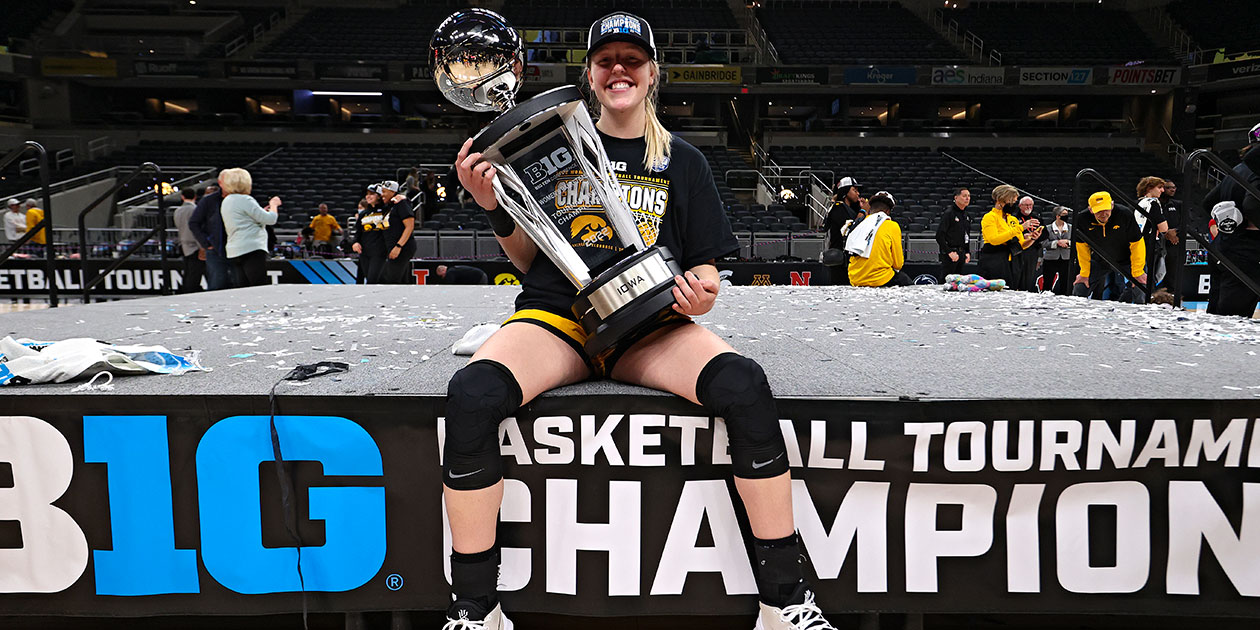 In eighth grade, Monika Czinano broke multiple bones in her leg and arm in an ATV accident. It’s an experience she has not forgotten.

“I was in the hospital for a full week and bed rest for an entire month,” says Czinano, a fifth-year senior on the Iowa women’s basketball team from Watertown, Minnesota. “But I loved the hospital atmosphere—the structure, the knowledge, and just everything going on. I’ve known since then I wanted to go into health care.”

Czinano, a biology major and three-time All-Big Ten selection, put her medical school plans on hold for one year so that she could return to an experienced starting lineup. Last year, the Hawkeyes won the Big Ten regular season and postseason tournament but lost in the second round of the NCAA Tournament.

Iowa Magazine talked to Czinano about her goals for the season, experience as a Hawkeye, and thoughts on gender equity in sports.

Last season didn’t end the way you wanted. How did its abrupt end fuel your preparation for this year?

How last season ended really stung, but I like to think it was one of the better things that happened to us. It’s been the best motivator any team could want—especially with everyone back and being at full force again. Coming into this season, I wanted to get better on the defensive end of the court. We’re pretty solid offensively, but we can always get better on defense. If we all get a little bit better, we will be a better team.

Your starting lineup is unchanged from last season. How does that experience help your team accomplish your goals?

It’s phenomenal. All of us are so comfortable with each other on and off the court. We’re able to give each other constructive criticism and know that it’s from a place of love—and that we’re not attacking each other. We’ve been growing together for a long time. There’s a lot of trust.

On Dec. 10, you get a chance to face your sister, Maggie, when Minnesota comes to Iowa City. What does that mean to you?

I’ll be excited to see her and for her to come to Iowa City. It’s really cool to have her in the Big Ten and also have someone in your life who is able to understand what you’re going through. If both of us are on the floor at the same time, I’ll probably cry. I love her so much, and seeing each of us accomplish our dreams, it’s something I’ll never take for granted.

Who are some individuals who have helped you advance your game?

Megan Gustafson (19BBA) was the catalyst and spark for getting me to where I am today. Every post player I’ve gotten the opportunity to compete against has given me something, taught me a lesson, and has helped improve my game. [Associate head] coach Jan Jensen is a guru. She’s just so smart with the post position and knows how to motivate. We have the best support system. From our managers to my teammates, they’ve all pushed me in a way that I didn’t know I could be pushed and helped me improve in so many ways. 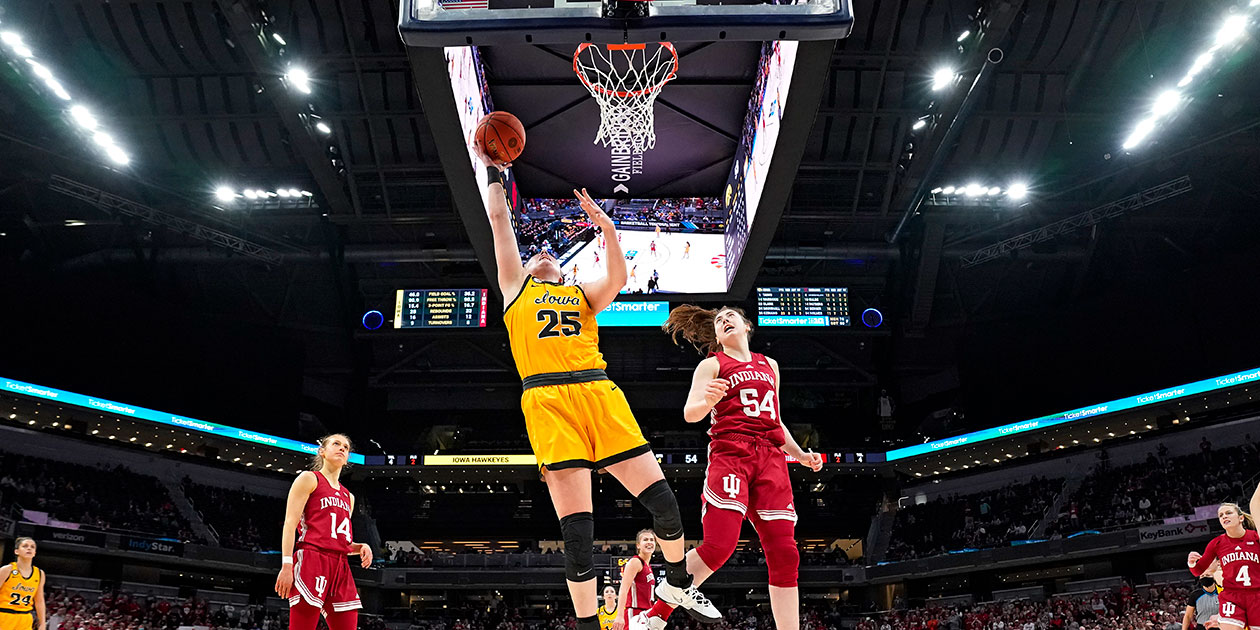 Photo: STEPHEN MALLY/HAWKEYESPORTS.COM Monika Czinano scored a team-high 30 points in the Hawkeyes' victory over the Hoosiers for the 2022 Big Ten tournament title.

What has been your favorite memory at Iowa?

There have been so many great memories and moments, but if I had to pick one, it would be winning the Big Ten Tournament last season. Afterward we were eating pizza together, and all of us were just a little stunned that we went to Indianapolis and made Iowa history—winning both the regular season and conference titles for the first time. Just having that moment with my fellow seniors—Kate Martin (22BS), Logan Cook (22BA), and Tomi Taiwo (22BA)—that was really great. I hope there are a few more great moments to come.

As a Division I student-athlete, you have the ability to inspire other young women in sports. What do you hope they learn from you?

As a teenager, I was taller and stronger than all of the boys, and I didn’t have anyone that I could look up to or relate to. I would tell other young girls that it’s beautiful to be big and strong—it’s something you don’t have to hide. I also wear my heart on my sleeve when I play basketball, and it’s OK to do that. If I can inspire even one young person, that’s enough for me.

Iowa is celebrating 50 years of women’s athletics this year. What does Title IX mean to you, and what work is still yet to be done for gender equity in sports?

Playing basketball is something that I love, and I can’t imagine it not being an option. Head Coach Lisa Bluder has told us a lot about Dr. Christine Grant (70BA, 74PhD), and I know she’s such a huge role model for many of us. I’m so lucky to be where I’m at today. Being a woman who can be strong and put that to use on the court—I’m indebted to everybody who has come before me to pave that path. Fifty years isn’t that long ago and learning more about Title IX has been very eye-opening. There’s still a lot of work to do in terms of getting women in sports and getting women in leadership roles as coaches and athletic directors. We’re making steps forward, and that’s what matters.

Iowa is celebrating the 50th anniversary of Title IX and Hawkeye women’s athletics this year. Learn more about the UI’s proud history of leadership and equity in women’s sports.

Iowa is celebrating the 50th anniversary of Title IX and Hawkeye women’s athletics this year. Learn more about the UI’s proud history of leadership and equity in women’s sports.