By Tyler Strand
The Hawkeyes' most memorable long ball of the basketball season came during a timeout on Senior Night. 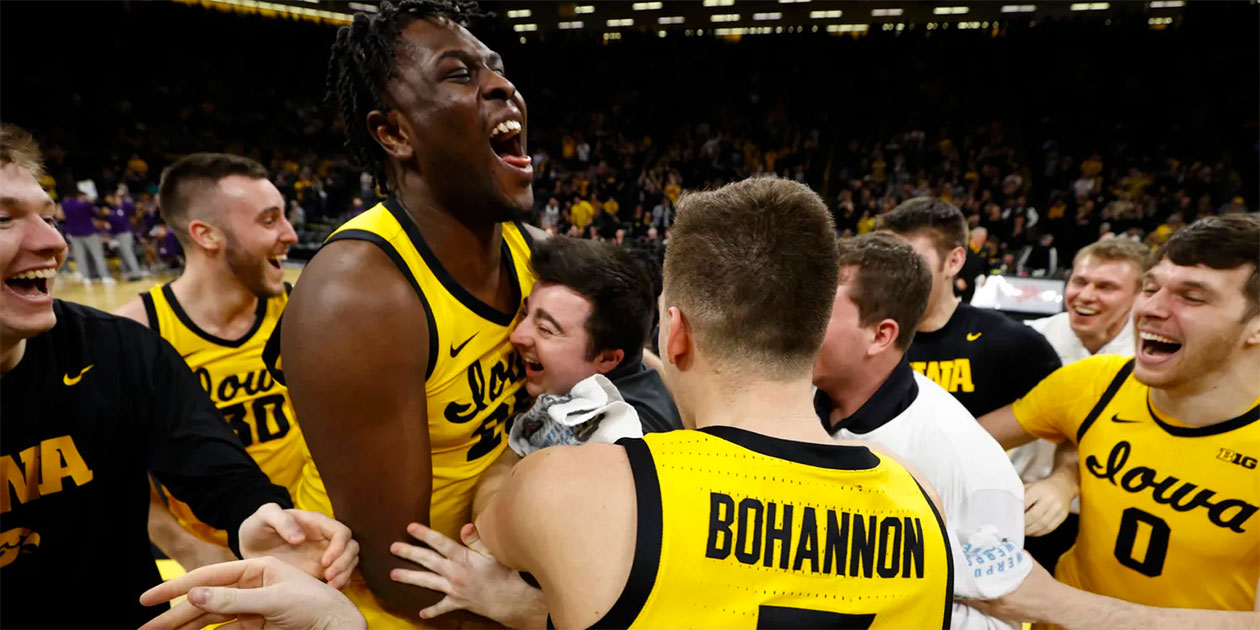 PHOTO: Brian Ray/hawkeyesports.com Senior manager Jack Devlin celebrates with the Iowa Hawkeyes after making a half-court shot during a timeout against the Northwestern Wildcats Monday, February 28, 2022, at Carver-Hawkeye Arena.

Earlier this season, senior student manager Jack Devlin inspired a March Madness-worthy celebration for the Iowa men's basketball team on Senior Night at Carver-Hawkeye Arena. The fourth-year student in UI REACH—a transition program for students with intellectual, cognitive, and learning disabilities—sank a half-court shot during a timeout and was swarmed by the entire Hawkeye team and fellow managers as the crowd roared. Coach Fran McCaffery punctuated the heartwarming moment by chest bumping Devlin and wrapping him in a big hug.

Reactions from the web

Every senior is getting their moment on Senior Night, even student manager Jack Devlin. Watch Iowa swarm Jack after he hit a half-court shot during a timeout. pic.twitter.com/sQI2eEtlnH

So cool to see the genuine love that @IowaHoops has for manager Jack Devlin. The scene after his half court shot was absolutely amazing. #Hawkeyes pic.twitter.com/ZuZmdsQa0T