By Josh O'Leary
All-Americans Luka Garza and Kathleen Doyle made history as the first Hawkeye duo to earn the conference's top basketball awards. 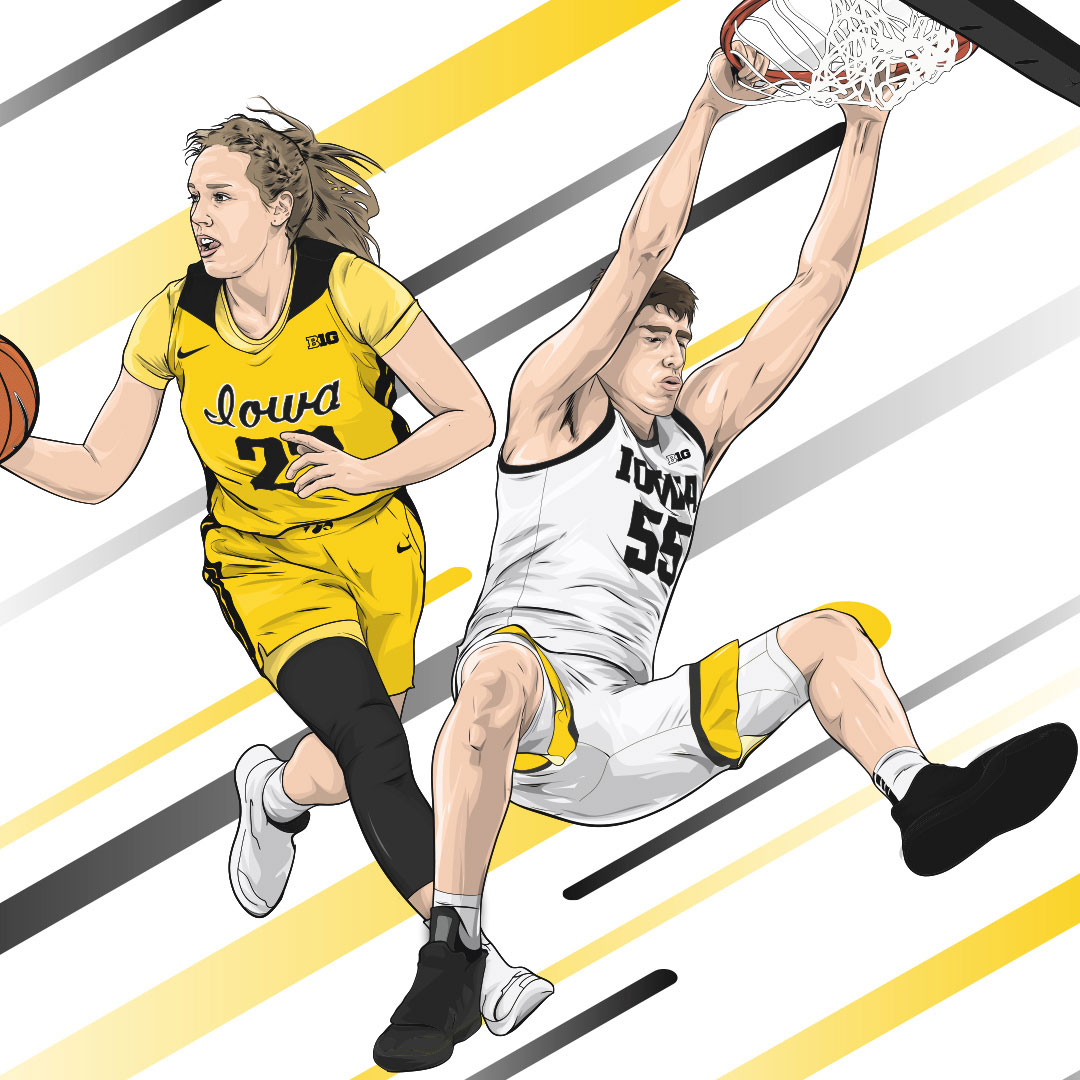 Iowa produced two of college basketball's most electrifying players this past season. Luka Garza and Kathleen Doyle (20BA) were named All-Americans, as well as the Big Ten men's and women's player of the year. Marking the first time the Hawkeyes swept the conference's two top basketball honors, the award-season haul was a silver lining to a season cut short by the pandemic.

Garza turned in one of the best individual seasons in program history, averaging 23.9 points and 9.8 rebounds per game. The junior center was named National Player of the Year by ESPN, the Sporting News, and several other major outlets. Following the season, he announced that he planned to test the waters of June's NBA Draft but didn't hire an agent, leaving the door open, as of press time, for a possible return to Iowa.

Doyle, a senior guard who averaged 18.1 points and 6.3 assists a game, was named an All-American by the Women's Basketball Coaches Association and a third-team member by the Associated Press. This was the third-straight year a Hawkeye was named Big Ten Player of the Year. In April's WNBA Draft, Doyle was selected in the second round by the Indiana Fever.