Ball in the Family: An Iowa Softball Star and Her Major League Dad 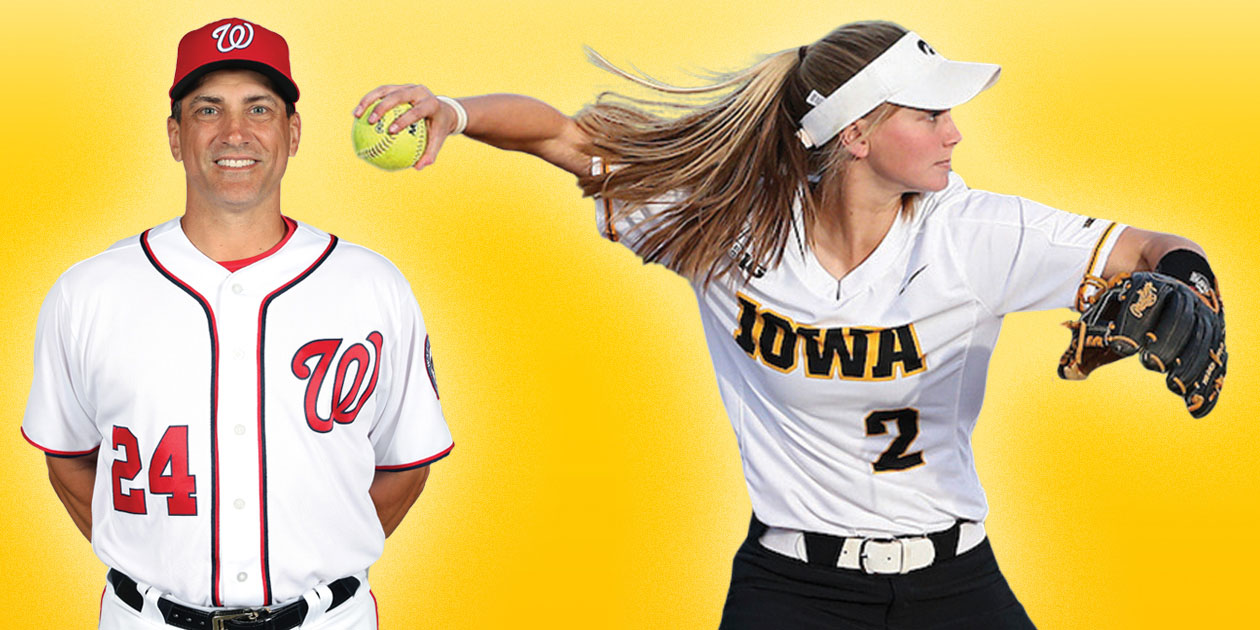 Hawkeye student-athlete Aralee Bogar looks forward to spring not only for the start of softball season, but also to show support for her dad on Major League Baseball's opening day.

Aralee started playing softball at 12 years old—in large part because of her father, who, at the time, was a coach for the Boston Red Sox. "I wanted to be like him when I was growing up," Aralee says. "Whenever he was home, he'd work with me—whether it was hitting me ground balls or working on my hitting."

In 2019, Tim Bogar was named first-base coach for the Washington Nationals. The Nationals had a storybook season, which included winning the World Series over the Houston Astros for the city's first title in more than 90 years.

"Our entire family went to D.C. for the three-game homestand, and [the Nationals] lost all three games," says Aralee. "The team went back to Houston for the final two games, and I ended up watching the Nationals win it all on TV. I was so proud of my dad, and he's been on cloud nine ever since."

Aralee, who came from Texas to Iowa in part because of the UI's highly rated speech-language pathology program, hopes to replicate the Nationals' fortunes for the Hawkeye softball team. She's led the Big Ten the past two seasons in stolen bases. "My speed is what helps our team the most and wreaks havoc on our opponents," she says.