A League of Her Own

By Josh O'Leary
Megan Gustafson punctuates her record-breaking career with national player of the year honors. 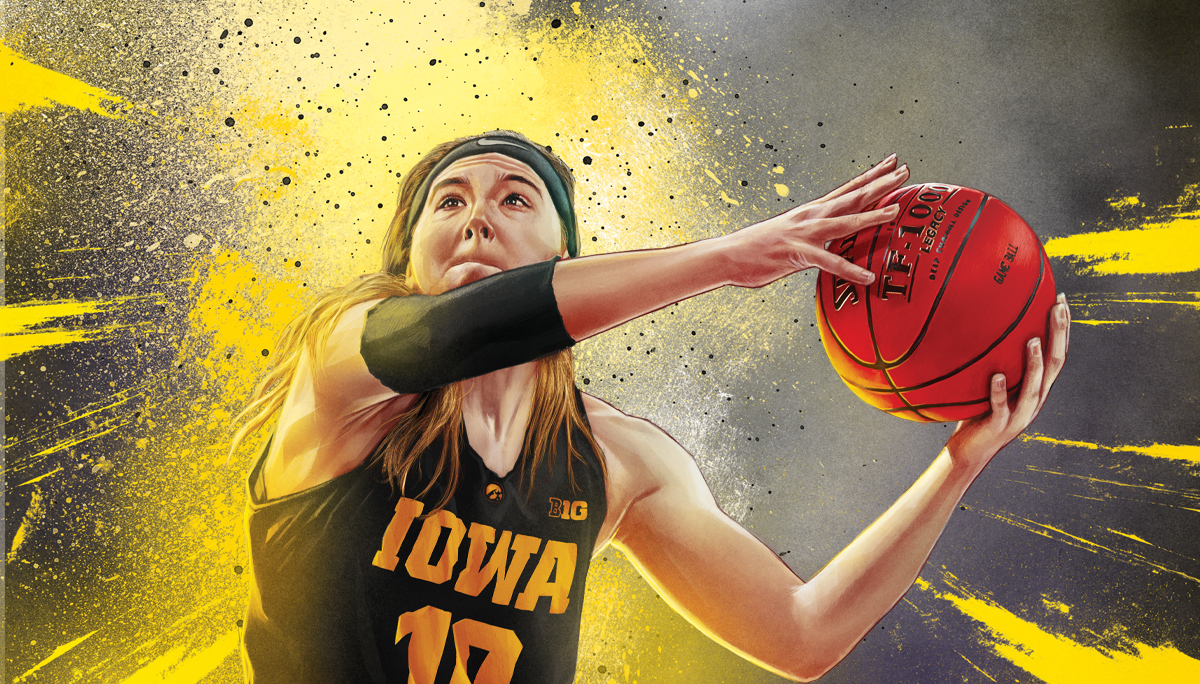 ILLUSTRATION : DAVE MERRELL Click on the image to view the full illustration.

Lisa Bluder has coached plenty of talented players in her 19 seasons with the Iowa women's basketball team. But she says there will never be another Hawkeye like Megan Gustafson.

Gustafson rewrote the Iowa record books this past winter, becoming the program's all-time leading scorer and rebounder while piling up a mountain of conference and national accolades along the way. Despite facing double- and even triple-teams game after game, the post player from Port Wing, Wisconsin, capped a career that is unparalleled in Hawkeye history.

"This is a player who is very special," Bluder says. "We may never see in another lifetime a person who contributes as much to basketball success—male or female—at the University of Iowa."

A 6-foot-3 senior, Gustafson led the Hawkeyes to a 29-7 season, a Big Ten Tournament championship, and the program's first Elite Eight appearance since 1993. Gustafson finished her career with 2,804 points and 1,460 rebounds, and she became just the fourth player in NCAA women's basketball history to score more than 1,000 points in a single season. After averaging 27.9 points and 13.4 rebounds per game, Gustafson was named Naismith Player of the Year as the NCAA's most outstanding student-athlete. She also earned the AP Player of the Year award, the Lisa Leslie Award for the nation's best center, and first-team All-American honors, among a long list of other accolades.

"I definitely have to credit that to my coaches," Gustafson said after receiving the U.S. Basketball Writers Association's Player of the Year Award at the Final Four. "They've pushed me to be the best player I can be, but also the best person. And that means more than anything."

Gustafson's senior season was filled with record-shattering milestones. With a spin move and bucket in the paint in late December at Michigan State, Gustafson broke former teammate Ally Disterhoft's (17BBA) all-time scoring mark of 2,102 points set just two years ago. And earlier in the season, Gustafson collected 16 boards in a win over Iowa State to shatter the program's career rebounding record of 1,080 set by Cindy Haugejorde (84BS) in 1980.

Even the great Roy Marble (91BA), whose 2,116 points have topped the men's record books since 1989, now stands second to Gustafson's productivity. "I'm just really proud to be able to wear an Iowa uniform," says Gustafson. "I know my time here is winding down, but I love every single day to be able to go out to play in Carver-Hawkeye Arena."

Gustafson's career is far from over. She's projected to be a first-round pick in the WNBA Draft, which she's been invited to attend in New York. 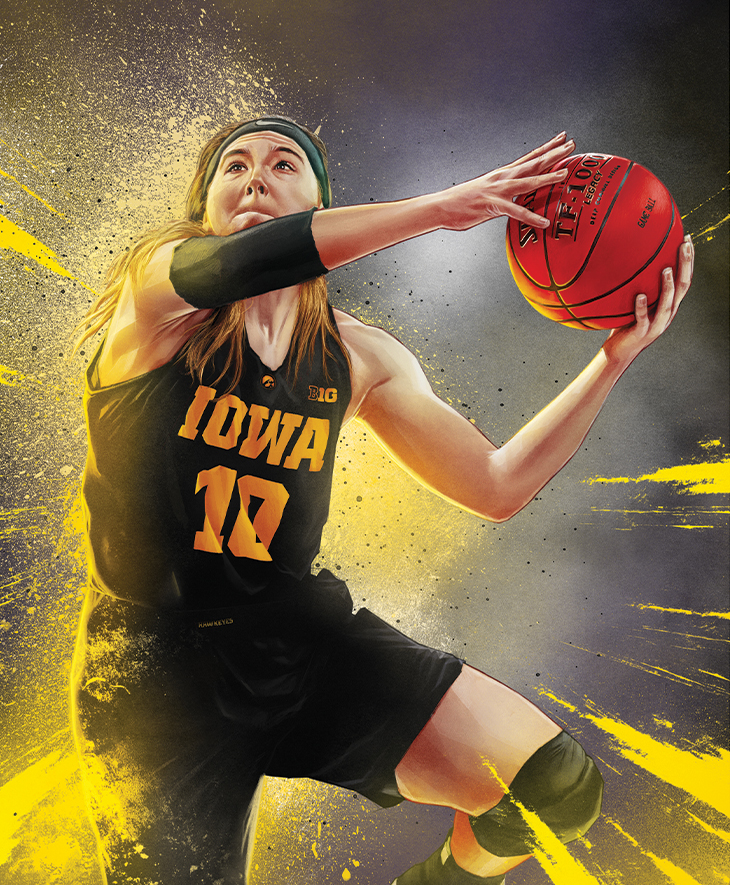 TOP OF THE CHARTS

When Megan Gustafson broke the UI career scoring record this past season, she eclipsed a number of Hawkeye legends. Here are the top five scorers in Iowa women's hoops history:

TOP OF THE CHARTS

When Megan Gustafson broke the UI career scoring record this past season, she eclipsed a number of Hawkeye legends. Here are the top five scorers in Iowa women's hoops history:

Join our email list
Get the latest news and information for alumni, fans, and friends of the University of Iowa.
Sign up now
Related Articles
How Christine Grant Changed the Game
On the 50th anniversary of Title IX, the University of Iowa celebrates the legacy of the athletics administrator who helped level the playing field nationally and sparked a women's sports revolution.
Iowa Student-Athletes Use NIL Deals to Give Back
Meet 11 Hawkeyes who have dedicated their platforms to supporting UI Stead Family Children's Hospital and other causes.
Watch Student Manager Jack Devlin Sink Iowa's Shot of the Year
The Hawkeyes' most memorable long ball of the basketball season came during a timeout on Senior Night.
Iowa Celebrates 50th Anniversary of College World Series Team
Former Major League Baseball player Jim Sundberg reflects on the 1972 Hawkeye squad.