Iowa, We Must Not Rest On Our Laurels

The Midwest defies neat categorization. Debates abound on the seemingly trivial, often futile, attempts to understand the contours of the region. Is Ohio part of the Midwest? Is there actually a Great Plains subregion? The region is inexplicably both undefinable yet representative of the nation as a whole. In defining themselves, Midwesterners buy into their myth of a pastoral meritocracy and progressivism, gesturing frequently to the notables and firsts, while ignoring the (not so) subtle ways discrimination impacts those on the margins. Lying just under the surface, the Midwest's long history of race relations, like the very definition of the region, is complicated.

For Hawkeyes, there are many hallmarks bolstering the myth of racial progressivism. Iowa became one of the first states to grant Black males the franchise in 1868. One hundred years later, Gov. Robert Ray (12LLD) inaugurated an expansive resettlement program to relocate thousands of Southeast Asian refugees to Iowa in the 1970s. For the university, an entire webpage dedicated to "A Proud Tradition" celebrates the institution's defining moments of inclusivity on campus. The list extends almost to the university's founding when, in 1855, the University of Iowa became the first state institution to admit men and women on an equal basis. The law school graduated the nation's first African American and first female juris doctorate recipients. The Gay, Lesbian, Bisexual, Transgender, and Allied Union—founded in 1970—is one of the oldest continuously funded queer university organizations in the country.

"As Hawkeyes continue to shape the world in art, music, science, and the humanities, we must also do so in the realm of racial justice."

Despite these shining moments, plenty of other history is not only unpromoted but actively forgotten. Over the past 10 years, the state of Iowa has slashed its Civil Rights Commission budget by 37%. While racial diversity has grown in Iowa City between 1990 and 2010, residential segregation has also increased. University students voted Dora Martin Berry the first Black Miss SUI in 1955, but the administration canceled her official appearances, including not allowing her to ride in the Rose Bowl parade float. The following year, they changed the competition rules to ensure they would have unprecedented powers in the selection process. More recently, the demotion of African American studies from a PhD-granting department to a program and the high turnover rates of faculty of color across campus are two additional marks that blemish Iowa's record.

I mention these things not to shame the university, but to contextualize the current political moment and impel readers to action. Outwardly, it seems we have made great strides since renowned sculptor Elizabeth Catlett (40MFA) sought community housing, because as a Black woman, she could not live on campus while pursuing an MFA degree. After all, Iowa's largest dormitory is now named after her. Although these overt examples of race prejudice may have lessened, it does not mean such discrimination has been eradicated. Nor does it mean we work and learn on a bias-free campus. Subtler—and frankly more insidious— discrimination across all categories continues to loom, making the challenge to dismantle it more difficult. Hidden racism is no less hurtful but certainly more difficult to extricate. In a June 11 protest against police violence, a crowd meets at the Old Capitol in Iowa City to march into Coralville. A protester holds up a sign in front of the Johnson County Sheriff's Office as part of a June 1 demonstration in Iowa City. While these major structural issues seem insurmountable, there is plenty we can do.

The first crucial task is that instead of resting on the achievements of yesteryear, we must seek opportunities to generate new milestones. Second, we must acknowledge our past and current mistakes. There is a long history to be proud of, but while our best moments grace glossy magazine covers, we must also reconcile those times where we do not live up to our values. While certainly a painful task, it is the only way forward. As Hawkeyes, we know our history and our obligation to do better.

We once again find ourselves in a place not to take the middle road but to lead. Progress and equality do not happen accidentally; we must seize the opportunity to define ourselves by expanding democracy, not contracting it. As Hawkeyes continue to shape the world in art, music, science, and the humanities, we must also do so in the realm of racial justice. Now more than ever, the University of Iowa and its community must be proactive, not reactive. We must ask ourselves as students, staff, faculty, and alumni, not what is the least we can do, but the most.

Acknowledging that "since its founding in 1847, the university and its alumni have been at the forefront of efforts to empower women and African Americans," we must not content ourselves with past victories, but create structures, institutions, and practices to allow those on the margins to thrive in the present, building the future. 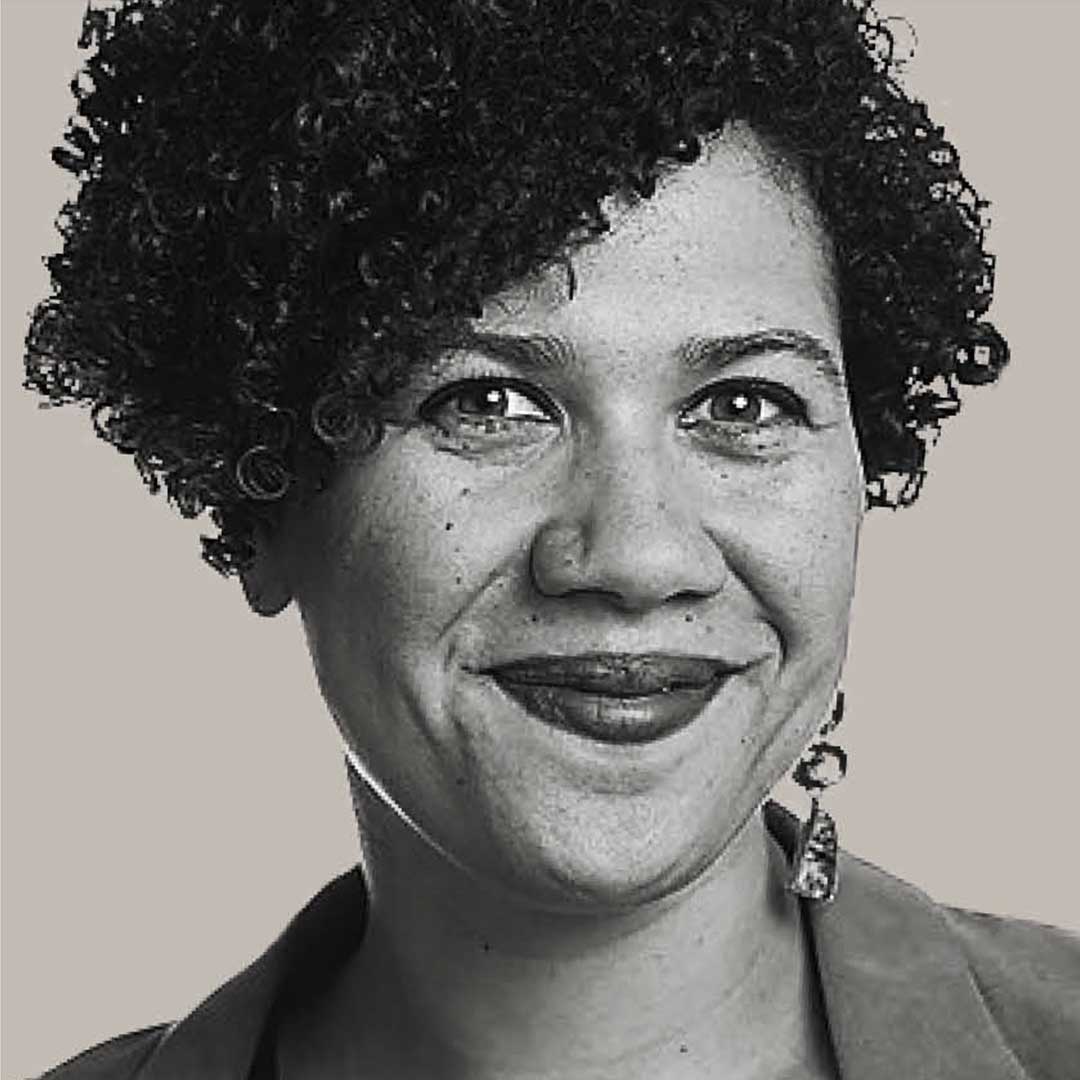 Dr. Ashley Howard is an assistant professor of history and African American studies at Iowa. Her research interests include African Americans in the Midwest; the intersection between race, class, and gender; and the global history of racial violence. Her manuscript Prairie Fires: Class, Gender, and Regional Intersections in the 1960s Urban Rebellions analyzes past resistance to racialized oppression in the Midwest.

Ashley Howard and Simon Balto, assistant professors of history and African American studies at Iowa, discuss “Racial Equity and Human Rights: Historical Perspectives on Anti-Black Violence and Visions for the Future” in a conversation with the University of Iowa Center for Human Rights.

Ashley Howard and Simon Balto, assistant professors of history and African American studies at Iowa, discuss “Racial Equity and Human Rights: Historical Perspectives on Anti-Black Violence and Visions for the Future” in a conversation with the University of Iowa Center for Human Rights.
Join our email list
Get the latest news and information for alumni, fans, and friends of the University of Iowa.
Sign up now
Related Articles
In Memory Fall 2022
Remembering the Hawkeyes we've lost, including banker and philanthropist Ernie Buresh and former UI College of Pharmacy dean Jordan Cohen.
UI Latino Native American Cultural Center Helps Students Find Their Voice
Alumni shared their stories at the center's 50th anniversary celebration earlier this spring.
University of Iowa Salutes the Service of Seven Hawkeye Veterans
In conjunction with Veterans Day, the UI honors military members for their contributions to community and country.
Nonfiction Essay: Dressed Up
An ocean away from family during the pandemic, a University of Iowa adjunct professor of creative writing thinks of her Nigerian father and his impeccable fashion sense.