The Road to the Future Runs Through Iowa

Success and the City: Q&A with Fatima Farheen Mirza

By IM Staff
The latest alumni accolades, including a milestone birthday for hospital leader John Colloton

Katlyn Bay (20JD) is an associate in the corporate department at Fox Rothschild law firm in Minneapolis.

Mikhayla Hughes-Shaw (20BA) is a multimedia journalist for Local 4, WHBF, and KLJB Fox News in the Quad Cities.

Adam Bradford (10PhD) is dean of the Graduate College at Idaho State University in Pocatello, Idaho.

Lorin Fisher (18PharmD) is a clinical assistant professor in the UI College of Pharmacy's Department of Pharmacy Practice and Science and a clinical pharmacy specialist for the Adult Palliative Care Clinic at UI Hospitals & Clinics.

Yaa Gyasi (14MFA) was named to the American Library Association's longlist for the 2021 Andrew Carnegie Medals for Excellence in Fiction for her novel Transcendent Kingdom.

Tanner Hartsock (17BS, 19MS) is a consultative sales representative at BioLynceus, a company based in Estes Park, Colorado, specializing in microbial solutions for wastewater and soil remediation.

Tessa Hursh (15BA) is a social media manager at ESPN.

Brooklynn Kascel (16BA), a freelance photographer in Minneapolis, was featured in Time magazine's "Top 100 Photos of 2020" for her image of a store damaged by fire during last summer's protests.

Scott Lahn (13BA) is a senior creative producer for The New Company, a design and marketing studio in San Francisco.

Marilynne Robinson (17LHD), professor emerita at the UI Writers' Workshop, was named to the American Library Association's longlist for the 2021 Andrew Carnegie Medals for Excellence in Fiction for her novel Jack.

Derrick Shostrom (14BS, 17MPH) is program coordinator and informational manager with the State Hygienic Laboratory at the UI.

Caitlin Tanzer (15BBA) is a creative project coordinator for the Minnesota Vikings in Minneapolis.

Oni Buchanan (00MFA), founder and director of Ariel Artists, a classical and contemporary music management company, is author of a new book of poetry titled Time Being, published by University of Iowa Press.

Cate Denial (05PhD) is professor of American history, chair of the history department, and director of the Bright Institute at Knox College in Galesburg, Illinois, as well as author of the forthcoming book A Pedagogy of Kindness, which is under contract with West Virginia University Press.

John Hansen (07BA), an English faculty member at Mohave Community College in Kingman, Arizona, was named Educator of the Year by the Kingman Area Chamber of Commerce.

Cathy Park Hong (02MFA) was named to the American Library Association's longlist for the 2021 Andrew Carnegie Medals for Excellence in Nonfiction for her book Minor Feelings.

Pres Maxson (02BA), a copywriter in Carmel, Indiana, has self-published his third novel, Kevin on Earth: An Extra-Terrestrial's Account of Life on Earth in 2020.

Norma Miller (07MPH), an associate biosafety officer at the UI, is also a public health officer at the 190th Air Refueling Wing, Kansas Air National Guard, who assisted in the ARW's COVID-19 response.

Nichole Fisher Moreau (00BBA) is director of operations at Sigma Pharmaceuticals in North Liberty, Iowa, and an adjunct assistant professor in the UI College of Pharmacy.

Buffy Quintero (00BA, 11MA), a teacher at Longfellow Elementary in Iowa City, received the Elementary Art Educator of the Year Award from Art Educators of Iowa.

Casey Hundertmark Villhauer (07PharmD) is the owner of VaxiTaxi, an independent pharmacy that delivers flu shots to homes in central Iowa.

Alison Kibler (91MA, 94PhD), professor of American studies and women's, gender, and sexuality studies at Franklin and Marshall College in Lancaster, Pennsylvania, received the Coordinating Council for Women in History's Rachel Fuch Award, which recognizes service to the profession.

Claudia Gonzales Marban (99BA, 99BBA), a private wealth adviser and president of Claudia Marban & Associates in Frankfort, Illinois, was recognized in Fortune as a 2020 Five Star Wealth Manager and among the Five Star Professional Women in Wealth.

Allison Wright Naleway (96BS, 97MS, 00PhD), a distinguished investigator and associate director of science programs at Kaiser Permanente Northwest in Portland, Oregon, is part of a team working with the CDC to study the epidemiology of COVID-19.

Rick Osborn (90PhD) recently retired from East Tennessee State University in Johnson City, Tennessee, with dean emeritus status after 30 years at the university, including the last 12 as dean of the School of Continuing Studies and Academic Outreach.

Mark Radtke (97BBA) is an attorney in the bankruptcy, insolvency, and restructuring practice at Cozen O'Connor law firm's Chicago office.

Nancy Lasack Shapiro (93BSPh, 95PharmD), clinical professor at the University of Illinois at Chicago College of Pharmacy, was appointed to assistant head for education in the Department of Pharmacy Practice.

Jon Clingman (81BSPh) retired after 30 years as a pharmacist in the Vinton, Iowa, area.

Simon Estes (86BM), a world-renowned bass-baritone opera singer, is one of 10 inductees into the new Opera Hall of Fame by the nonprofit organization OPERA America.

Daniel Hauser (86BA) is author of the new novel The Graveyard Gang, published by Calumet Editions.

Mary Hildebrand (80BSPh) is manager of the Walmart Neighborhood Market Pharmacy in Harrisonburg, Virginia, and a pre-pharmacy adviser at James Madison University.

Terri Brown Lenzo (87MFA), an assistant professor of music education at Ohio Northern University in Ada, Ohio, is a member of the board of trustees for the Ohio Music Education Association and editor of TRIAD, the association's official publication.

David R. Nelson (89MA), president and CEO of Inovacus, a health service consulting firm in Baltimore, Maryland, is serving as consultant/special advisor to Advanced Pain Management in Milwaukee for strategic planning during the pandemic.

Mary Greenwood Parr (84BS) is a professor of recreation, park, and tourism management at Kent State University in Kent, Ohio.

Dawn Roorda Prosser (89BS) is director of communications for the Catholic Diocese of Sioux City, Iowa.

William Seaton (88MA), a poet, translator, and critic, is author of a new collection of poems, Planetary Motions.

Francis Hamit (72BGS, 76MFA), a Los Angeles-based author and playwright, has made his 2004 play Memorial Day available for production by community and other theater groups via stageplays.com.

Thomas E. Johnson (76BA, 80MD) is professor of clinical ophthalmology at the Bascom Palmer Eye Institute at the University of Miami Miller School of Medicine, a volunteer in developing countries with ORBIS International, and author of the new book Anophthalmia: The Expert's Guide to Medical and Surgical Management.

Aldean Kainz (78BA, 81JD), a partner at Jackson Walker law firm in Austin, Texas, was named to the 2021 Best Lawyers in America list.

Kathryn Kane (72MA, 76PhD), a retired marketing and communications executive and an award-winning artist, was featured in her third solo exhibit in a Chicago area gallery in spring 2020.

Michael Welsh (71BS, 74MD, 77R), a professor in the UI Carver College of Medicine, director of the Pappajohn Biomedical Institute of Pathology, and investigator in the Howard Hughes Medical Institute, is one of three finalists for Sanford Health's Lorraine Cross Award, presented annually to a pioneer in global medicine.

Howard Kerr (60BA), a former White House advisor who served 21 years in the U.S. Navy, including as commander of the USS Hawkins and USS Kinkaid and commodore of Destroyer Squadron 33, received a 2020 Hawkeye Distinguished Veterans Award.

John Lisle (64BBA) serves on the board of directors of Sukup Manufacturing, a manufacturer of grain bins and accessories in Sheffield, Iowa.

Walter Tevis (60MFA), the late novelist and short story writer, recently had his 1983 novel The Queen's Gambit adapted into a popular Netflix miniseries.

Phillip Truckenbrod (63BA) is author of the books Winterset in Time: Growing up Gay in Small Town Iowa and Organists and Me: Half a Century as an Agent for Musicians, both of which he published recently through Amazon.

Ann Berner Sexton (58BA) was honored by the Ferguson Library in Stamford, Connecticut, which named its board room after Sexton in recognition of the 36 years she volunteered for the Friends of the Library, including four terms as president.

David Skorton, former UI president and president and CEO of the Association of American Medical Colleges, was chosen to serve as a member of U.S. President Joe Biden's transition team's arts and humanities group.

Kevin Washburn, dean of the UI College of Law, was chosen to serve as a member of U.S. President Joe Biden's transition team to lead a review of the Department of Interior. 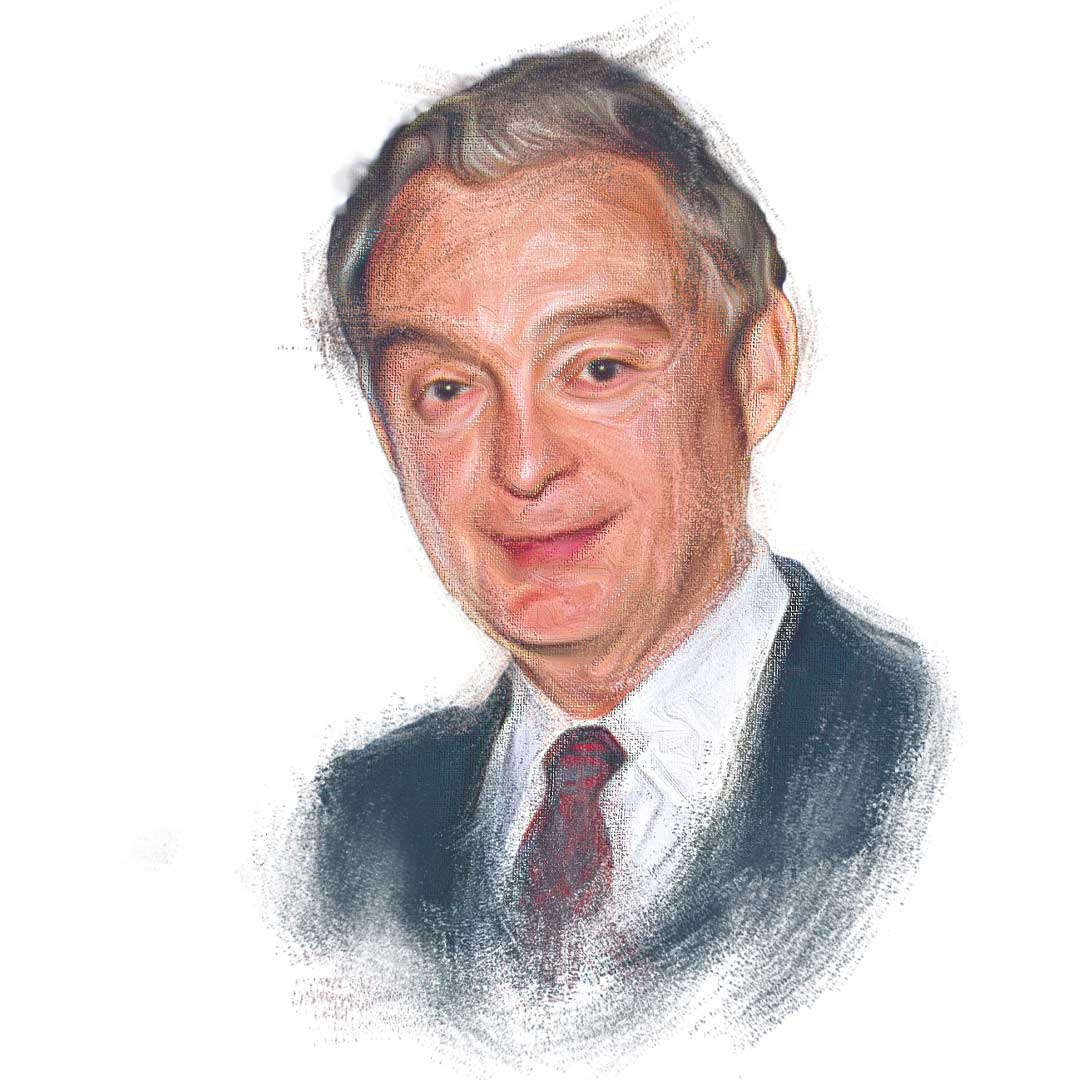 UI Hospitals & Clinics director emeritus John Colloton (57MA, 13LHD) celebrated his 90th birthday on Feb. 20. A College of Public Health alumnus, Colloton dedicated more than four decades of his career to the UI and guided the transformation of UI Hospitals & Clinics into a modern teaching hospital and world-class academic medical center. The Mason City, Iowa, native began his career as an administrative resident at UI Hospitals & Clinics and rose through the ranks, serving for 23 years as director and CEO. He retired in 2001 as UI vice president for statewide health services but has remained a generous supporter of numerous university areas.

Over the past two decades, Colloton and his late wife, Mary Ann (57BSN), have donated to UI Athletics, the College of Public Health, UI Libraries, Hancher Auditorium, UI Hospitals & Clinics, and the Roy J. and Lucille A. Carver College of Medicine, among other recipients. In 1982, the Board of Regents, State of Iowa, recognized his accomplishments by designating a new, $100 million addition to the UI Hospitals & Clinics as the John W. Colloton Pavilion.