The Frontiers of Film 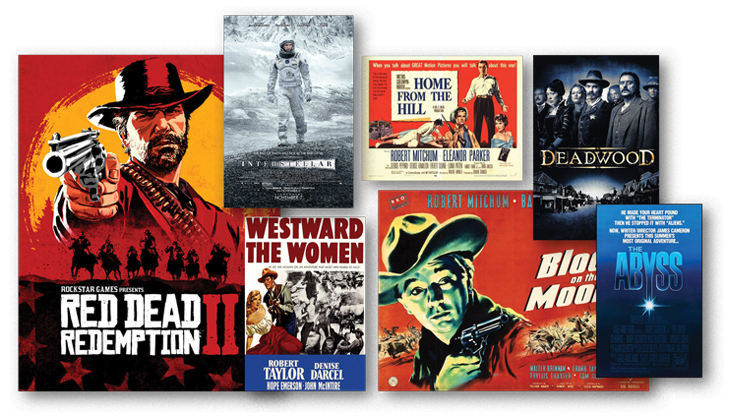 Identity and Freedom in Frontier Media

Fifteen film students are enrolled in this three-credit-hour senior seminar, which serves as a capstone course for the program. It's one of nearly 60 classes offered across campus this spring as part of the American Dream theme semester.

Students open the course with an 1893 essay from historian Frederick Jackson Turner, who extolled the idealism of the frontiersman. In The Significance of the Frontier in American History, Turner made the case that the nation's march westward was at the very heart of American identity. "He dreamed dreams and beheld visions," Turner wrote. "He had faith in man, hope for democracy, belief in America's destiny, unbounded confidence in his ability to make his dreams come true."

Students examine how that pioneering spirit remains branded in our national psyche, as seen through the lenses of filmmakers. Beginning with the westerns of Hollywood's golden age, the idea of forging new territory—and the greater social and religious freedoms the frontier represents—has been a wellspring for storytellers. "One of the biggest things about the American dream and American exceptionalism was that we could go west and find ourselves and create new identities on the frontier," Kierstead says. "What this course looks at is whether the American dream is still possible when we lose these frontiers."

The untamed west of Blood on the Moon (1948) and Westward the Women (1951)—films screened by the class—may be a thing of the past, but new frontiers have emerged. Movies set on the open ocean and in the depths of space follow the tradition of these westerns in exploring grim but often liberating worlds. "There's a sense of wonder, but also terror that anything could happen," Kierstead says of the sci-fi films studied by the class, which include The Abyss (1989) and Interstellar (2014).

Students also consider frontier media beyond film, including TV shows like HBO's Deadwood and popular video games like Horizon Zero Dawn. The class discusses the questions of masculinity raised by the 1960 film Home from the Hill, the religious themes of the 2000s sci-fi series Battlestar Galactica, and the moral quandaries of the 2018 video game Red Dead Redemption 2.

Even more, undergraduates learn how to execute a high-level research project—developing a topic, identifying resources in the library stacks, and sharing their findings through presentations and blog posts. The class culminates with a polished 12-page research paper, but because it's a cinema class, Kierstead offers students the opportunity to create short films to supplement their work.

At the end of their research trail, students arrive at a deeper understanding of not only the frontier film tradition, but the American dream itself. Says Kierstead of both: "It's about finding new ways to better ourselves and new ways to build a better world."