View All From You
Share
IOWA Alumni Magazine | October 2009
Newsmaker: Philip Kutzko
By IAM Staff
Math professor Philip Kutzko is being nationally recognized for his efforts in helping the UI recruit minority students. 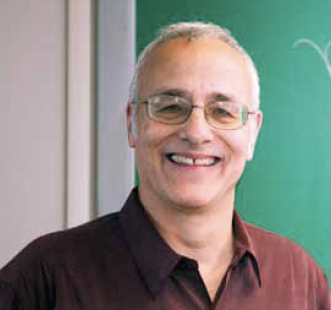 Philip Kutzko grew up in a racially diverse housing project in New York City, attended the 1963 March on Washington, and witnessed Martin Luther King, Jr.'s "I Have a Dream" speech. Inspired by his upbringing, the UI mathematics professor has led the charge to make higher education more accessible to first generation and minority college students—and he has been rewarded for his efforts by the country's first African-American president. In a White House ceremony this fall, Barack Obama will present Kutzko with the 2009 Presidential Award for Excellence in Science, Mathematics and Engineering Mentoring. Kutzko will also receive $10,000 to advance his mentoring of minority graduate students underrepresented in mathematics.

Since 2002, more underrepresented students have received mathematics doctorate degrees from the UI than from any other school in the country. Together with his colleagues, Kutzko helps attract minority graduate students by offering scholarships and building lasting connections with undergraduates at historically black or Hispanic colleges. He directs the National Science Foundation sponsored National Alliance for Doctoral Studies in the Mathematical Sciences, which hosts the annual Iowa Mathematical Field of Dreams Conference to encourage underrepresented students to consider an advanced math degree. Though minority students often face culture shock, Kutzko and his colleagues help ease the transition; they welcome each person into the UI community, pair them with mentors, and invite them to share their background. Their efforts have not only improved the mathematics department, but have also been used as a model for recruiting and retaining minority students at Iowa's other public universities.


What do students say about Kutzko?