By Ellen Yandel
1 minute read
In the decade since Tad Agnew's death, an annual Davenport fundraiser has brought together his friends—and more than $350,000 to support the UI Holden Comprehensive Cancer Center. 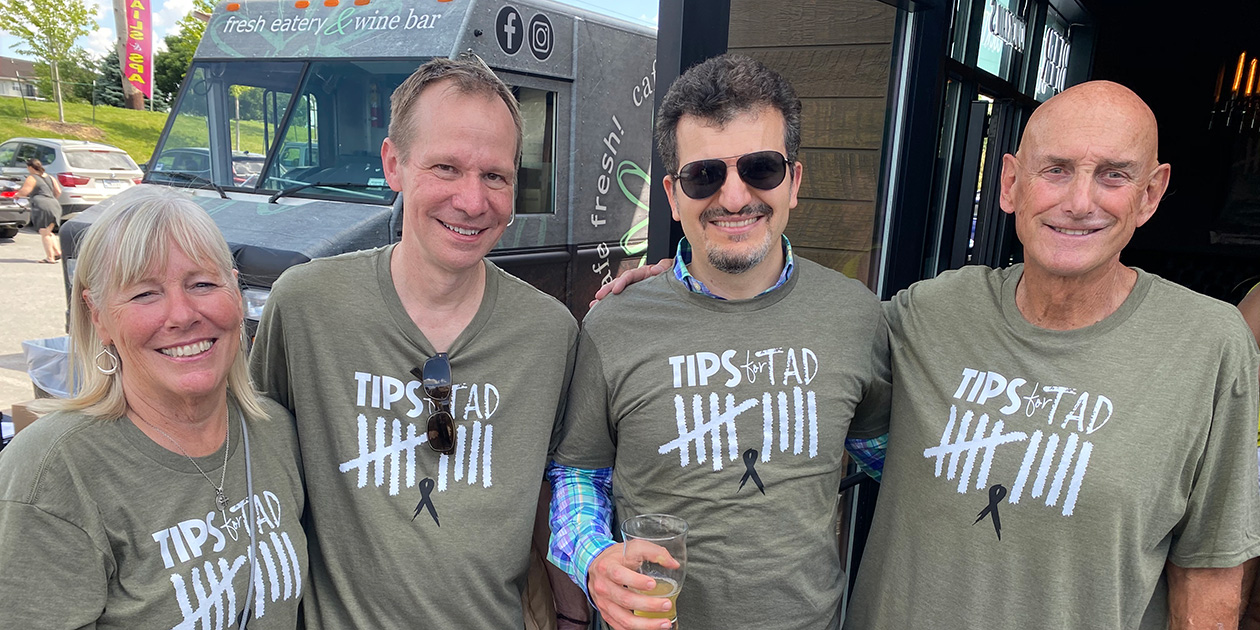 Cancer put Christopher "Tad" Agnew's dreams of studying at the University of Iowa to become a paramedic on hold.

In 2009, Agnew was diagnosed with stage four melanoma after doctors discovered four lesions on his brain. Following two brain surgeries, chemotherapy, radiation, and clinical trials, he died of the disease in 2012—just a month shy of his 34th birthday.

In memory of the Bettendorf, Iowa, native, Agnew's family and friends have gathered every year since on his birthday to raise money for melanoma research. On May 14, the Tad Agnew Foundation will hold its 10th annual Tips for Tad fundraiser at a pub in Davenport, Iowa, where guests will add extra tips on their drinks toward the cause.

After collecting just a few thousand dollars in 2012, the event has grown considerably, raising over $350,000 in total through 2021. All donations are directed toward the UI Holden Comprehensive Cancer Center, where Agnew received care.

Looking to the future, the foundation plans to increase awareness of melanoma and support potentially lifesaving research. "We've seen firsthand how devastating this disease can be, and we don't want to see other people go through what Tad did," says Tad's father, Chris. "I think he'd be proud of what we're doing to help people."

Support the the Tad Agnew Foundation.

Find out more on the care and treatment of melanoma at UI Holden Comprehensive Care Center.

Support the the Tad Agnew Foundation.

Find out more on the care and treatment of melanoma at UI Holden Comprehensive Care Center.

Join our email list
Get the latest news and information for alumni, fans, and friends of the University of Iowa.
Sign up now
Related Articles
After Cancer Fight, UI Senior Gives Back with Dance Marathon
The student organization's finance director knows firsthand what patients are up against.
Army Turns to Iowa Experts as It Overhauls Fitness Standards
The UI's Virtual Soldier Research Program puts the Army Combat Fitness Test through its paces.
Terrapin Fan Funds New AEDs After Cardiac Emergency at Iowa Basketball Game
Stan Goldstein collapsed inside Carver-Hawkeye Arena while cheering for the Maryland men's basketball team. After receiving life-saving care at Iowa, he made a gift to say thank you and help others who may experience a similar crisis.
Family Marks 10 Years of Fundraising for Iowa Vision Research
Sam’s Scramble for Sight, an annual golf tournament in Michigan, has raised $4.5 million to fight inherited eye diseases.