A Boost for Iowa Women in Politics 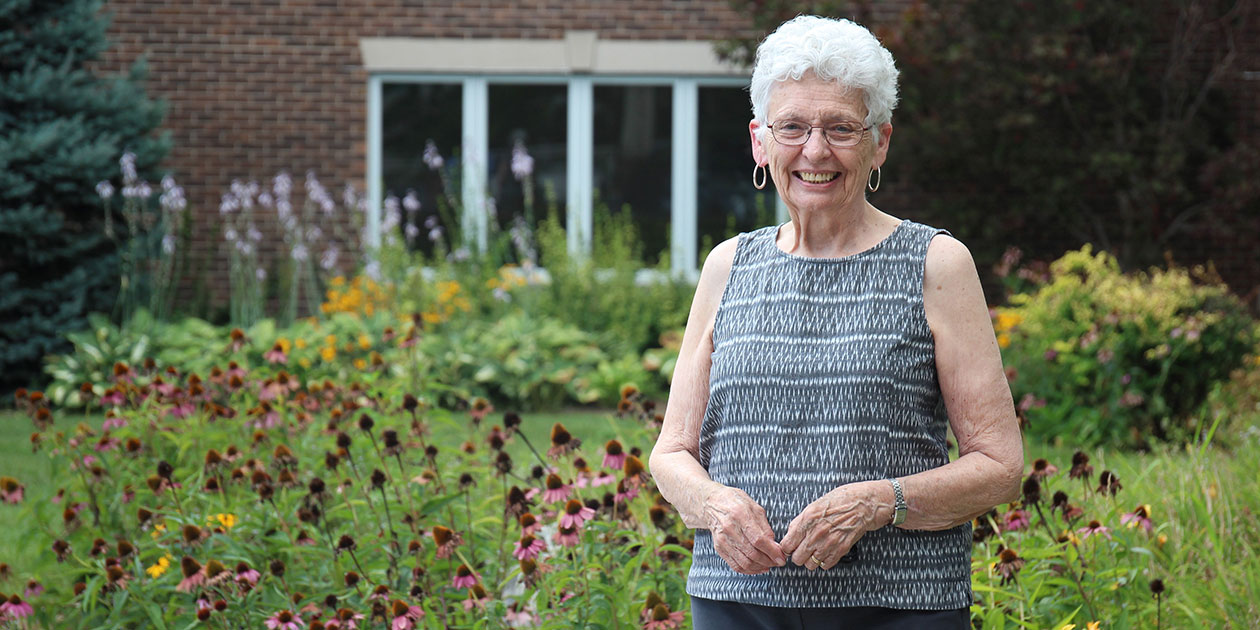 Contributed Photo Jean Lloyd-Jones has devoted much of her career to encouraging Iowa women to pursue careers in politics. Now she's helping share those stories, in perpetuity, thanks to a gift to the Iowa Women's Archives.

Jean Lloyd-Jones (71MA) spent 16 years as an Iowa legislator and has spent much of her life advocating for women—from all backgrounds and political affiliations—to pursue careers in politics.

Lloyd-Jones' latest venture aimed to commemorate the centennial of the 19th amendment in 2020 and pay tribute to Iowa women who served in statewide or national public office. "I found that trying to unearth information about Iowa women and what they did during suffrage—as well as the 100 years since—was a monumental task," says Lloyd-Jones. "No one kept good records."

John Culshaw, who holds the title of Jack B. King University Librarian at the University of Iowa, told Lloyd-Jones that his team of librarians, information specialists, and individuals within the digital scholarship and publishing studio could help bring her vision to life. "As a 21st century research library, we preserve and create knowledge, which are integral parts of the university experience," says Culshaw. "Jean had this great idea, and we wanted to help tell the stories of Iowa women in politics while creating a dynamic tool that could be updated over time."

Earlier this year, the Hard Won, Not Done—A Salute to Iowa Women Politicians site launched on the UI Libraries webpage. More than 50 of Iowa's current and former female politicians took part in the initiative, and tributes were included on former politicians who have since died.

While Lloyd-Jones was thrilled to see the site go live, she knew it could be much more. "The Hard Won, Not Done website has all of the women who have ever served in the Iowa legislature," she says, "but if it's going to be any sort of research tool for future generations, it needs to be more robust."

That's why Lloyd-Jones, of Iowa City, recently made a $2 million gift to support the Iowa Women's Archives—which is housed with the UI Libraries' Special Collections & Archives—to create a position dedicated to their expansive political collection, including to the new Women in Politics website. Culshaw also sees the person who holds the title working to bring new collections to the Iowa Women's Archives, teaching classes involving women in Iowa politics, and helping K-12 teachers around the state to share the stories of Iowa women in politics. The new position will be called the Jean Lloyd-Jones and Michal Eynon-Lynch Iowa Women's Archives Women in Politics Archivist—the second named position within the UI Libraries.

Michal Eynon-Lynch (03MA) is Lloyd-Jones' granddaughter. A former world history teacher who co-founded an educational startup, Pear Deck, she's excited to see women's history being brought alive thanks to her grandmother. "We know that women—whether it's running for and holding political office, supporting campaigns, or marching in the streets—have played an incredibly important role in progressing this state's and country's policies," says Eynon-Lynch. "Having the funding behind a project like this means that these stories actually have a chance to be told."

Learn more about Iowa women and their impact on politics at local, state, and national levels.