By Josh O'Leary
Iowa's longtime fall celebration goes virtual because of the pandemic. 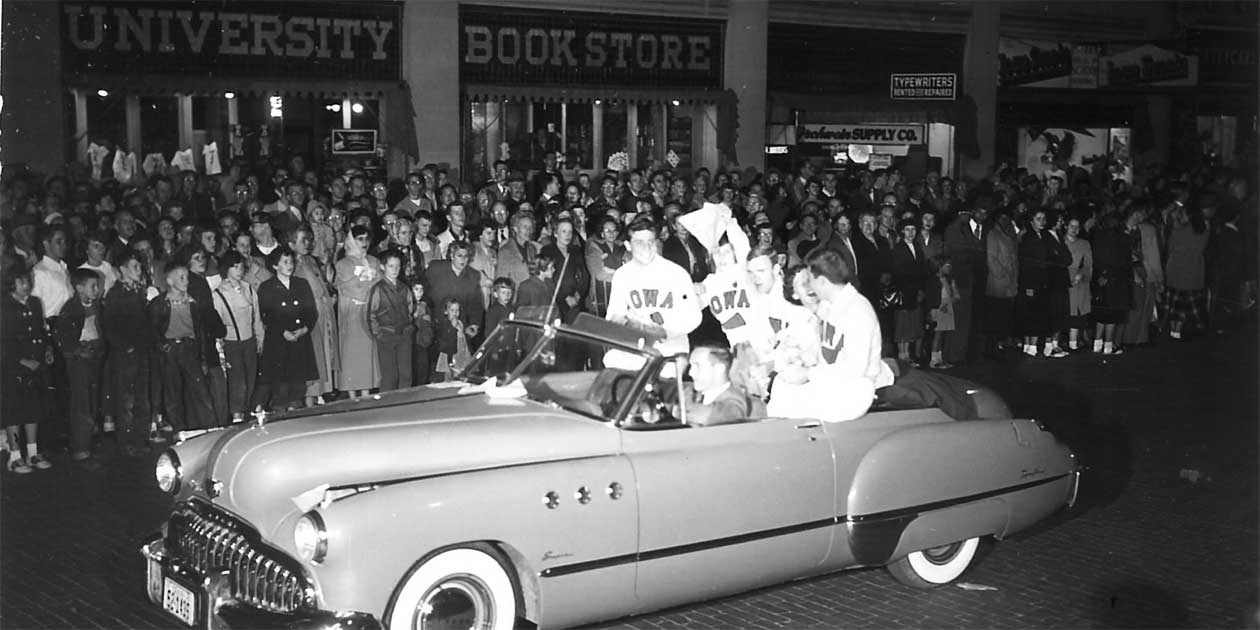 PHOTO: UI LIBRARIES SPECIAL COLLECTIONS No masks or social distancing can be found in this nostalgic photo of the homecoming parade from the 1940s. Due to the pandemic, a parade won’t be held in downtown Iowa City this fall. Instead, the UI will celebrate with virtual programming.

The parade floats, Distinguished Alumni Awards ceremony, and Pentacrest concert will all have to wait a year. But that doesn't mean the University of Iowa's century-old fall tradition will be entirely dampened by the pandemic.

Now scheduled for Sept. 28 to Oct. 4 after the Big Ten postponed its fall sports season, Homecoming Week is being reimagined for 2020. Some events move to a virtual format, while new programs allow Hawkeyes to celebrate from afar.

Since 1918, alumni and friends have flocked to Iowa City for the annual downtown parade, reunions with classmates, and big football game. When it became clear in recent months that many festivities wouldn't be possible in their traditional format, however, homecoming planners began to rethink programming.

New events for 2020 include a tailgate challenge, alumni visiting UI classes via Zoom, two virtual career fairs for students and alumni, an Iowa Spirit Day, a virtual parade, and a panel titled Voices for Change (see feature story). Meanwhile, mainstays like the homecoming buttons and the homecoming court (minus the coronation ceremony) will continue.

As of press time, organizers also were working to potentially hold SCOPE's annual Pentacrest concert virtually and offer volunteer-led "drive-through" parades in different parts of the country. The Distinguished Alumni Awards recipients were announced, though they won't be honored in-person until the 2021 ceremony.

Find the full schedule of homecoming events and learn how you can participate at homecoming.uiowa.edu.

Virtual Homecoming is a chance to keep the Hawkeye spirit alive by sharing a homecoming message with the UI community, regardless of where you are in the world. Show your school spirit by giving a shoutout to the Hawkeyes from your corner of the globe, or by sharing a memory from your time at Iowa here.

Join our email list
Get the latest news and information for alumni, fans, and friends of the University of Iowa.
Sign up now
Related Articles
'We Stand With You': University of Iowa Pledges Action on Racial Equity
National events bring an urgency and renewed commitment to diversity, equity, and inclusion.
What It's Like to Be a College Student During COVID-19
University of Iowa students, faculty, and staff adjust to collegiate life during a pandemic.
In Memory Fall 2020
A tribute to Hawkeyes gone but not forgotten.
Iowa Opens New Buildings for Pharmacy and Psychology
At the start of the spring 2020 semester, the University of Iowa opened new facilities for students, staff, and faculty in the College of Pharmacy and the Department of Psychological and Brain Sciences.
Advertisement