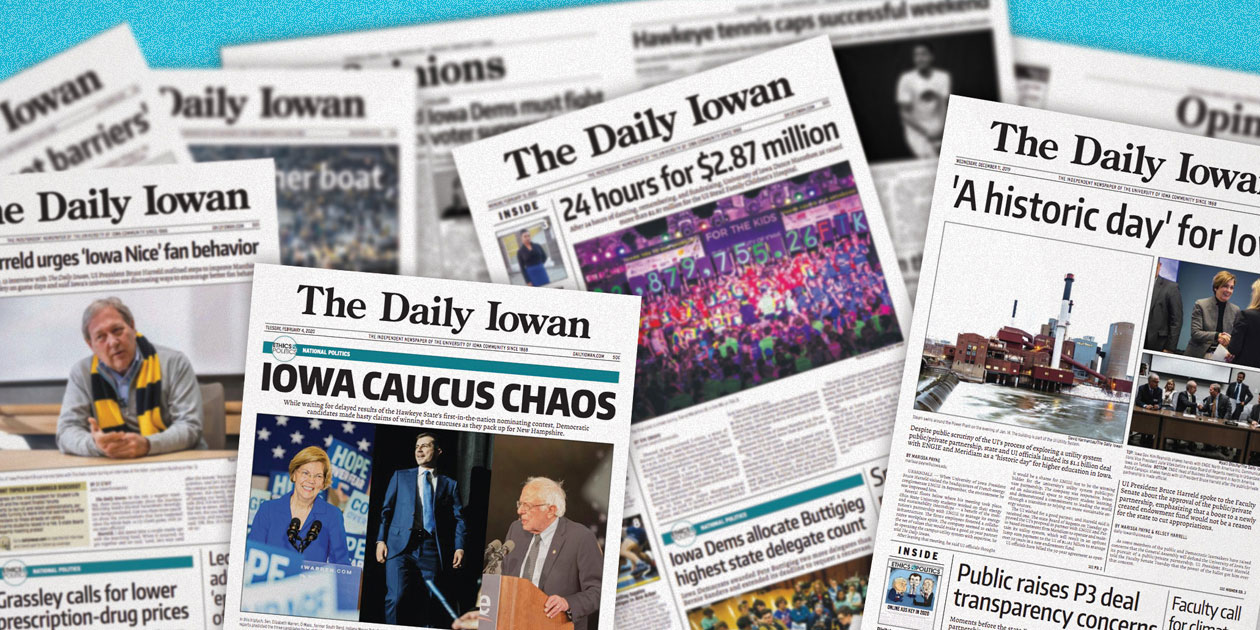 In the year-plus leading up to Iowa's first-in-the-nation caucuses, nearly every Daily Iowan news reporter contributed to the newspaper's political coverage. That experience paid dividends this past February when the independent student-run publication dispatched 30 staff members across the state to cover a chaotic caucus night.

As its deadline neared with no results available, The Daily Iowan shifted its front-page focus to the caucus confusion. "It was really important that night to learn how to be flexible, adapt quickly on your feet, and know when a more interesting story arises," says Marissa Payne, the newspaper's editor-in-chief. 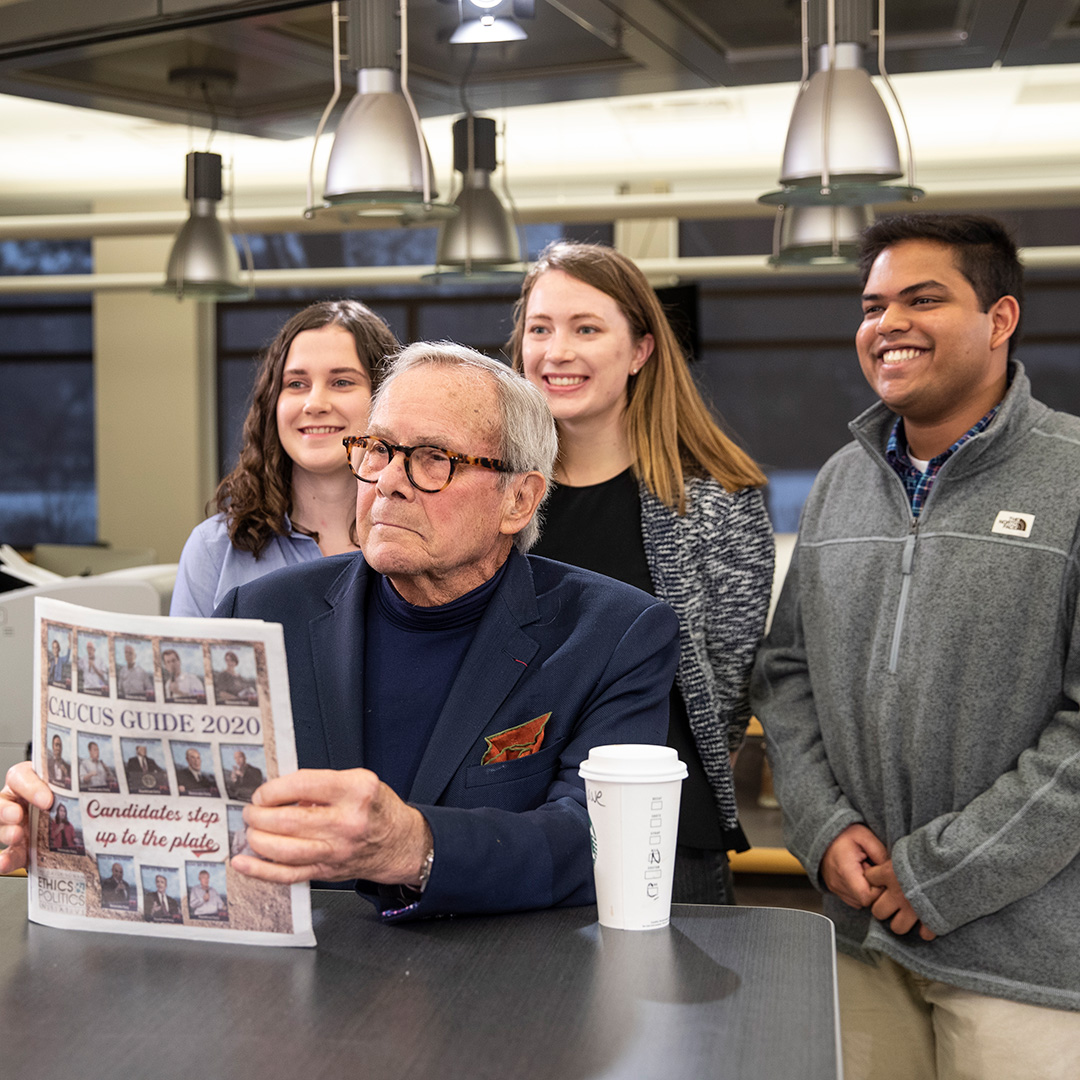 The staff previously discussed unexpected outcomes with their politics coach, Lyle Muller (87BA), though the magnitude of that night's surprise still proved challenging. "It's unusual for the unexpected thing to become your page one story," says Payne, who stayed in the newsroom until 3 a.m., waiting after press time for a dozen of her staff members to return from Des Moines.

A few days later, The Daily Iowan was named Newspaper of the Year at the Iowa Newspaper Association awards ceremony in Des Moines—earning the INA's top honor for the first time since 1981. In May, the paper also received national recognition as the Society of Professional Journalists' Best All-Around Daily Student Newspaper.

Though both competitions recognized entries from the 2019 calendar year, The Daily Iowan's caucus night coverage was representative of the staff 's year-round dedication to reporting on timely issues. The newspaper's coverage of the presidential race gained acclaim from journalist and former UI student Tom Brokaw, who interviewed three of its staff members—Payne, managing digital editor Aadit Tambe, and incoming editor-in-chief Sarah Watson—on campus in January and aired the segment on MSNBC's Morning Joe. "[Brokaw] coming here was a recognition of The Daily Iowan doing incredible work and distinguishing our coverage in the first-in-the-nation caucus state," says Payne.

The Daily Iowan engaged its student-heavy audience in the political process online through an interactive map that tracked where candidates stopped in Iowa City and a caucus guide that provided candidate information and caucus instructions. The staff covered each candidate who visited Johnson County—receiving interview requests from several campaigns—and continued their coverage on Super Tuesday with reporters in Vermont and Minnesota.

From the respect it's garnered along the campaign trail to its numerous journalism awards for reporting, photography, and design, The Daily Iowan has demonstrated it's more than a student newspaper. Says Payne: "We pride ourselves on being professional journalists and demanding that our sources and those in the community view us that way as well."