By Josh O'Leary
A renowned photographer and UI alumnus finds authenticity in Appalachia. 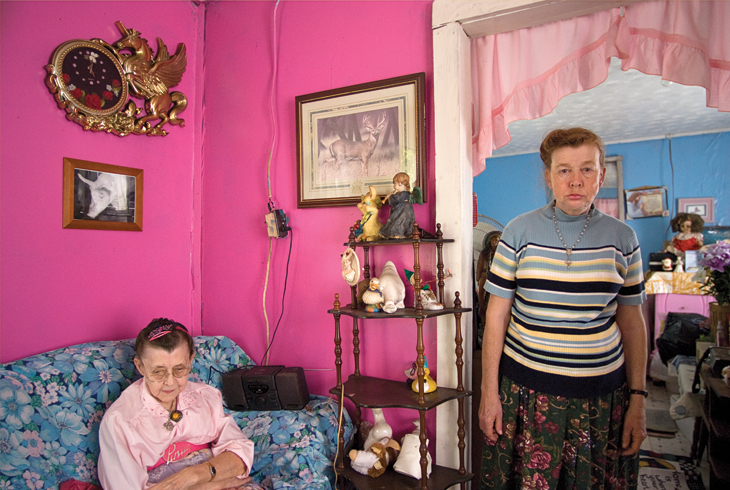 Hazard, Kentucky, native Shelby Lee Adams was a teenager in the 1960s when his mountain community suddenly found itself in the national spotlight. 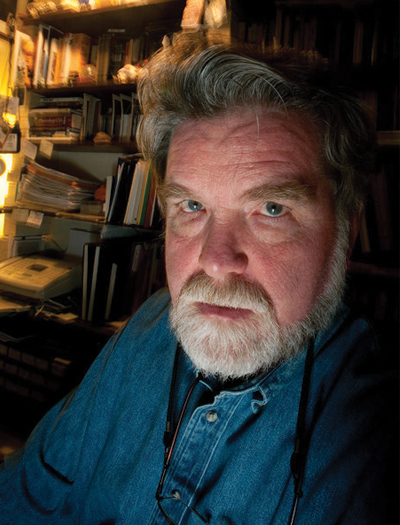 President Lyndon B. Johnson had launched his War on Poverty, and media descended on Appalachia to document the impoverished region and its people.

Locals were suspicious of the attention, and for good reason, remembers Adams. The images that appeared in the newspapers and on television focused on their isolation and economic woes while ignoring the hard-working, resourceful, and proud culture he knew. Many of his fellow Appalachians felt shamed by their portrayal—something Adams never forgot.

Since first picking up a camera himself and studying photography at the Cleveland Institute of Art, the University of Iowa, and Massachusetts College of Art, Adams has documented an authentic Appalachia rarely seen by outsiders. Considered one of the South's most important photographers working today, Adams has been crisscrossing Kentucky's hollers—as the valleys between the mountains are known—to create intimate portraits of its people for more than 40 years. Influenced by the Depression-era documentarian style he studied at the UI, Adams doesn't sidestep the region's economic realities, yet his portraits focus on deeper themes of kinship, community, and resiliency.

"I'm trying to photograph the essence of the soulfulness of the people."

"People who have done essays here from the outside have photographed for political reasons—environmental purposes, poverty issues, food stamp programs," says Adams, a retired professor at Salem State University in Massachusetts. "I'm trying to photograph the essence of the soulfulness of the people."

His work hangs not only in the homes of many of his subjects, but also in some of the most prestigious collections in the U.S., including New York's Museum of Modern Art, the Art Institute of Chicago, and the Smithsonian American Art Museum in Washington, D.C. Adams has published four books of photography focused on Appalachia, with a fifth in the works this year titled The Book of Life.

Another recent project is Adams' collaboration with 55 other regional artists for a new exhibition titled Southbound: Photographs of and about the New South. The show, billed as the largest exhibit of Southern photography in the 21st century, debuted last fall at Halsey Institute of Contemporary Art in Charleston, South Carolina, and tours regionally this fall.

Just as Appalachia has rapidly changed in recent decades—highways and modern trailers now dot the mountainsides in place of dirt lanes and log cabins—so too have Adams' photography techniques. For the first 30 years of his career, Adams used large-format film cameras to shoot in black and white after first showing his subjects test shots on Polaroids. But when Polaroid discontinued the instant film he used a decade ago, he switched to digital photography, which has allowed him to still preview shots to ensure his subjects are comfortable with the scenes. His new book will be his first in all color, reflecting that shift to digital.

Still, the spirit of Adams' photography remains the same. He says that in many ways, his images are self-portraits. "You're always searching for your own roots and where you came from," Adams says. "It's an autobiographical search."

The Photography of Shelby Lee Adams