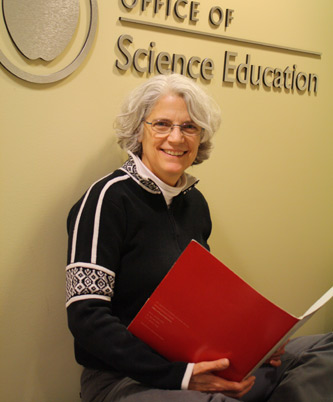 Late last year, UI associate professor for integrative physiology Gina Schatteman left Iowa City for Washington, DC, for a two-year fellowship from the American Association for the Advancement of Science. Schatteman was selected to work at the National Institutes of Health's Office of Science Education, and, shortly after arriving, she was invited to work on the White House's "Educate to Innovate" campaign—a coalition of educators, scientists, and philanthropists that aims to overhaul science, technology, engineering, and math education in U.S. schools. There, she has helped recruit more than 200 scientific organizations to provide students with interactive learning opportunities. Her work will match math and science experts with educators and students to improve discovery-based labs and science experiences for grades six through 12.

American students lag way behind pupils from other developed countries in solving scientific and mathematic problems—ranking 21st in natural science and 25th in math. Without the advanced technology skills required to compete on a global stage, Schatteman points out that the U.S. will suffer the outsourcing of more and more lucrative jobs. "Scientists want to do their part to inspire the next generation and improve science and math education, but they may not know how they can help," she says. "We're inviting teachers to tell us what they need."

What do people say about her?

Praise for the initiative and participants like Schatteman has come from the nation's chief administrator himself, President Barack Obama. Launching "Educate to Innovate," Obama said: "Lifting American students from the middle to the top of the pack in [science, technology, engineering, and math] achievement over the next decade will not be attained by government alone. I applaud the substantial commitments made today."