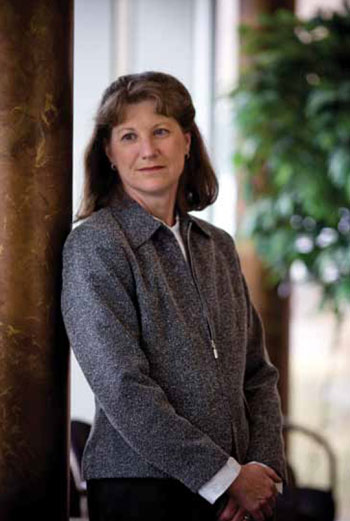 When I learned that I had breast cancer, I thought it was the worst possible news. I had no idea that my health nightmare had just begun.

In 2001, while undergoing chemotherapy for breast cancer in an outpatient clinic in Nebraska, I became one of 99 patients infected during the nation's largest single source outbreak of hepatitis C. Through a deadly combination of greed, negligence, and lack of oversight, I contracted the virus when a nurse in the cancer center reused a contaminated syringe.

Like most people, it never occurred to me to worry about the quality of my health care. Not here in America. Not at a prestigious, state-of-the-art cancer center. Certainly not through failure to follow basic standards of safe hygiene practices.

Sadly, such outbreaks are more common than we like to believe. Over the last decade, more than 100,000 patients have learned that they were at risk of contracting hepatitis and HIV due to unsafe injection practices in non-hospital healthcare settings. In the last two years, hundreds of people in Colorado, Nevada, New York, North Carolina, and New Jersey have contracted hepatitis through reused syringes. According to the Centers for Disease Control (CDC), such official outbreaks are likely only the "tip of the iceberg," with even more going unreported.

Hepatitis C is a chronic, blood-borne virus that causes extreme fatigue, muscle and joint pain, and, potentially, cirrhosis of the liver. Some people live with the virus for years without symptoms. For me, hepatitis C was hell.

For six months, I endured grueling, expensive treatment far worse than the chemotherapy for my breast cancer. Fortunately, I have now cleared the virus and, although I still have some lingering joint pain and fatigue, I have gained a new appreciation for life and a passion for patient safety.

After my nightmare experience, I founded a nonprofit organization, HONOReform (the Hepatitis Outbreaks National Organization for Reform, www.honoreform.org) dedicated to patient advocacy, justice, safety, and compassion.

Today, more laws and regulations govern American restaurants than outpatient medical facilities. HONOReform is trying to change that dire situation. In addition to educating the public and the medical community about safe injection practices, we've joined forces with the CDC and other medical groups to organize the national One and Only Campaign—One Needle, One Syringe, Only One Time. We've also called for congressional hearings to understand what happened in previous outbreaks and how to prevent such tragedies reoccurring.

I went to the doctor to be healed, and I came away with a lifethreatening illness. No one should ever experience that kind of betrayal.