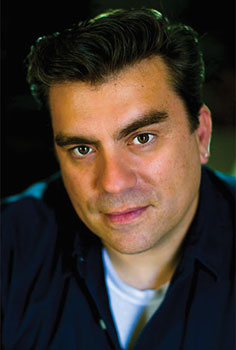 PHOTO COURTESY: WETA DIGITAL
As executive producer of the visual effects company Weta Digital, David Conley creates memorable movie moments, such as this scene (below) from The Hobbit.

David Conley, 90BA, has loved movies and storytelling for as long as he can remember. As a child, he used to make stop-motion animation films with a Super8 camera. Enrolling at the University of Iowa as an undergrad, he embraced literature and art, paying attention to how great novelists crafted narratives and how painters used light and composition to tell stories in images.

Now, he gives filmmakers the visual effects they need to support their own storytelling—lending his expertise to epic films like Cloverfield, Life of Pi, Jurassic World, Planet of the Apes, The Hobbit 2 & 3, and Pirates of the Caribbean. Conley currently lives in New Zealand and is the executive producer of Weta Digital, the visual effects company founded by Sir Peter Jackson, the filmmaker behind Lord of the Rings, King Kong, and Heavenly Creatures.

Conley credits much of his success in visual effects to the value he places on the integrity of the story for each film, and the care he takes to protect the filmmaker's vision.

"That, to me, was the lesson that I really learned from the University of Iowa," says Conley. "More than anything, I learned that understanding the art of storytelling is just as important to filmmaking as the technical construction of a film." 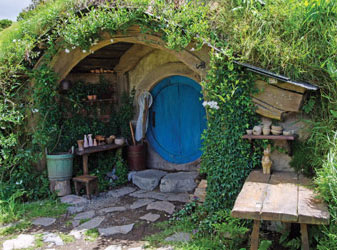 This approach has launched Conley farther than he ever dreamed. He has filmed inside a volcano and on top of a glacier. He's stood on a pirate ship in the middle of the ocean at sunset, watching actors like Geoffrey Rush, Penelope Cruz, and Johnny Depp disappear into their craft. He once flew from L.A. to Puerto Rico at 3 a.m. to shoot the sunrise, then flew back 12 hours later. In an intense and demanding industry, Conley has logged 120-hour work weeks for weeks on end to achieve awe-inspiring results. While Conley considers that moment filming on the pirate ship one of the many highlights of his career, every film he's worked on feels close to his heart.

Says Conley: "Each project has a collection of moments where [I think], 'I can't believe I pulled that off.'"

He also never believed he'd have the chance to work with a director like Jackson, running a premier visual effects company in New Zealand.

"New Zealand is definitely one of the most beautiful countries I've ever had the pleasure of traveling to," says Conley, who has lived and worked all over the world. "It really is Middle Earth."