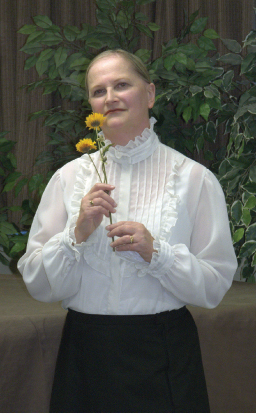 Ever heard of an Exoduster? Neither had I-along with most people I knew. But, it turns out that this little-known piece of American history makes a great story. When I applied to become an Artist-in-Residence (AIR) with the National Park Service, the challenge I faced as a writer was how to showcase my medium. Most AIR candidates are visual artists like photographers or painters, who can easily exhibit their work to the public. Since writing is typically read, not displayed, I had to figure out exactly what I could offer.

Before I applied to Nebraska's Homestead National Monument of America, a unit of the Park Service dedicated to the Homestead Act of 1862, I searched its website for inspiration and came across a page about black homesteaders called Exodusters. Because I'm an Anglo in a predominately African American neighborhood and church, and therefore attuned to black culture, I was immediately intrigued.

Here's the story in a nutshell: the end of Reconstruction in 1877, combined with the provisions of the Homestead Act, set the stage for the movement of an estimated 20,000-40,000 former slaves into Kansas, a state known for its abolitionist history. They called themselves Exodusters, likening their flight to the Biblical exodus of the Israelites out of slavery in Egypt.

This migration garnered national headlines, arousing forceful opinions and sympathies across America. Susan B. Anthony spoke out in support of it; Frederick Douglass, surprisingly, against. Sojourner Truth raised funds for the Freedman's Relief Association, created to aid the destitute refugees. Influential Quaker poet and abolitionist John Greenleaf Whittier composed a poem. Congress even set up a committee to investigate the mass relocation: Democrats believed it was a Republican plot to deprive the South of its labor and establish a GOP stronghold in the Plains states.

As I researched, an idea took shape. I'd majored in theater at Iowa, before segueing into radio and freelance writing. I decided I'd tell the story by writing and performing a monologue.

So I became Priscilla (pictured below), a white homesteader who forms an unexpected friendship with Abigail, an Exoduster. I wrote the monologue surrounded by historic photographs of Mississippi River docks and Topeka streets teeming with desperate former slaves who vowed they'd rather starve on the prairie than ever return to the South. I titled the piece Steal Away, after the Negro spiritual of the same name.

As I wrote, doubts hovered. Would I be able to talk for an hour without boring my listeners? More importantly, could I bring African American history to life in a way that would appeal to diverse audiences?

Fortunately, the answers were yes. At Homestead, I connected with the all-white audience. Back home, after my performance in a predominately African American community, a man gripped my hand. "Keep on doing this," he said. "We need to hear it."

Then, at a party last year, I met Thurston, a Kansas native whose great-grandfather was an Exoduster. A few months later, I presented Steal Away at our local library, and invited Thurston to attend. After the show, he enveloped me in a bear hug, and said simply, "Thank you." No, I thought, thank you. I found the story of a lifetime in your courageous and long-suffering ancestor, and now I have the honor and privilege of telling it to others.