View All From You
Share
IOWA Alumni Magazine | April 2011
NEWSMAKER: Witness to History
By UIAA STAFF 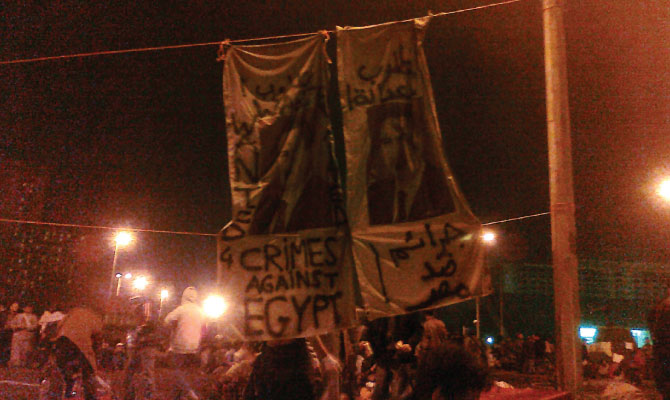 Just a few months ago, UI student Dan Olinghouse found himself bang in the middle of one of the world's biggest breaking news stories. While most people followed the tumultuous overthrow of the Egyptian government vicariously through the media, Olinghouse had a front-row seat for the pro-democracy protests in Cairo's Tahrir Square.

Why was he in Egypt? 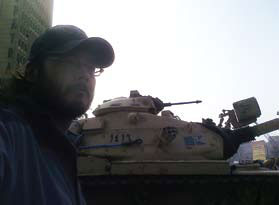 Olinghouse, a political science junior from Ankeny, was in his second semester of an independent study abroad program in Egypt when the unexpected revolution erupted in February. Like the hundreds of UI students who take advantage of such international learning opportunities every year, he'd wanted to become immersed in a new culture and improve his foreign language skills. Most students, of course, don't find themselves at major turning points in world history.

From simply observing the protests, Olinghouse soon found himself swept up in the excitement, marching with other antigovernment protesters. "I can only hope that my relatively little contribution to the revolution will end up being one small part of the Egyptian people's fight to be heard and respected by their government and international community," he says.

Olinghouse knew the dangers that protestors faced. "I thought it was amazing that people were even doing it, because I was well aware of the situation under former President Mubarak," he says. Indeed, the UI student was tear-gassed, sprayed by a highpowered water cannon, and assaulted by police, who confiscated his camera.

Appropriately—considering the powerful role that the Internet, Facebook, and other forms of social networking played in the revolution—Olinghouse used his cellphone to video and photograph the events he witnessed. He also kept in touch with friends and family via Facebook.

How did he get out of the country?

Olinghouse decided to leave when unusually violent clashes between armed police and demonstrators crept closer to his apartment. Within 25 minutes, he packed a suitcase and managed to get a cab to Cairo airport. With the banks shut down by the protests and his credit card not working, Olinghouse couldn't get a commercial flight out of Egypt. Instead, he ended up on an evacuation flight to Frankfurt and finally arrived at Chicago O'Hare International Airport three days later.

Would he encourage other students to go abroad?

Absolutely, he says. "Only 30 percent of Americans even hold passports," he adds. "Getting out of the U.S., no matter where you go, will be one of the most meaningful things you'd ever do in your life. It'll open up things within you that you never knew you had."