View All From You
Share
IOWA Alumni Magazine | October 2010
Unlocking Opportunity
By Kathryn Howe
A good education is a ticket to a good life. 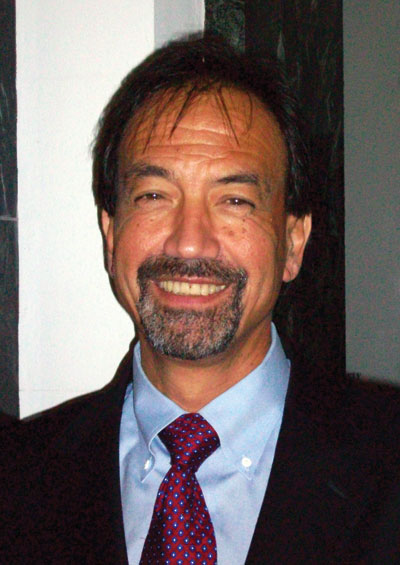 That's one thing Colin Kippen knows for certain. And he's dedicated his professional career to ensuring all people in the U.S. have access to a quality educational experience, advocating in particular for the needs of Native Americans.

He's held many roles—as a prosecutor, a defense attorney, a tribal judge, and policymaker—all of which led to the realization that education is a powerful determinant of social justice. Recently, Kippen learned that he will bring his contributions and perspective to bear on President Obama's Commission on Scholars, a handpicked group charged with recognizing the country's most distinguished high school seniors.

"Education is the key that unlocks many doors along the path to a productive, fulfilling life," says Kippen, the new executive director of the National Indian Education Association (NIEA). "Research shows that a holistic approach to education—one that includes a child's health, safety, and cultural identity—is by far the most effective."

Unfortunately, Kippen says, America's difficult history with its native people is one of identity destruction and forced assimilation. The harmful consequences of this persist today in high incidences of suicide, unemployment, alcoholism, and below-average graduation rates among Indians, Alaska Natives, and Native Hawaiians. In his role at the NIEA—and prior to that, the Native Hawaiian Education Council—Kippen attempts to close these gaps primarily through effective educational programs that foster native ways of knowing and being.

Kippen is the first Native Hawaiian to serve on the national scholar commission, which includes members from all walks of life, including education, business, public service, law, and medicine. First established in 1964, the Presidential Scholars Program honors young leaders who have demonstrated excellence in academics, the arts, and public service. Commissioners have the difficult duty of selecting 141 scholars from more than 2,700 eligible applicants.

Encouraged by the Obama administration's commitment to the concept of holistic learning, Kippen looks forward to his experience on the commission—as well as federal support for his goals at the NIEA.

"We still have disparities," he says, "but there is hope."