View All From You

Inside the Writers Room

Four Iowa alumni gather at a Hollywood lounge accented with textured walls and lanterns that emit golden light. We see SAM SHAW (04MFA), LILA BYOCK (04MFA), MARK LAFFERTY (04MFA), and VINNIE WILHELM (04MFA), a group of charismatic, hilarious, and whip-smart writers who arrived at the Iowa Writers' Workshop in 2002 and quickly became lifelong friends. Together, they've created, written, and produced award-winning television in Hollywood, using the lessons in storytelling and collaboration they honed at the University of Iowa.

Get to know these screenwriters, who have worked on shows like Hulu's Castle Rock, Disney+'s The Right Stuff, WGN America's Manhattan, and HBO's Watchmen. Watch Act One for the scoop on their time at Iowa, hear their musings about the creative process in Act Two, and watch them dissect a scene from Manhattan in Act Three.

Iowa City proved to be the birthplace of a legendary set of relationships that would lead Shaw, Byock, Lafferty, and Wilhelm from the Iowa Writers' Workshop to the lights of Hollywood. Over a game of pool, the friends reminisce about their time at Iowa, which they say left them uniquely equipped to meet the needs of the TV industry.

Behind-the-scenes work on a TV show can be grueling, but it's the time spent elbow-deep in the mechanics of storytelling that continues to bring Shaw, Byock, Lafferty, and Wilhelm back to both writing and producing. There's an element of magic inherent in the way a story can come together when the writers room gets going, and it's those experiences of almost otherworldly collaboration that invigorate the group.

Act Three: Secrets of the Script

Shaw created Manhattan, a historical drama about scientists working on the top-secret Manhattan Project in the 1940s, and brought on Lafferty, Byock, and Wilhelm to join the writers room. The show, which ran on WGN America in 2014-15, reunited the four friends almost a decade after their graduation and led to many subsequent collaborations. Here, the writers analyze how two scenes came together from season two of Manhattan.

Watch trailers for the shows created or written by these Iowa grads.

In 2020, Lila Byock won an Emmy in the category of Outstanding Limited Series for her work on Watchmen. Based on the DC Comics series, the show explored the lesser-known history of the 1921 Tulsa race massacre and took on added resonance after the death of George Floyd.

Mark Lafferty served as executive producer and showrunner of The Right Stuff, a historical drama that examined the origins of America's space program.

Discover the Iowa connections hidden inside these popular series. 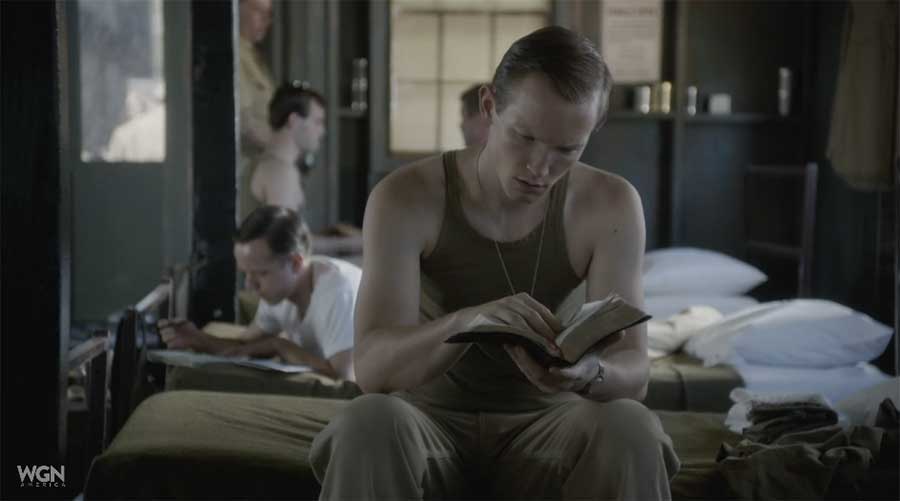 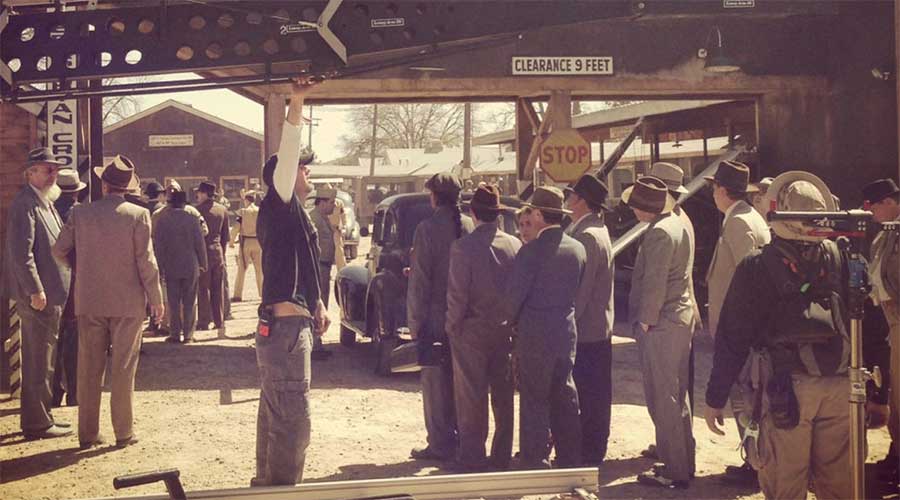 Read Lila Byock's blog from the making of Manhattan, which includes exclusive photos from the set.

View photos of some of the most memorable moments of the screenwriters' careers.

The Writers Guild of America honored the Iowa grads in 2019 for their work on Hulu's Castle Rock, a TV series based on Stephen King's novels.

The writers' creative chemistry comes through in these outtakes from the Iowa Magazine cover photo shoot.

The close friendships that now enrich the screenwriters' careers were first formed at the Iowa Writers' Workshop.

Lila Byock's Emmy, which quickly became her all-time favorite FedEx delivery, is safely buckled in on the way to the Iowa Magazine video shoot.

Learn how you can support the University of Iowa screenwriting program and the Iowa Writers' Workshop.