Old Gold: The Enduring Power of the Written Word 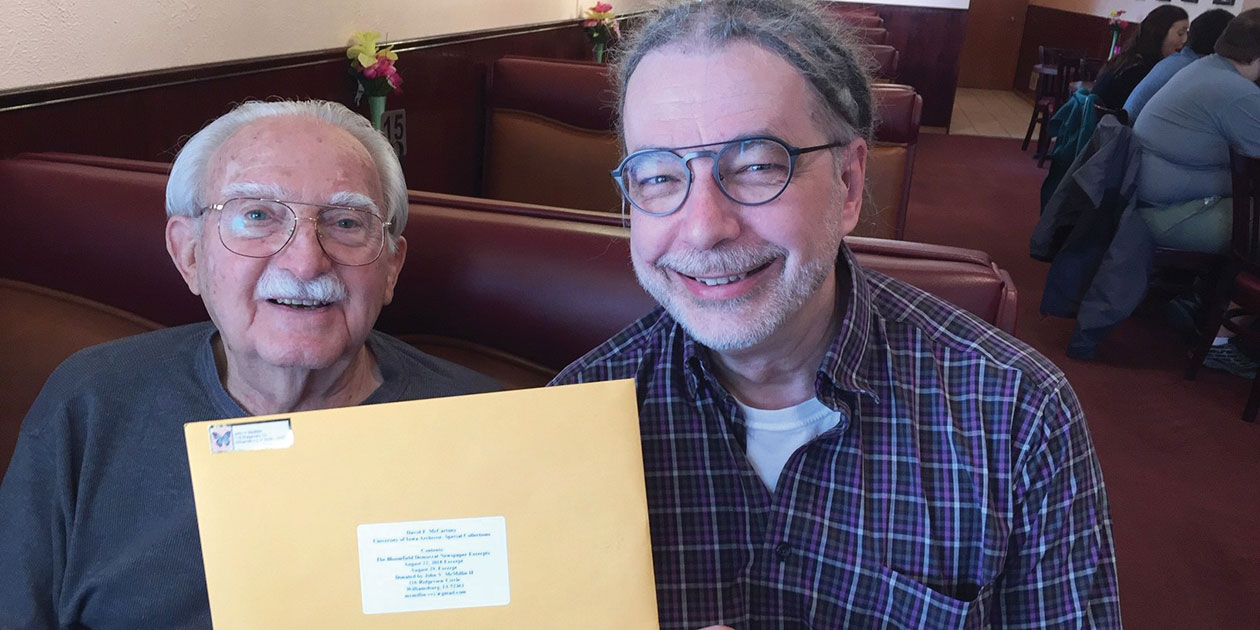 PHOTO: LOIS MCMILLIN In 2019, John McMillin (57BSEE), a former engineer with the Measurement Research Center founded by E.F. Lindquist (27PhD) of the UI College of Education to score standardized tests, hands a portion of his papers to university archivist David McCartney.

The Latin expression graces the seal of the U.S. National Archives and Records Administration. Old Gold's academic advisor in graduate school, Frank G. Burke, recited this phrase every semester on the first day of his course in manuscripts administration at the University of Maryland.

In his lifetime, perhaps no one was more qualified than Dr. Burke (1927-2015) to understand the durability—and fragility—of the written record. As former national archivist and head of the Manuscripts Division of the Library of Congress, Burke delivered lectures rooted in his experiences both as a keeper of the flame and as a historian well-grounded in the academic rigors of the University of Chicago, where he earned a doctorate degree in history. Old Gold will always carry with him Dr. Burke's guidance, as timely today as ever.

The modern complication that undermines as well as enhances the notion of littera scripta manet is technology. Two millennia ago, the Roman poet Horace credited with that Latin phrase could not have anticipated today's digital landscape, with its ephemeral and fickle nature. According to forbes.com, the average lifespan of a website is two years and seven months. Computer-generated records, a mainstay in corporations and institutions of higher learning since the 1950s, have long been considered at-risk due to evolving technologies that fail to fully supersede preceding systems. Since the 1980s, personal computers in the home have been fraught with the same hazards of memory loss unless digital records such as photographs, documents, and audio/video recordings are properly maintained and "refreshed" in their new environments. 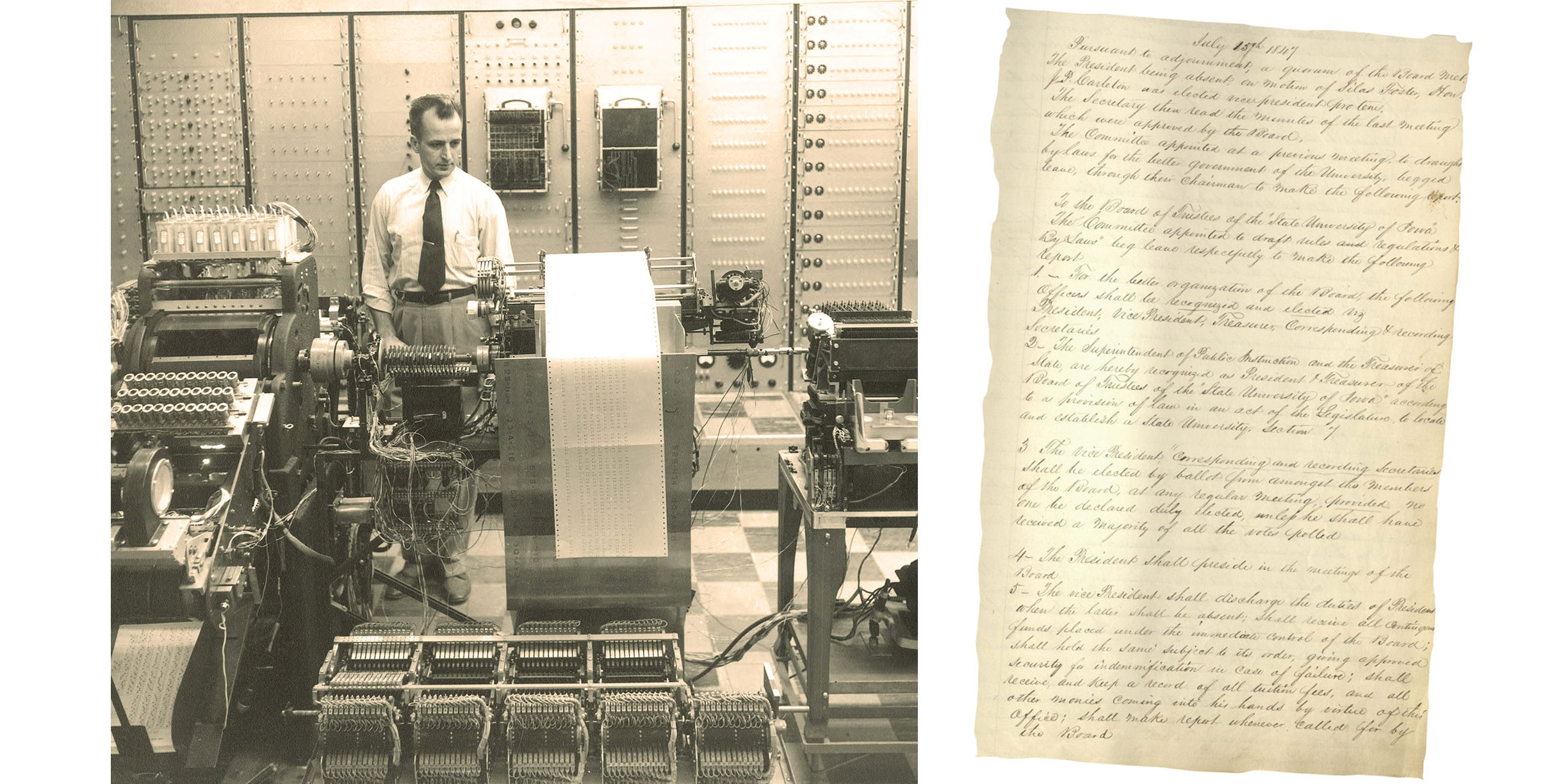 A January headline in the Iowa City Press-Citizen underscores this challenge: "Iowa DHS Can't Read Its Own Emails: Thousands of emails are unreadable, including those involving child abuse." According to the story, when the Iowa Department of Human Services changed computer software in 2018, it did so without decrypting all messages that had been encrypted under the old system from 2016 to 2018. When the agency upgraded to its new system, it apparently did so without fully ensuring a seamless transition so that no records would be lost. In this instance, the written record did not endure, whether due to inadequate successive technology or human error.

Old Gold and his colleagues in University Archives have long been concerned about this potential risk. Paper records, which still account for the bulk of records held at the archives, are relatively stable and, if housed in appropriate conditions, may last for centuries. But paper records are not infallible. Fire, document deterioration, and flooding are chief among the risks to tangible records. Conversely, born-digital records, if properly maintained, may survive most any disaster or human-caused mishandling if stored in multiple servers and protected against cyber-attacks. Regardless of format, the durability of records is tested continually.

Fortunately for Old Gold and all who are associated with the University of Iowa, our information technology departments, in the UI Libraries and campuswide, are robust units that recognize the value of records preservation and perpetuation. A records management working group, which includes representatives from IT, central administration, and other units including the archives, has met regularly over the past several years to address these concerns, identifying types of records to be permanently retained. Their work has contributed to an assurance of continuous stewardship of the university's records of enduring value.

This is my last column as your university archivist. First appearing in The Spectator in 2009 and later in Iowa Magazine, these columns have been a labor of love and, I hope, a source of reflection. After 21 years in the archives, I retired this month. Thank you all for your interest and support over the years, and, as always, Go, Hawkeyes!

This is my last column as your university archivist. First appearing in The Spectator in 2009 and later in Iowa Magazine, these columns have been a labor of love and, I hope, a source of reflection. After 21 years in the archives, I retired this month. Thank you all for your interest and support over the years, and, as always, Go, Hawkeyes!