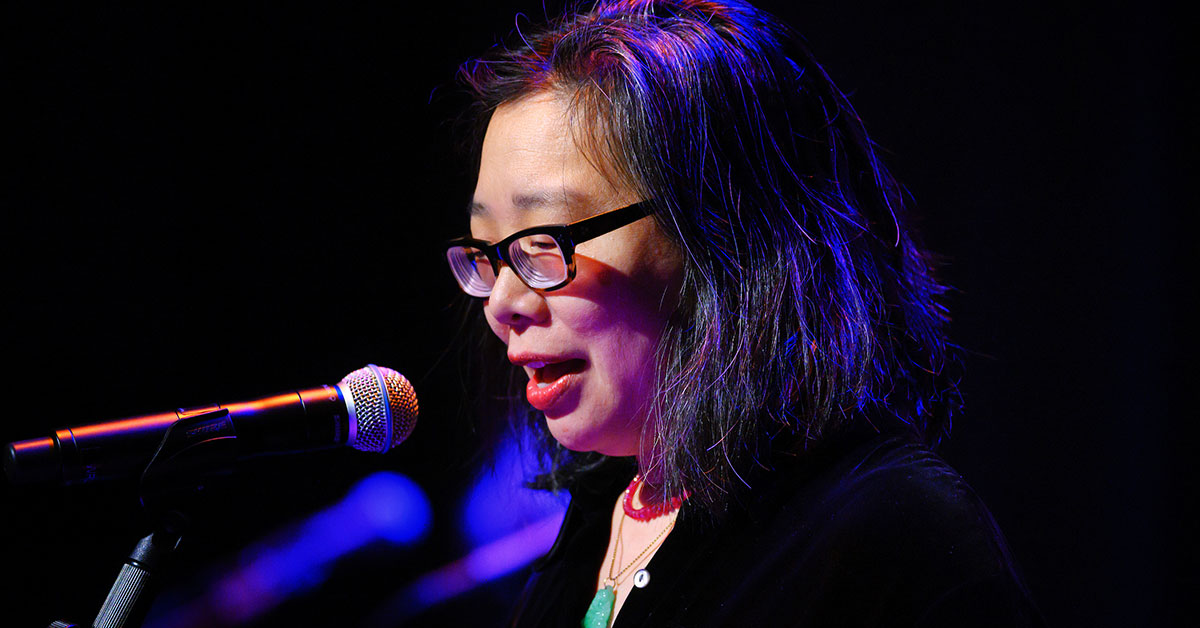 In 2006, Iowa Writers’ Workshop director Lan Samantha Chang jotted down the seed of a new novel that would become an homage to Fyodor Dostoyevsky’s patricide-driven family saga, The Brothers Karamazov.

One sentence from her writing log provided the spark. “The story takes place in one night: it is a huge dinner party.”

“At the time, I didn’t know if it would be a story or novel. I was really just intrigued by the idea of a big dinner party,” says Chang. “Whose party was it? What happened? And what did everyone eat? It was just a very loaded situation.”

Now, 16 years after the first ideas for the story came to her, Chang is publishing her fourth book, The Family Chao, to advanced acclaim. Publisher’s Weekly called The Family Chao “an ingenious and stunning reboot” of The Brothers Karamazov, and it is one of Literary Hub and Goodreads’ Most Anticipated Books of 2022. Iowa Writers’ Workshop and Nonfiction Writing Program alumna Yiyun Li (05MFA) said, “This is one of the finest and most ambitious novels about America I’ve read in recent years.”

The book is about patriarch Big Leo Chao, his wife, Winnie, and their three sons, who have run their successful Chinese food restaurant in Haven, Wisconsin, for 35 years. When Big Leo turns up dead, all three sons become implicated in his murder as the small town gets caught up in the drama.

Chang recently spoke with Iowa Magazine from her home in Iowa City.

Can you talk about your inspiration for the novel?

When I first thought of the dinner party in 2006, I imagined it in a small Midwestern city similar to the city I grew up in in Wisconsin, and eventually I imagined a Chinese American family with a tyrannical, larger-than-life father figure. I wrote about 100 pages, and then I had to set the book aside to focus on my first year as director of the Iowa Writers’ Workshop.

When I came back to the project, I was very inspired by the idea of writing an homage to The Brothers Karamazov, and that book culminates in a big, wild scene. I thought about it for a long time and drafted the scene of the huge dinner party. It had evolved into a giant Christmas party in Haven, Wisconsin. The meal was multiple courses: shrimp with the heads on, Peking duck, stewed mutton, and desserts.

The Chaos immigrate to America, and their restaurant becomes part of American culture. Did you set out to examine immigration and assimilation when you started writing the novel?

As a writer, I don’t often think consciously about my themes. It occurred to me that this novel is, in some ways, a depiction of an immigrant family that’s been in the U.S. for so long that they actually belong here. It’s about long-term assimilation. The Chaos have been in the U.S. for more than 35 years. The three sons have grown up in the U.S. And perhaps more significantly, they’ve all done things in the U.S. that mark their adult lives and identities—in the novel, it says they’ve made their ghosts. They’ve done bad things; they’ve been traumatized and have traumatized others. At some point, they know that this is their home.

How does your job as director of the Iowa Writers’ Workshop affect your creative work?

I’ve come to realize that it’s inseparable from my writing at this point. This book is substantially different from my earlier work. I think I was inspired by my job, which gives me the opportunity to work with people who are emerging right now and whose work is of a different generation from my work. My first book, Hunger, will be 24 years old when this book comes out, and fiction has changed a great deal in that time. I’m aware of that, because I get to read exciting new work. I’m inspired by my students.

How has your life in the Midwest shaped the book?

I grew up in Wisconsin, and I think the tone and the nature of the setting and some of the people were evoked by my experiences there. The detail from Iowa that I’ve put into the book is the alleys that run behind houses in central Iowa City. There are several scenes in the novel that take place in alleys. I am fascinated by them. They’re the secret side, the back side. I’m looking down at an alley now. I’m watching the neighbor walking by with their dog, but they don’t know that I can see them; they’re going about their private life. There’s a public-facing life and private-facing life, and I’m interested in the private-facing life. 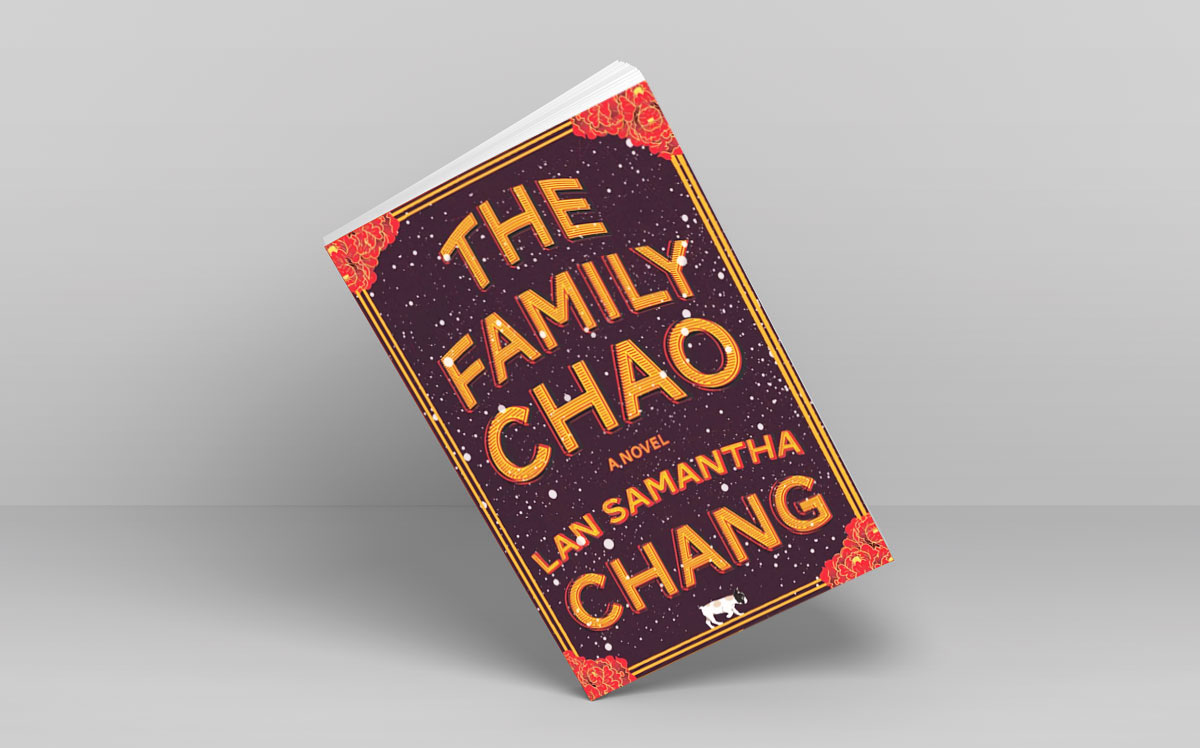 Read more about what reviewers are saying about The Family Chao.

Support the development of emerging writers by giving to the Iowa Writers' Workshop.

Read more about what reviewers are saying about The Family Chao.

Support the development of emerging writers by giving to the Iowa Writers' Workshop.

Join our email list
Get the latest news and information for alumni, fans, and friends of the University of Iowa.
Sign up now
Related Articles
Lessons in B-Boying
In an excerpt from his new book, We Heard It When We Were Young, University of Iowa dance alumnus Chuy Renteria reflects on the first time he found catharsis through breakdancing.
Iowa Art Grad and Her Dog, Finn, Re-Create Masterpieces
Eliza Reinhardt uses household objects and her four-legged companion to pay tribute to her favorite artists.
Annual Iowa Geology Expeditions Spark a Lifetime of Discovery
An Iowa-trained geologist and science writer reflects on how the university's annual spring break treks provided the bedrock for his career.
An Early Look Inside the New UI Stanley Museum of Art
The long-awaited museum will provide new learning opportunities—and not just for art students.