By David McCartney
2 minute read
Virologist Richard Shope helped discover the cause of the 1918 flu and lay the groundwork for life-saving vaccinations. 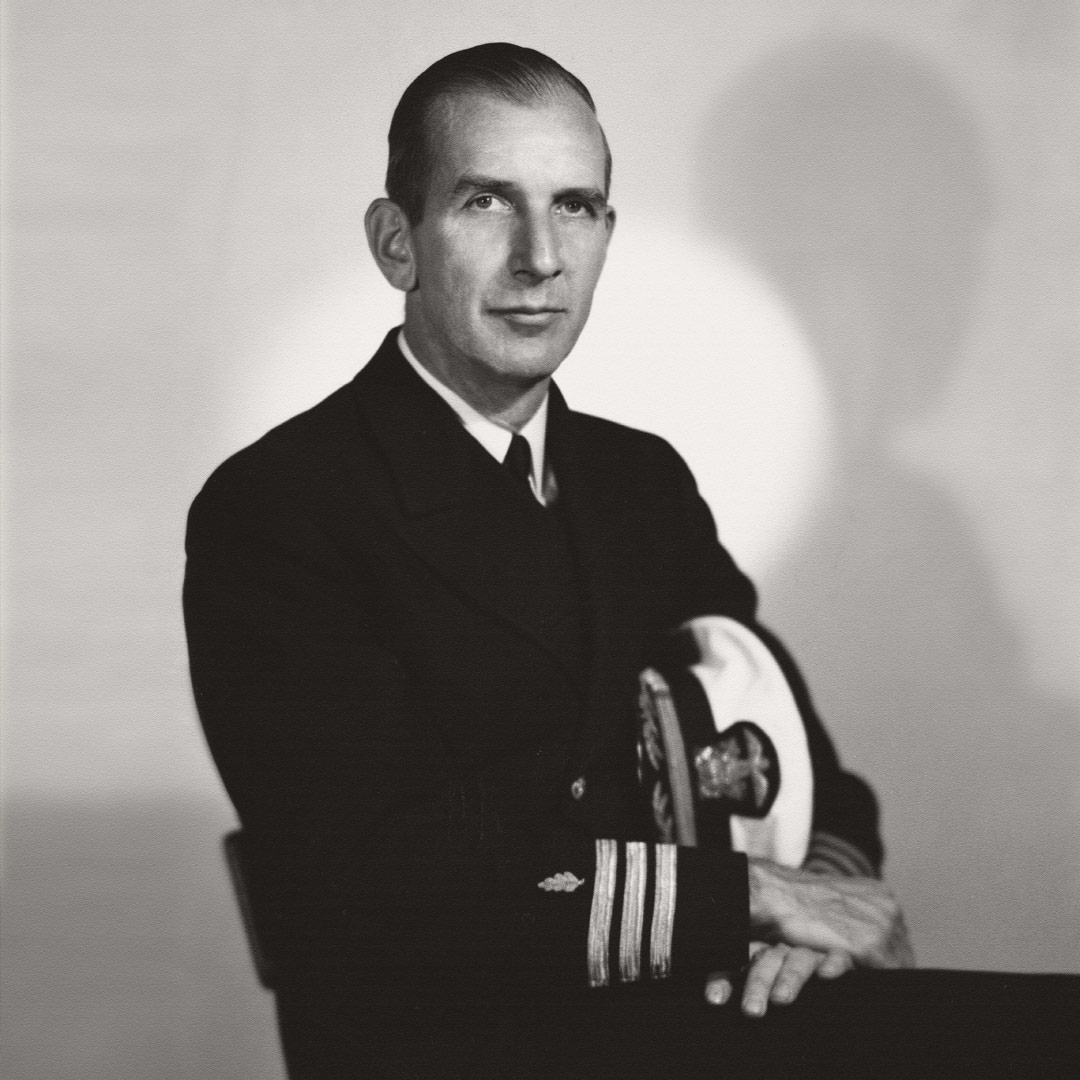 PHOTO: U.S. NAVY Richard Shope, pictured in 1945 as a U.S. Navy officer, helped discover the cause of the 1918 flu and paved the way for lifesaving vaccinations.

As people throughout the world roll up their sleeves to receive COVID-19 vaccinations, they can thank an alumnus of the State University of Iowa's College of Medicine for his critical role in making such treatment possible.

Richard E. Shope (24MD, 63DSC) was a freshman in the College of Liberal Arts at SUI in fall 1918 when an influenza pandemic was ravaging the world's population. Between 20 million and 50 million people—the actual number will likely never be known—died during the 1918-19 siege. In the U.S., over a quarter of the nation's population was affected, and the death toll was 10 times the number of American service members' lives lost to combat in World War I.

Shope, a Des Moines native, was born on Christmas Day 1901. His father, a physician, perhaps sparked young Richard's early interest in science. As an undergraduate at Iowa, Shope became captain of the track and field team.

Shope earned an MD at Iowa in 1924 and, after brief employment in the college's pharmacology department, was recruited by Paul Lewis, a pathologist and leading researcher at the Rockefeller Institute for Medical Research at Princeton, New Jersey. Lewis' primary interest was in viral and bacterial disease transmission, and in the young Iowa graduate he saw great promise in expanding research in this realm. Shope soon joined the institute, where he spent most of his career.

It was widely believed at the time that a form of bacteria caused the 1918-19 influenza strain. Shope, an Iowa boy, noted a similar illness was killing pigs in the Midwest during the pandemic. Could the two be related, he wondered?

In 1928, he began seeking infected swine for microscopic samplings. He returned to Iowa and obtained specimens for his studies with the help of local farmers and vets. Shope identified a bacteria type present in most of the pigs he examined. However, when he injected it into healthy pigs, they did not contract the disease. This suggested that the influenza was not bacteria-related but instead caused by something else.

Shope persisted. He looked for other potential disease-causing agents within the sick pigs, and in 1931 he had a breakthrough. Shope passed his samples through a filter too fine to allow bacteria to pass and injected the new filtrate—without bacteria—into non-infected swine. Soon, these control pigs came down with a mild case of porcine influenza.

Shope's finding: He discovered the 1918 flu was caused by a filter-passing agent—in this case, a virus. British scientists built upon Shope's research by using the same techniques to isolate the human influenza virus for the first time in 1933. This led to the development of the first generation of flu vaccines.

Shope never forgot his Iowa roots. He returned to Iowa City on numerous occasions to speak about advances in virology-related research. His 1931 findings alone were significant, as were later contributions on papillomaviruses. In 1957 he received the esteemed Albert Lasker Clinical Medical Research Award, and in 1963 he was awarded an honorary doctorate degree by the UI.

Shope's legacy is the saving of countless lives thanks to persistence, an inquisitive mind, and an Iowa education.