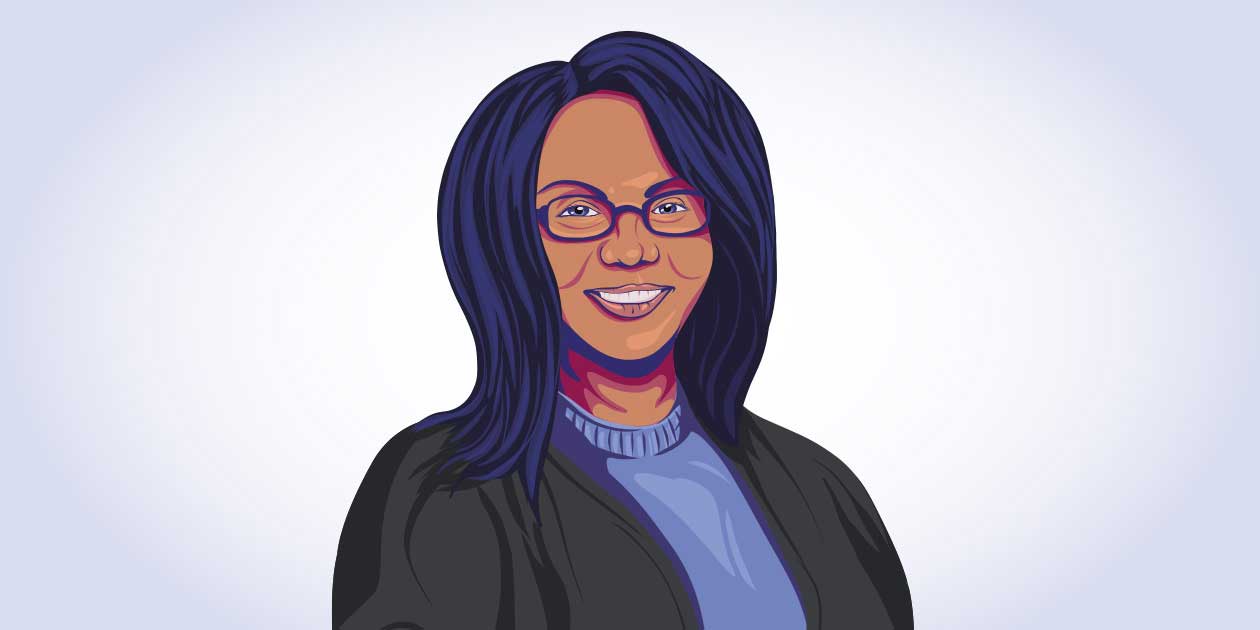 Black mothers in Iowa are six times more likely to die from childbirth than their white counterparts. That's twice the national average.

As a Black mother and nurse practitioner who has dedicated much of her career to maternal health care, University of Iowa College of Nursing assistant clinical professor Lynette Cooper (03BSN) finds these results from a recent Iowa Department of Public Health study unconscionable. She and others at the college are researching why such health disparities persist in the United States, especially when compared to other developed nations. "We're still working on the answers," says Cooper, "but we do know a huge factor is systemic racism."

Many of Cooper's students at Iowa have heard of the Tuskegee Experiment, a 40-year study of untreated syphilis conducted by the U.S. Public Health Service on hundreds of African American men without their knowledge, consent, or welfare in mind. Whistleblowers brought a halt to the experiment in 1972, but Cooper says the pervasive mistreatment and exploitation of vulnerable patient populations throughout history have led many African Americans to distrust physicians and health systems—and even avoid care.

After years as a neonatal intensive care unit nurse, mom-baby nurse, and family nurse practitioner in Iowa, Cooper returned to her alma mater in fall 2018 to teach UI nursing students about issues of implicit bias and racism in medicine, so they can work to build trust with patients and improve health outcomes. "This information is just as necessary as learning about the medications you're going to administer," Cooper tells students. "People don't like to think racism is an issue in health care, because most of us go into health care for altruistic reasons and genuinely try to do our best, but the studies show we've got work to do."

Cooper says she believes education is crucial to improving care for the most vulnerable populations, which leads to better results across the board. Putting her words to action, she helps young mothers in need as a nurse practitioner for a United Action for Youth community outreach program and serves on diversity, equity, and inclusion committees for the College of Nursing and UI Health Care to help inform policy.

Cooper also works to turn the tide as one of the founding members of the Black Women's Maternal Health Collective, which seeks to improve reproductive and maternal health care for Black women in Iowa. The group organized its first conference virtually this past fall through the UI Roy J. and Lucille A. Carver College of Medicine and plans to hold it annually each April during Black Women's Maternal Health Week.

College of Nursing Dean Julie Zerwic says Cooper's passion for diversity, equity, and inclusion in health care has broadened Iowa students' horizons and helped equip them for a future in nursing. "It can be challenging to raise awareness of these issues," says Zerwic, "but after Lynette lectures, students leave the classroom having an entirely new perspective of the impact of the social determinants of health."