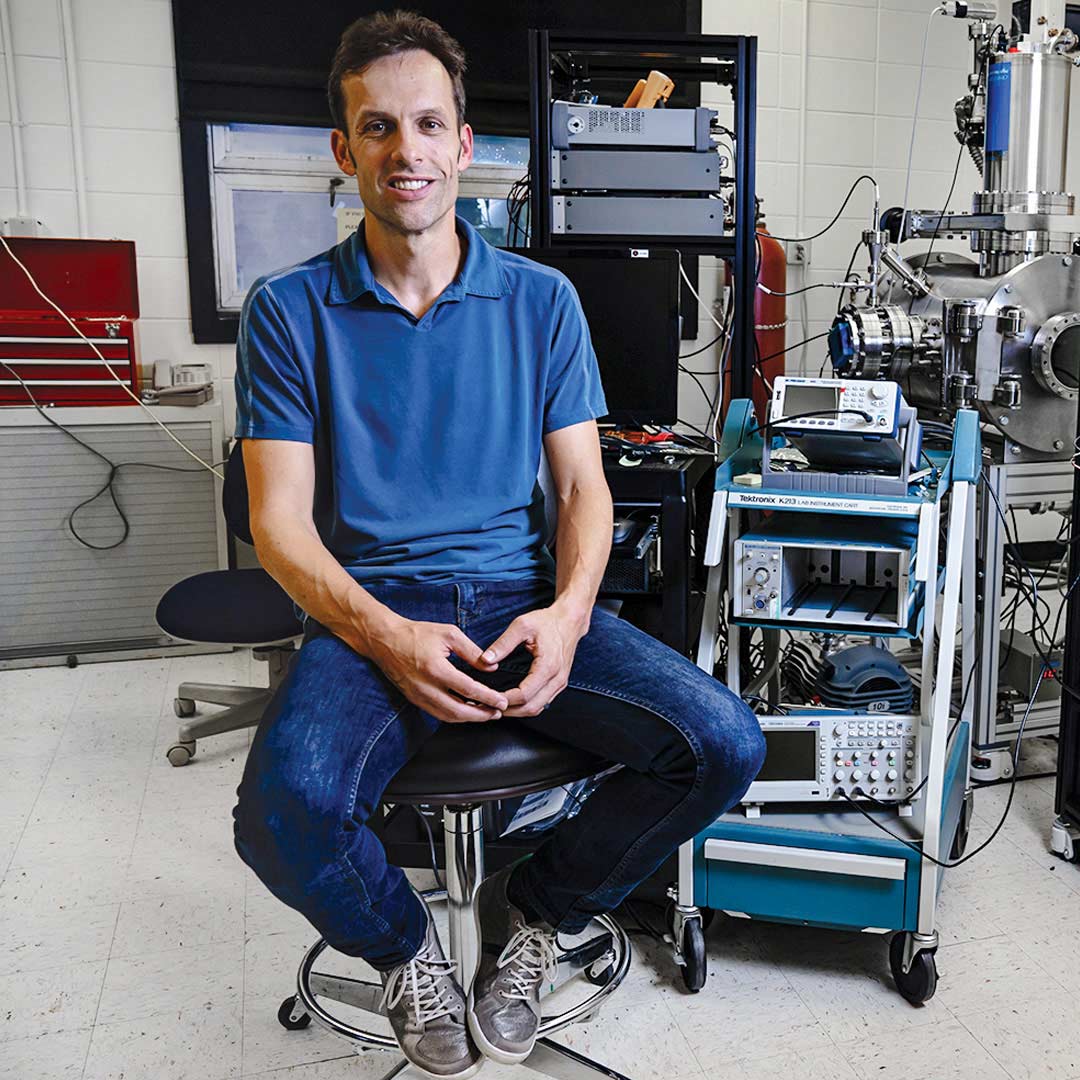 WHY WAS HE IN THE NEWS?

Spinning among the constellations, nearly 142 million miles from the sun, Mars—the red planet named for the Roman god of war—has fascinated humans since ancient times. Now Jasper Halekas, an associate professor in the University of Iowa Department of Physics and Astronomy, will help determine which Martian mysteries scientists should explore next.

The National Academy of Science recently appointed the solar winds specialist to its Planetary Science and Astrobiology Decadal Survey 2023-2032: Panel on Mars. This 15-member group of experts from a broad range of backgrounds will help NASA and the National Science Foundation set Mars’ research priorities for the next decade.

Halekas earned a spot on the panel thanks to his expertise in the upper atmosphere and ionosphere—and its interaction with the space environment. He also has made headlines for his work on NASA’s Mars Atmosphere and Volatile Evolution spacecraft, known as MAVEN. NASA launched MAVEN in 2013, and it uses nine instruments to study Mars’ upper atmosphere, ionosphere, and solar-wind interactions. Halekas is lead investigator on MAVEN’s solar wind ion analyzer, which analyzes how the solar wind interacts with Mars’ upper atmosphere by measuring the wind’s density, temperature, and velocity.

WHAT IS THE PANEL DECIDING?

Halekas says his appointment to the Mars panel is closely related to his work on the MAVEN mission. "There’s a lot of evidence that ancient Mars had a more substantial atmosphere and liquid water on the surface, but today it has very little atmosphere and essentially no liquid water," says Halekas. “With MAVEN, we’re trying to understand how the primordial Martian atmosphere was lost.”

The new Mars panel—part of a broader team covering all areas of planetary science, including Venus, Mercury, and the moon; giant planet systems; ocean worlds and dwarf planets; and small bodies—will help drive future Martian research projects such as MAVEN. The National Academy of Sciences launches these surveys every decade. "NASA and the NSF use these decadal studies to create consensus in the scientific community about the current state of the field and the top research priorities for the next 10 years," says Halekas.

HOW WILL IT BENEFIT HUMANITY?

According to Halekas, the current Mars panel will explore key issues such as the evolution of habitable planets, which will give investigators insight into Earth’s evolution and the conditions under which life can form.

Since Mars also is a prime target for human exploration, Halekas says there is crossover between those goals and the survey’s academic objectives. One such example: analyzing the distribution of surface and subsurface ice on Mars. These studies could yield information that not only benefits scientists but also might be relevant for future explorers who could use the ice as a resource. "Ultimately, we must settle on the most important scientific questions, with the goal of better understanding our universe," says Halekas.