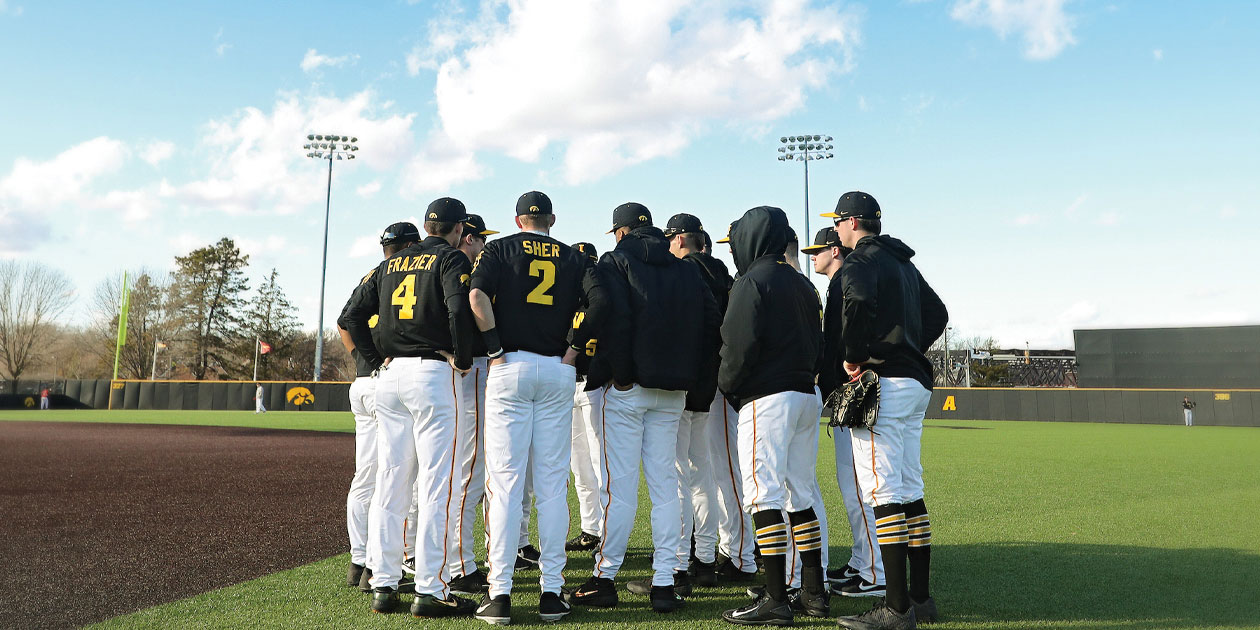 The Iowa softball team had just landed for a tournament in Tampa, Florida, in mid-March when coach Renee Gillispie received a stunning phone call. UI athletics administrators told Gillispie that, sadly, her team needed to return to Iowa City on the next available flight.

The Hawkeyes were off to a Big Ten-best 17-5 start under the second-year coach, and the table was set for one of the program's best seasons in years. But that all came to a grinding halt. Hours later, as Gillispie's staff was scrambling to make new flight arrangements, a second call from Iowa City confirmed the worst. The season had been canceled.

With the COVID-19 pandemic tightening its grip on the U.S., the Big Ten canceled all remaining athletics activities through the end of the academic year. The NCAA soon followed suit. Suddenly, a promising year for so many Hawkeye teams was lost. There would be no March Madness. No NCAA wrestling championships. No Iowa City traditions like the Musco Twilight Track Meet. Even the fall athletic seasons seemed in limbo nearing the end of the spring semester.

"The seniors were the most devastated," Gillispie says of the tear-filled talk with her softball team on the way back to the airport. "It's tough because you could see the improvement, you could see the competitiveness in our players. They were really stepping up and embracing our vision."

The Iowa baseball team seemed similarly primed for a big season. Despite a tough nonconference schedule, the Hawkeyes were 10-5 with wins over three ranked teams and victories in seven of their last eight games. Then it was all over.

"The first week, all of us were waking up in the morning and thinking we'd be able to come back soon, and it was just a bad dream," says Iowa coach Rick Heller. "Now we're just trying to get back to some sort of normalcy."

Unable to work with student-athletes in person, coaches stayed connected over the phone and via video conference to ensure their players were set up for virtual classes, staying mentally and physically healthy, and had direction for solo workouts.

From spring football practices to the Hawkeye Invitational at Finkbine Golf Course, the pandemic spared no sport. Senior gymnast Mitch Mandozzi was preparing for the final home meet of his career in front of a crowd filled with family and friends when the news broke. The ninth-ranked Hawkeye gymnasts were unbeaten at home and poised for a showdown with No. 3 Michigan. But on Senior Day, Carver-Hawkeye Arena was empty.

"I was shocked, but I wasn't sad at first," Mandozzi says of the cancellation days before the meet. "It was very fast-moving. None of us knew how to react; during the weekend the emotions started to come."

While coaches and student-athletes are looking ahead to brighter days, it's difficult not to wonder what might have been. "We were having one of the most unbelievable seasons collectively and individually," says UI Director of Athletics Gary Barta. "I've been amazed at the resiliency. … On the one hand, it's been incredibly difficult. On the other hand, I'm so proud of our student-athletes and coaches in the way they responded."