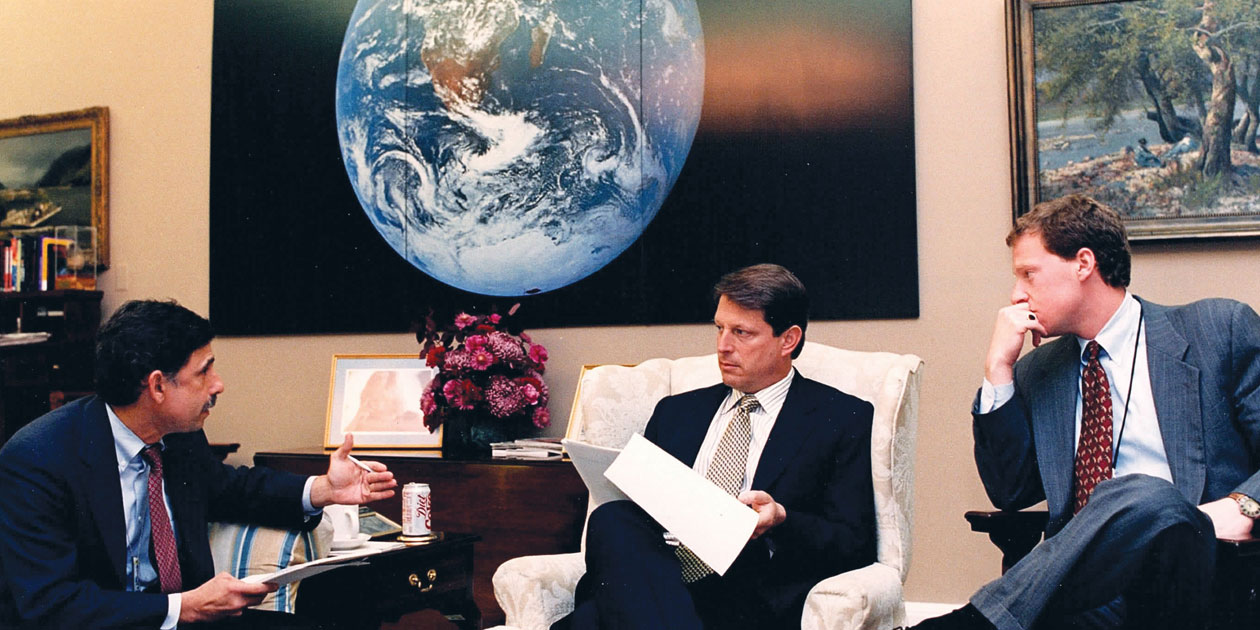 Bob Lehrman (68MFA) came to the Iowa Writers' Workshop in 1965 determined to be the next Ernest Hemingway. Those aspirations soon changed when Kurt Vonnegut offered Lehrman an assistantship.

While teaching speech at Iowa during the Vietnam War, Lehrman developed a passion for politics—which motivated him to use his words to inspire change. "I decided Mahatma Gandhi was a better role model than Hemingway," he says.

After Iowa, Lehrman wrote for two governors, a senator, and two Democratic majority whips—one being David Bonior (67BA), an Iowa football letter winner who was a Michigan representative in the U.S. House. From 1993 through 1995, Lehrman worked at the White House, where he wrote and edited hundreds of speeches as chief speechwriter for Vice President Al Gore.

Lehrman has written four novels—two of which won awards—and continues to draft articles and op-eds under his own name. He teaches a popular political speechwriting course at American University in Washington, D.C., but is best known for the Political Speechwriter's Companion: A Guide for Writers and Speakers.

You've written several thousand speeches. What stands out from your time working for Gore in the White House?

Certainly speeches like the one for Nelson Mandela's inauguration or the 50th anniversary of D-Day, but speeches aren't always about great events. I loved writing Gore's speech for the Baseball Hall of Fame. We went up to New York on Air Force Two. Every ballplayer I'd ever idolized as a kid was there—Stan Musial, Joe DiMaggio, Ted Williams, and Yogi Berra. I walked around with two baseballs, collecting autographs until I ran out of space.

What techniques do political speechwriters use?

Democratic and Republican speechwriters differ about issues, but we generally agree on the techniques. We all use Monroe's Motivated Sequence—the five-step process that's become the default structure of persuasive speech. Repetition is almost always a requirement. The most famous speeches—such as Martin Luther King's "I Have a Dream" speech and John F. Kennedy's inaugural address—all use repetition. There's a reason King said "I have a dream" five times. Repetition gives speakers power.

The best speeches also use accessible language. Since about 1920, when commercial radio began, the grade level for political speech has moved steadily down. That's good. Americans read at a seventh-grade level. They have a right to understand their presidents.

What makes a great political speech?

The Iowa Writers' Workshop taught me the effectiveness of using story. Barack Obama was a great storyteller. In Donald Trump's last State of the Union address, he used about 10 stories—some were very effective. I'd like to take credit for bringing stories into speechwriting, but that mostly belongs to Ronald Reagan and his speechwriter, Peggy Noonan. Stories move, amuse, and inspire. I try to use story in almost every speech I write.

Join Bob Lehrman (68MFA), a novelist and former White House speechwriter who wrote and edited hundreds of speeches for Vice President Al Gore. Registration is required and space is limited for this UI-hosted virtual event.

Join Bob Lehrman (68MFA), a novelist and former White House speechwriter who wrote and edited hundreds of speeches for Vice President Al Gore. Registration is required and space is limited for this UI-hosted virtual event.