Tales From the Crypt-Keeper: UI Biologists Study a Brainwashing Wasp

By Leah Klevar
A University of Iowa biology lab reveals startling findings about the crypt-keeper wasp, a microscopic parasite that brainwashes its insect victims and devours them alive. 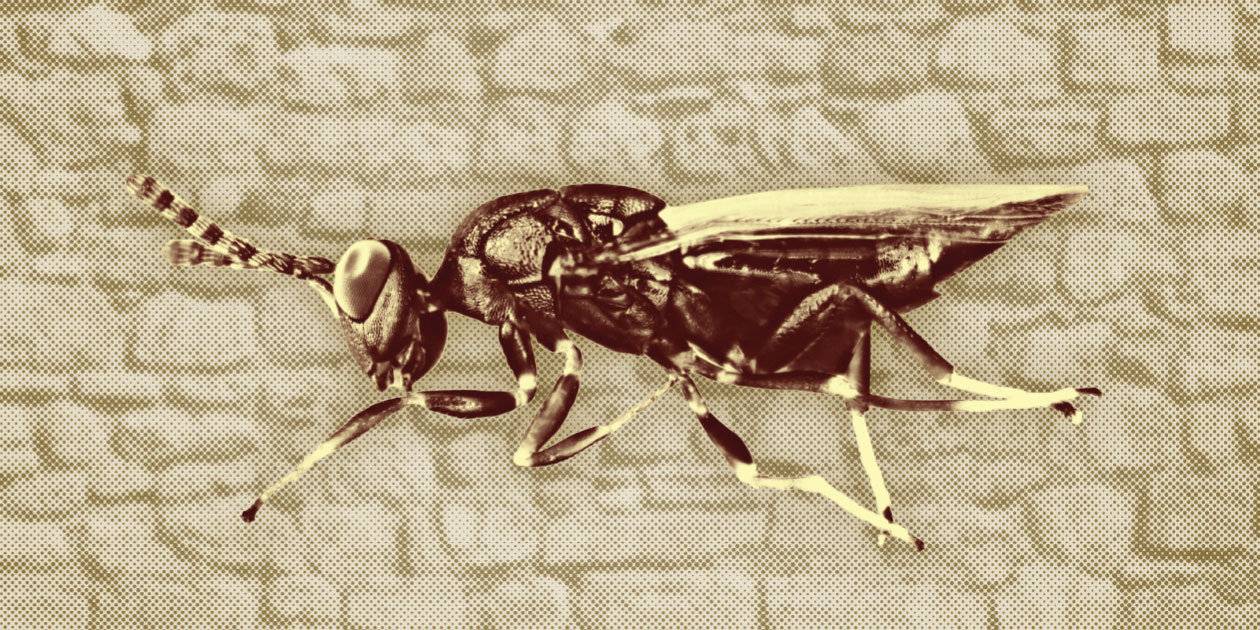 It lays eggs in crypts and bursts through desiccated heads. It derives its name from an Egyptian myth about a god of chaos who dismembers his own brother. And according to UI biology professor Andrew Forbes, Euderus set—the tiny parasitoid wasp also known as the crypt-keeper—belongs to one of the most important animal groups on Earth.

"It might sound like hyperbole, but there are more species of parasitic wasps than any other kind of animal on the planet," says Forbes. "They're among the most evolutionarily successful creatures in the world."

That's because parasitic wasps, many of which are no larger than a pencil dot, deposit their eggs in or near the bodies of insects and other hosts. Once these eggs hatch, the grubs do everything from devouring hosts alive to altering their brains and behavior. Among the estimated two million species of parasitic wasps, there is one that transforms spiders into slaves, one that turns cockroaches into zombies, and another that tricks caterpillars into becoming bodyguards.

In the case of the crypt-keeper wasp, it does something even more bizarre. Not only does it brainwash unsuspecting victims, but it also targets multiple hosts—behavior that is very uncommon for parasites, which usually have just one specialized host. Anna Ward, a doctoral student in Forbes' lab, reported these startling findings in a paper she published last fall in the academic journal Biology Letters, and her research went on to receive attention from The New York Times and other national media outlets.

UI biologists already knew that the crypt-keeper seeks out tumor-like growths, which are called galls or crypts, on oak leaves, where another type of parasitic wasp—Bassettia pallida, the crypt-gall wasp—deposits its eggs. Once Euderus set finds these crypts, it pierces the gall and injects its own eggs alongside those of Bassettia. When the eggs hatch, Bassettia babies begin chewing their way out; however, they inexplicably chew smaller holes than normal and stick out just their heads, plugging the exits. A few days later, the Euderus babies eat their way up through the baby Bassettia bodies and pop from their heads.

While no one yet knows how the crypt-keeper wasp alters the crypt-gall wasp's behavior in this way, the scientists in Forbes' lab were even more puzzled by their recent discovery that Euderus set has multiple wasp hosts with only one thing in common: They all use smooth, small galls without fuzz or spines. This suggests that the crypt-keeper seeks vulnerable homes, rather than focusing on a specialized victim.

Though Forbes and his students don't have all the answers to this crypt-keeper mystery, they're keen to continue exploring such issues.

"Parasitic wasps are extremely beneficial because they help keep ecosystems in check," says Forbes, who noted that the insects serve as natural pest control for farmers and are crucial to help safeguard crops. "If a host species goes extinct, so will some of the parasitic wasps that benefit our planet."