By Richard Lewis & Emily Nelson
At the start of the spring 2020 semester, the University of Iowa opened new facilities for students, staff, and faculty in the College of Pharmacy and the Department of Psychological and Brain Sciences. 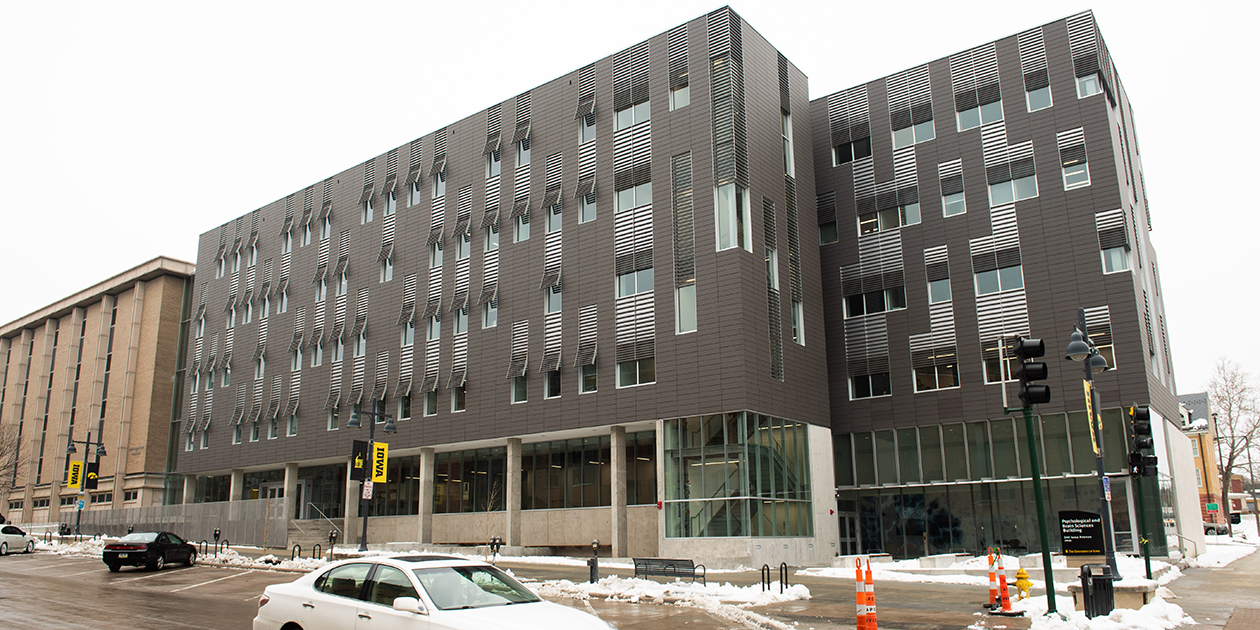 When students returned to the College of Pharmacy and the Department of Psychological and Brain Sciences for the start of the spring semester, it marked not only a fresh slate of classes, but also a new era in Iowa teaching and research. Two leading UI programs opened the doors of gleaming new facilities after years of planning and construction.

The Psychological and Brain Sciences Building is the first centralized home for the department, which is the seventh-oldest psychology department in the U.S. and has been a leader in teaching and research for nearly 130 years. Standing as a gateway to the east side of campus at Gilbert Street and Iowa Avenue, the 66,470-square-foot, $33.5 million facility brings together nearly 1,200 declared psychology majors, 500 minors, and 200 undergraduates performing research in faculty labs. It also houses the Iowa Neuroscience Institute, which was founded in 2016, and an undergraduate neuroscience program created in 2017.

At a ribbon-cutting ceremony in January, UI President J. Bruce Harreld said the building will enhance students' academic experience, increase the research capacity and success of faculty and staff, and help recruit more talent to the university. "It's about all of us coming together—to make better science, greater strides for our students, and lifting ourselves to what is possible as opposed to being stuck in what is impossible," he said. 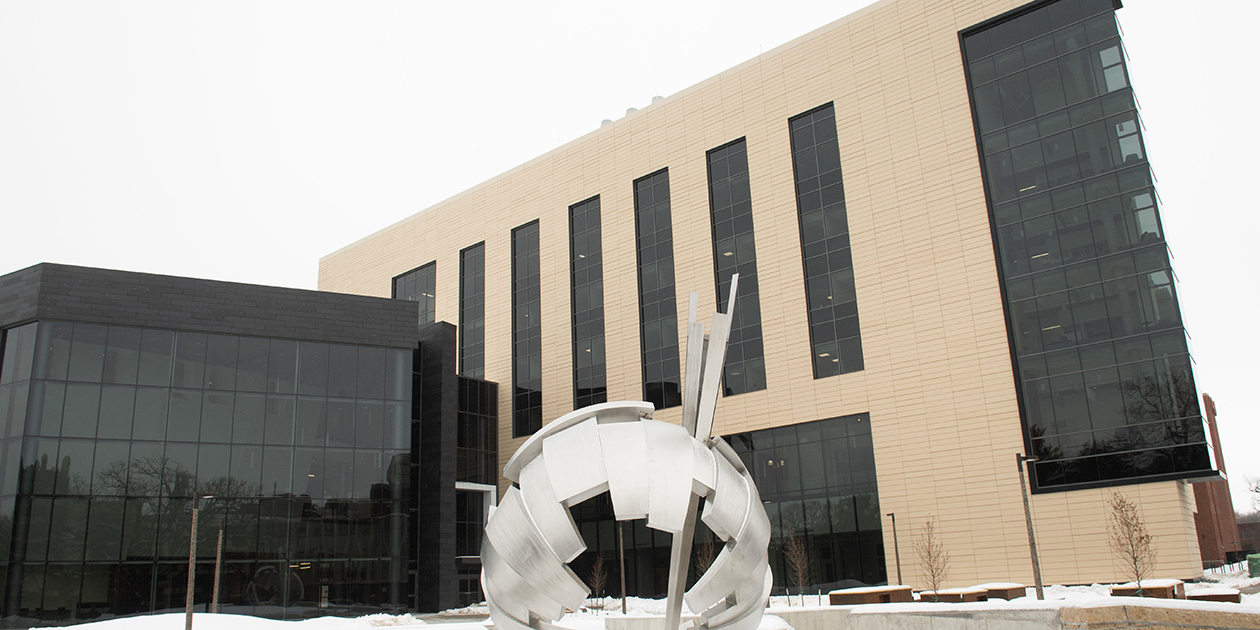 On the campus' west side, along Grand Avenue where Quadrangle Hall once stood, the new College of Pharmacy Building is a bustling hub of learning and research. The $121 million, 228,371-square-foot building—which is nearly twice the size of the college's old facilities—features 16 laboratories, 23 collaborative learning spaces, a lecture hall with three 220-inch projection screens, and a UI Pharmaceuticals sterile product manufacturing unit. The building also houses the Pharmacy Practice Learning Center, which includes mock hospital and community pharmacies.

"Our plan to develop one of the nation's foremost College of Pharmacy facilities has been realized," says Donald Letendre, dean of the College of Pharmacy. "This new home will help transform education and science for decades to come."

Pharmacy Building Ceremony Set for May

How to Support the Building Campaigns

Pharmacy Building Ceremony Set for May

How to Support the Building Campaigns