By Katie Linder
After a storm topples a campus landmark, a new larch takes root. 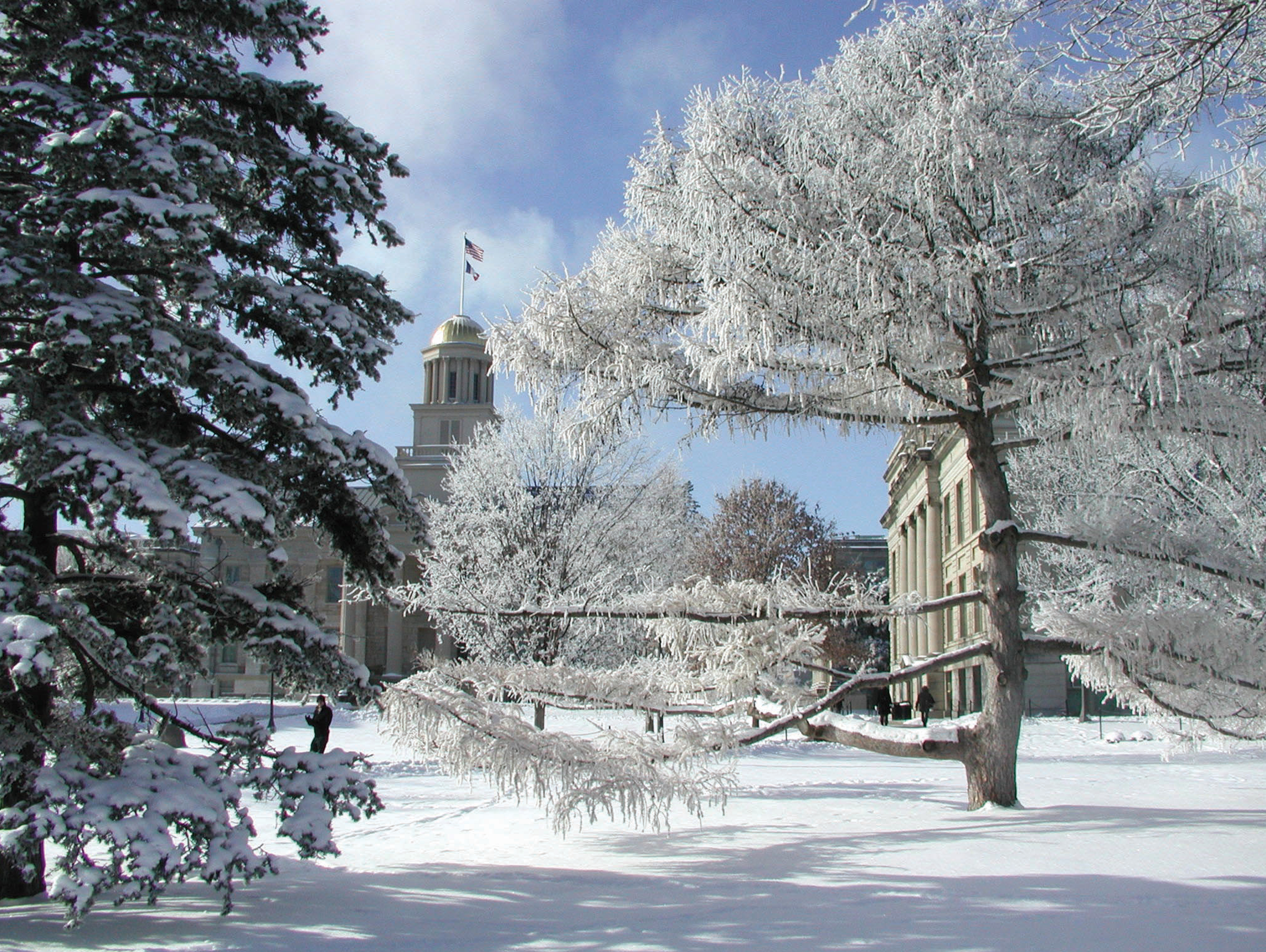 Hawkeyes said farewell to a beloved campus tree following a September thunderstorm. The European larch (pictured in December 2010) stood on the Pentacrest between Clinton Street and Macbride Hall.

It was known for its unique shape, including a long, low branch that was always inviting for visitors to sit on and for children to climb. Storm damage and its initial close proximity to other trees contributed to its distinctive figure. Grounds crews believe the tree was about 50 years old when it fell and planted a new larch on the Pentacrest last November.

The new 28-foot-tall European larch, which is about 15 years old, was planted as close to the original tree site as possible. It's expected to live for more than 100 years.

What are your memories of the larch? Email uimagazine@foriowa.org.