A University of Iowa Biostatistician Soars to World Records

By Deb Venzke
3 minute read
The sky is no limit for College of Public Health alumna and hot air balloon pilot Kim Magee. 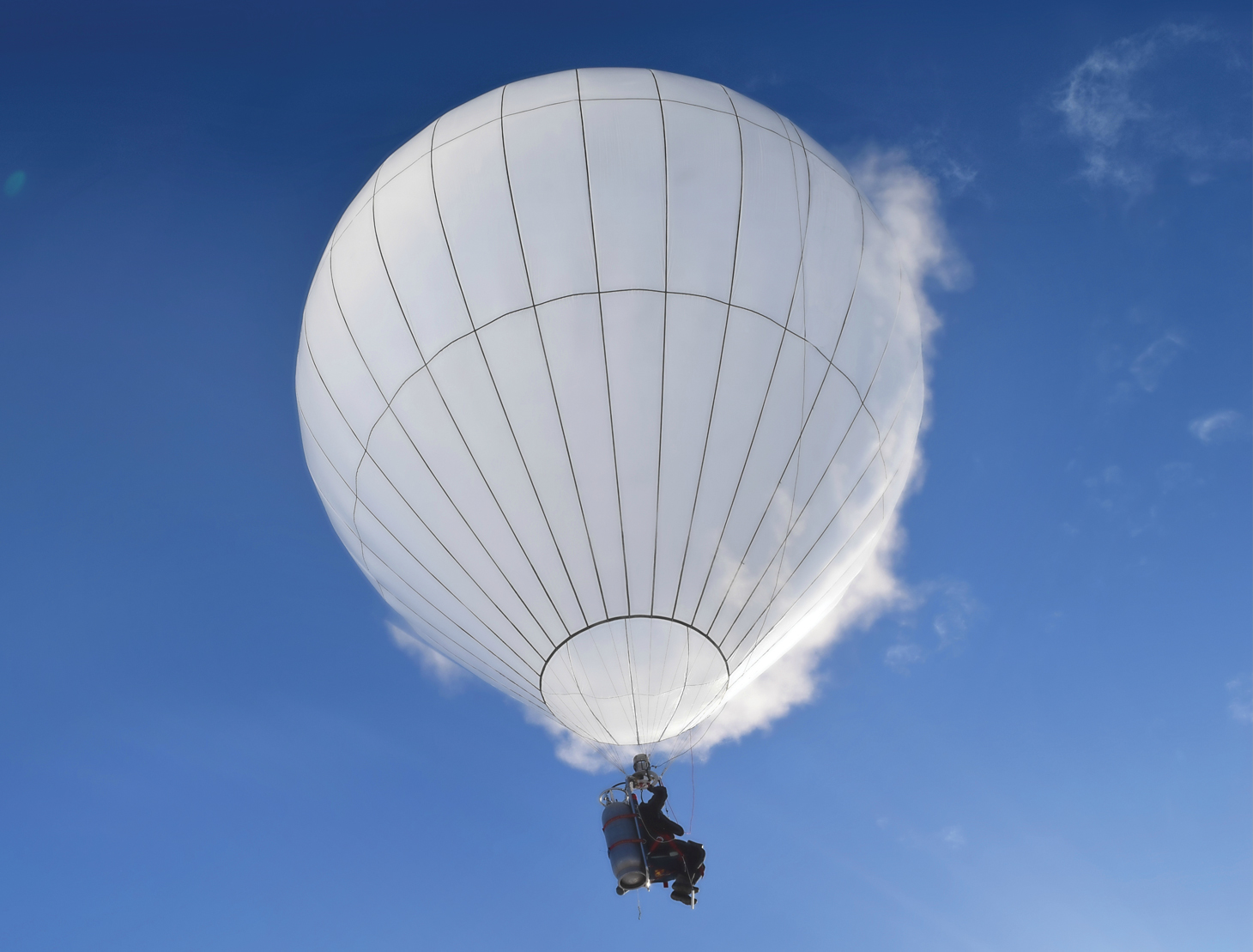 Not many people would feel at ease soaring 10,000 feet above the earth tethered to a balloon, but for pilot and University of Iowa College of Public Health alumna Kim Magee (15MS), the sky is practically a second home.

"My parents bought their first balloon the year I was born," Magee says. "I was so lucky I got to grow up with it." 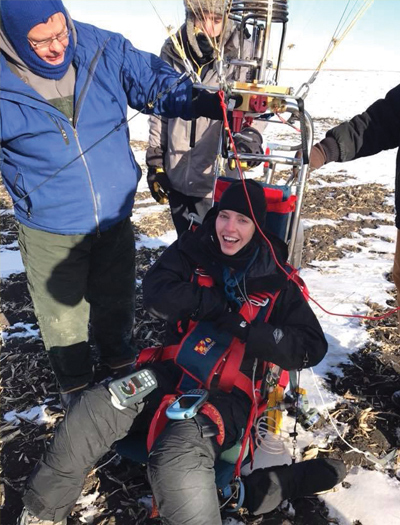 Magee's love for flying runs in the family. In addition to her parents, Magee's husband and mother-in-law are balloon pilots.

On the weekends, Magee and her husband travel from their home in Swisher, Iowa, to ballooning events. While some flights are just for fun, others are competitive. The couple takes part in balloon races, which, Magee points out, are better described as "accuracy races." The competitions are determined by how well pilots steer their balloons, judging shifts in wind at different altitudes to navigate accurately to a given point or target.

Magee also pilots smaller, single-passenger balloons specially designed to attain altitude and distance. In January, she launched a "cloud hopper"—a rig consisting of a chair harnessed to a balloon and fuel tank—from West Fargo, North Dakota. The extreme cold (a bone-numbing minus 20 degrees Fahrenheit) and light winds made it an ideal location for the record-attempting flight. Clad in thermal clothing and equipped with an oxygen tank, Magee reached an altitude of 10,331 feet and flew 61 miles, breaking previous national and world records for altitude and distance in several categories.

In addition to events around the U.S., Magee has flown in Australia, Poland, Lithuania, and England. She also recently earned a license to pilot single-engine airplanes.

What goes through her mind while dangling thousands of feet above the earth? Magee says there's so much to concentrate on that there's no time to worry.

"During flight, there's no hands-off time. You're always doing something to keep you where you want to go," she says. "In colder weather, the balloon reacts more. There's not a lot of time to idly sit and look. You've got to keep making adjustments."

But over North Dakota, Magee did sneak a little time to appreciate the wintry landscape from far above. "It was really pretty," she says. "The sun was glinting off all the frozen lakes."