By Josh O'Leary
3 minute read
In The Beautiful No: And Other Tales of Trial, Transcendence, and Transformation, Salata reveals how she found balance after leaving roles at the Oprah Winfrey Show and the Oprah Winfrey Network.

One of Sheri Salata's favorite roles during her 21 years working alongside Oprah Winfrey was introducing authors to their audience as a producer for Oprah's Book Club. While Salata's days as a TV executive are behind her, she's found herself once again promoting a new writer. 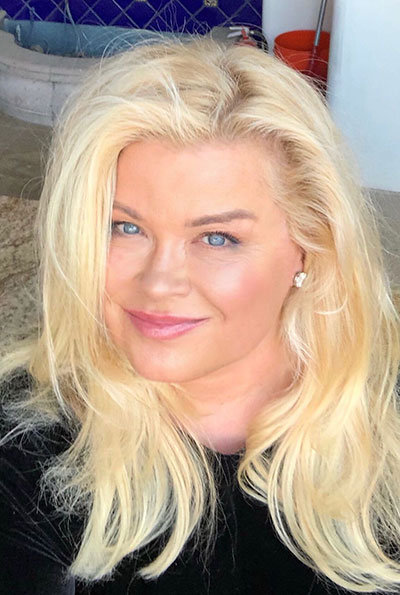 Salata, a Tippie College of Business alumna who became the Oprah Winfrey Show's executive producer and co-president of the Oprah Winfrey Network, has published her debut memoir. The Beautiful No: And Other Tales of Trial, Transcendence, and Transformation is Salata's revealing account of how she landed her dream job, only to realize after stepping away from the demands of TV that she had neglected other aspects of her life.

In the book, Salata opens up about rebooting her life in her 50s and her search for health, happiness, and romance. She also created a free 64-page companion workbook to help readers identify and achieve their own dreams.

As part of her national book tour, Salata returned to Iowa City for an appearance in Sept. 2019 at Prairie Lights Books. Tippie Dean Sarah Fisher Gardial led a discussion with the author.

Salata recently spoke to Iowa Magazine via phone from her home in Napa Valley, California.

Where does the title The Beautiful No come from?

Before I got that entry-level job producing promos at the Oprah show, I was up for a huge job as a senior producer at an ad agency in Chicago. The interview went great; the guy who was hiring said, "You're exactly what we're looking for." A week went by and I didn't hear anything. Sure enough, I got a form rejection letter. I was just devastated. I was out of money and I wasn't sure what I supposed to do. I thought by 35 I should have had things figured out. Shortly after that, I got a message that the Oprah show wanted me to come in to freelance. Now I can look back to see that had I gotten that big job, there's no way I would have quit it to freelance for the Oprah show. I realized that was a beautiful "no."

What did that experience teach you?

What I started to believe is that all the "no"s are beautiful. With every no, every disappointment, and every rejection, you can look instead at how you're moving to a new path and what that brings. That's become a foundational, spiritual principle for me.

Was it difficult to write so openly about your life?

I think that's a gift of the middle of life. You don't really care what anyone else thinks anymore, and you're not trying so hard to live behind a façade. You're more content with who you are. Sure, there are moments I absolutely feel like I'm walking around without my skin on. But when people on my book tour tell me they feel so encouraged and inspired, it gladdens my heart.

What do you hope readers learn from your story?

The overarching message is that it's never too late to live the life of your dreams. If not now, then when?