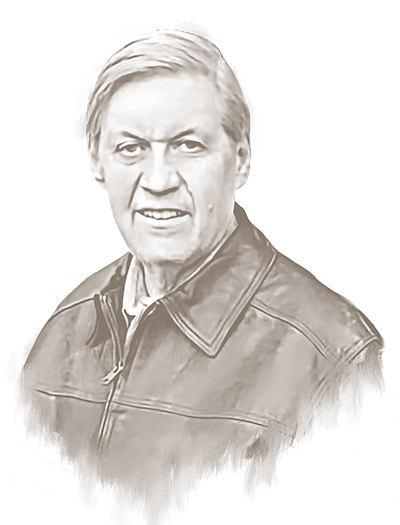 A noted expert in African art and revered UI professor, Christopher Roy lived by the philosophy that art is a verb rather than a noun. "Art is something to be experienced—to see, to enjoy, to record," Roy once said.

For more than 40 years at the UI, Roy did just that. The Elizabeth M. Stanley Faculty Fellow of African Art History, Roy spent his career documenting Africa's rich culture and bringing it back home to Iowa. Roy's popular lectures inspired generations of students, and his partnership with the UI Stanley Museum of Art helped build one of the nation's finest African art collections in Iowa City.

Roy first visited Africa in 1966 while studying abroad. After graduating from St. Lawrence University in Canton, New York, in 1970, Roy and his wife, Nora, returned to the continent to work as Peace Corps volunteers in Burkina Faso, where he served as director of the national arts center. Roy earned his PhD in art history at Indiana University and in 1978 joined the faculty at Iowa, where he would spend the entirety of his teaching career.

Roy wrote six books on African art, founded and directed the Program for Advanced Study of Art and Life in Africa, and hosted 12 international conferences on the subject at the UI. Traveling extensively across the continent over the decades, Roy created dozens of videos about West African culture for classroom use, coordinated an ambitious multimedia project titled "Art and Life in Africa" (africa.uima.uiowa.edu), and established a YouTube channel that gained thousands of followers and millions of video views.

Roy died Feb. 10 at age 71—but not before receiving one final honor. The Stanley Museum of Art Members Council presented him with the Frank Seiberling Award for Significant Faculty Contributions, which is given only once every five years. A memorial fund was also created in Roy's name to support undergraduate internships at the UI Stanley Museum of Art. To contribute, visit givetoiowa.org/2019la98. 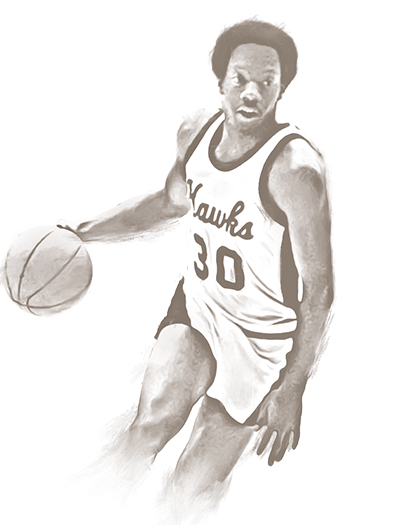 Kenny Arnold, an Iowa basketball standout from 1979-1982, led the team in points and assists during the Hawkeyes' magical 1980 Final Four season. But it was his ability to inspire after his playing days were over that left a lasting legacy.

For nearly 35 years, Arnold battled complications from a brain tumor and multiple strokes, which limited his mobility and ability to speak. Yet through it all, he remained positive and courageous, and his bond with his former teammates and the Iowa program only grew. In 2017, the Iowa men's basketball team established the Kenny Arnold Spirit Award, which is given annually to a player who exemplifies Arnold's spirit of leadership, determination, and poise.

Join our email list
Get the latest news and information for alumni, fans, and friends of the University of Iowa.
Sign up now
Related Articles
New Iowa Spirit Squad Alumni Group is Reason to Cheer
The new organization will create mentorship opportunities and new ways to support current team members.
Old Gold: Hancher's Half-Century of Impact on Iowa
As the UI's performing arts auditorium approaches its 50th anniversary, we're collecting memories of Hancher.
Iowa Medical Student Authors Children's Book to Fight Skin Stigma
Fourth-year UI Carver College of Medicine student Pavane Gorrepati publishes a book to educate young readers about alopecia, a condition that can cause childhood hair loss.
Fragments: Memories of My Father
On the anniversary of the tragic 1991 campus shooting, the daughter of University of Iowa physics professor and renowned space plasma theorist Christoph Goertz reflects on her family's loss—and the healing that came after.
Advertisement