By Shelbi Thomas
1 minute read
UI engineering senior Suman Sherwani learns what it's like to press the button that sends a rocket soaring. 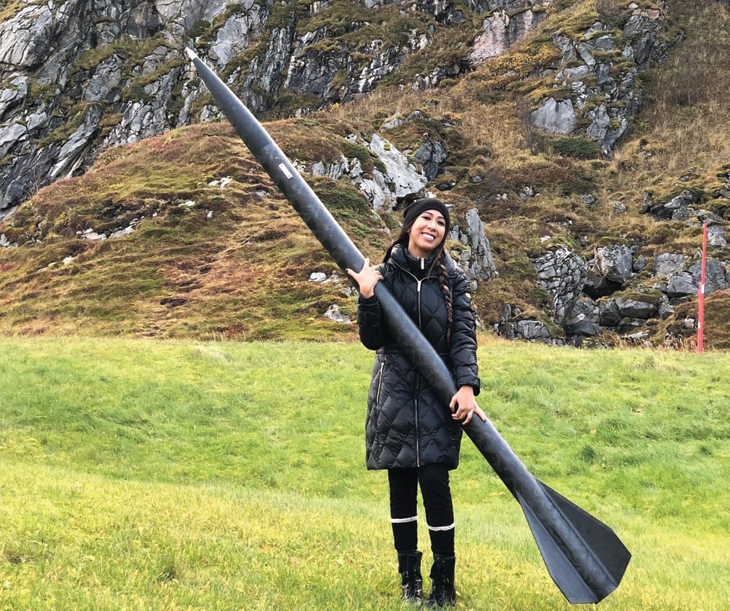 The exhilarating moment was the culmination of a weeklong international field school where undergraduates design, build, and launch a 9-foot-tall rocket from Andřya Space Center in Andenes, Norway. Sherwani's experience through the Canada-Norway Student Sounding Rocket (CaNoRock) exchange program this past fall allowed her and other students from around the world to apply what they've learned in the classroom to a near-Earth mission. Two more UI students, physics majors Emily Silich and Danny Tallon, participated in the program this past January.

"I got to see what it would be like to be part of a real rocket campaign, the ups and the downs," says Sherwani, an electrical and computer engineering major. "And I loved every moment of it." At Iowa, Sherwani has already served as an undergraduate researcher for two labs, studied abroad in Japan, and worked for Collins Aerospace. Now the Naperville, Illinois, native is considering earning a master's in applied physics to prepare for a career in astrophysics or space physics.

"I left feeling so excited for the future," she says. "This really opened my eyes to the world of space physics, and now I can't stop thinking about how I can do this for the rest of my life."