A collegiate golfer came to Harold Shinitzky (82BS) with a problem. He could drive the ball straight as an arrow. His approach game was on point. But far too frequently, he unraveled on the green. 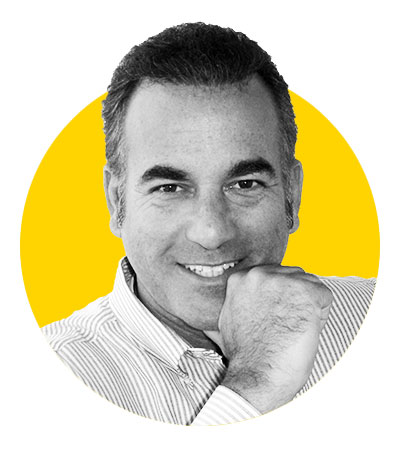 As is often the case in a sport as fickle as golf, the problem was in the player's head. The golfer, his team's top player, was a perfectionist who viewed anything except one-putting a hole a failure. Time and again he beat himself up over misses. So Shinitzky, a Florida-based sport psychologist and motivational speaker, gave the student-athlete a simple assignment: Look up the statistics for the best putter on the PGA Tour. Even the world's top players, the golfer soon learned, averaged closer to two putts per hole. "Life isn't about perfection, but it's how you handle imperfection," Shinitzky told him. The next week, the student-athlete shot a course record.

Shinitzky has been helping athletes navigate those mental sand traps for nearly 25 years. The Chicago native studied psychology at the UI before earning his doctorate and becoming a faculty member at Johns Hopkins University in Baltimore. For several years Shinitzky was a consultant for public and private school systems in Maryland, where he developed a youth prevention curriculum called Project Champions and worked with high school coaches and young athletes. Today, Shinitzky serves clients ranging from U.S. Olympians to NFL players to professional baseball players at his private practice in Clearwater and St. Petersburg. Shinitzky has authored three self-help books, including his latest: A Champion's Mindset: 15 Mental Conditioning Steps to Becoming a Champion Athlete, which can be found on Amazon.

Most people think that when they get stressed or tense or anxious, they just have to put up with it. But we can actually address your physiological response. If you tell yourself this is the biggest event of your life, you've literally just made it that way. The reality is that the laws of physics haven't changed from practice to the competition. Even if they call something the Super Bowl, the field is still the same length and width, and the football is still the same size. The only thing that's changed is how you think about it.

I like to say there's no such thing as stress. The body does have a stress reaction, but that's based on your perception. A very common anxiety is public speaking, but there isn't anything that's innately stressful about it. What's anxiety-producing to one person isn't anxiety-producing to another. I help individuals realize that it all comes down to their perception and thoughts.

What are some practical things you teach athletes to overcome that anxiety?

We start out with deep breathing, which is known as diaphragmatic breathing. When you get stressed, you tighten up your abdominal core and you're not getting enough oxygen to your body and brain, so you don't think clearly. Once you get that pattern down of deeper, longer breaths, then we do muscle relaxation. I start from the head down to the toes, because I want your brain to be the start of a cascade of relaxation. The third part is visualization, because whatever your mind's eye sees becomes your reality. We help people find a quieter place, and in that same state of mind envision their sport-specific behaviors. This increases the probability that they'll engage in their sport in that same comfortable, quiet state of mind.

First off, you have to possess the physiological ability; not everyone can slam dunk a basketball. But they also have an incredible and absolute belief in self. I don't mean it's grandiose, but it's a confidence in knowing they have the experience, possess the skills, and have the coaching. And they all understand resiliency—there are times when you plateau but you don't throw the towel in. They know how to weather the storm. They have the mentality that a loss is not a failure if you learn from it.