Ahead of the Game

On the outside, Iowa's football helmets will look much the same as past years when the Hawkeyes open the season Sept. 1 against Northern Illinois. But under the hood, the Tigerhawk-branded helmets are getting an overhaul designed to boost player protection and comfort. The Hawkeyes will be the first team in the nation to outfit the majority of its players with Riddell's new "Precision-Fit" helmets, which feature interior padding that's custom molded to each player's head using advanced 3-D scanning technology.

Iowa Alumni Magazine dropped by the Hansen Football Performance Center during spring practices to get the lowdown on the new helmets from longtime equipment manager Greg Morris (84BGS). 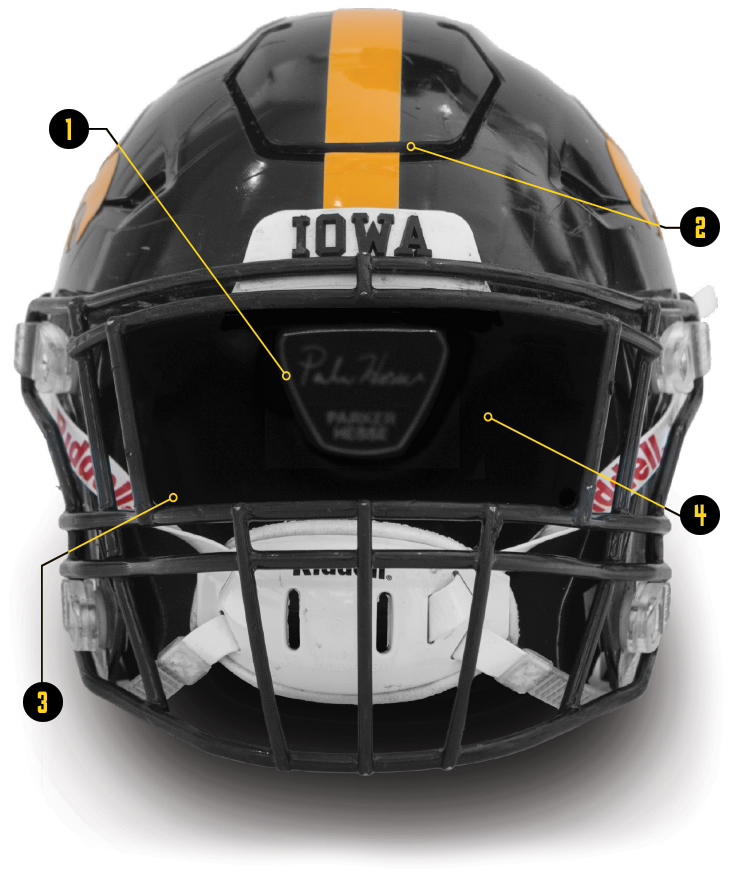 Select players nationwide wore prototypes of the Precision-Fit helmets the past two seasons, including 15 Hawkeyes in high-impact positions. This year, every returning Iowa player will be outfitted with the new helmets, while true freshmen will receive theirs next winter.