View All From You
Share
IOWA Alumni Magazine | January 2018
Understanding Autism
By IAM STAFF
UI research shines new light on the disorder, including why it’s more common in boys. 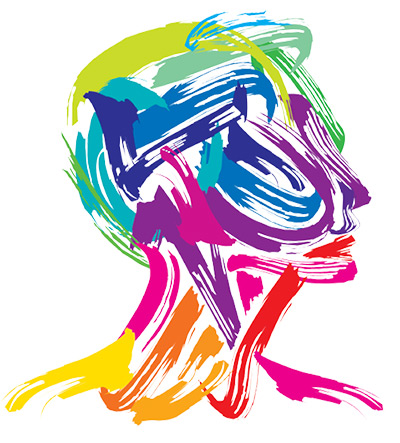 From the brain pathways of mice to a landmark national study involving more than 50,000 people, UI researchers are seeking new understandings of autism through lenses both small and large.

According to the latest figures from the Centers for Disease Control and Prevention, one in 68 children has been identified with an autism spectrum disorder, and autism is about 4.5 times more common in boys. Why males are more predisposed, however, has been a mystery to researchers.

With that question in mind, UI scientists launched a recent study that tested for abnormalities in the reward-learning behavior of mice—examining how the animals associate their actions with rewarding outcomes. This type of learning, which happens in a part of the brain called the striatum, is disrupted in people with autism and other neurodevelopmental disorders.

Using mice with a section of DNA deleted on a specific chromosome—a genetic variation associated with autism—the researchers found that only the male mice had abnormal rewardlearning behavior. Female mice with the same genetic deletion were not affected. The scientists also found differences in the sexes in the molecular signaling pathways in the striatum region of the brain, according to the study, which was published online this past fall in Molecular Psychiatry.

Senior study author Ted Abel, director of the Iowa Neuroscience Institute at the UI Carver College of Medicine (see IAM feature “Investigating the Brain”), says differences in reward learning offer a possible explanation as to why people with autism may not interact socially: They don’t find it as fulfilling.

“It could explain why people with autism have restricted interests—because they find only very selective things rewarding,” Abel says. “And it could explain the differences in language acquisition—because the neural circuitry involved in reward learning is the same circuitry that mediates both language learning and production.”

The UI is also taking part in a new national research project that is considered the most ambitious study of autism genetics ever conducted. The wide-ranging study, organized by the Simons Foundation Powering Autism Research for Knowledge, or SPARK, aims to advance the understanding of autism and connect families with researchers.

The UI is one of more than 20 leading medical schools and autism research centers in the U.S. serving as clinical trial sites for the SPARK study. The goal of the study is to collect the genetic information of 50,000 people with autism; about 23,000 are currently enrolled.

“Since every kid is like a genetic snowflake, you need really big numbers to capture the genetic diversity that’s out there in autism,” says Jacob Michaelson, assistant professor of psychiatry and principal investigator of the SPARK trial site at the UI.

To date, about 50 genes have been identified that are believed to play a role in autism, and researchers estimate that at least an additional 300 are involved. Through its large pool of participants, the SPARK study aims to identify potentially hundreds more genes related to autism and link them to the biological mechanisms they govern. The study will also examine any environmental factors that may have affected individuals with autism.