The mustache and the shades.
The Tigerhawk and the Swarm. The trick plays and pink locker room. The entertaining tales that straddled the line between truth and fiction. Hayden Fry changed Iowa football forever.

As soon as he set foot on campus in Iowa City, Fry started reviving and reinventing a Hawkeye program that endured 17 straight seasons without a winning record. Accepting the head coach position in 1978—after successful stints at Southern Methodist University and North Texas State University (now the University of North Texas)—the Texan and Marine rebranded Iowa's identity with confidence and swagger. His detailed and disciplined work ethic balanced his humor and enthusiastic energy. With a combination of charm, empowerment, and precision, Fry extracted the best from each of his coaches and players—nurturing independence and accountability.

"We'll take what the other team gives us. We'll scratch where it itches." -Hayden Fry

His University of Iowa loyalty, love, and legacy appear in many ways today—whether through honorary events like FRYfest earlier this month or the success of the players and coaches he mentored. Says former quarterback Chuck Hartlieb, 88BBA: "Hayden Fry changed the direction of Iowa football specifically, but probably Iowa athletics as a whole. He created a whole new culture in Iowa City."

Not the least of which was his visionary leadership in the creation of the Tigerhawk, a masterful and widely beloved brand finally added this summer to the midfield turf of Kinnick Stadium. Wanting a distinctive decal for Iowa's helmets, Fry enlisted an advertising firm to create a new logo. Bill Colbert, art director of Three Arts Advertising in Cedar Rapids, quickly delivered the Tigerhawk—one of the most recognized logos in college sports—and gained immediate approval from Fry. Its placement on the field ensures Fry's relevance is visible every time the Hawkeyes take the turf. Fry's aesthetic overhaul continued when he gained permission from the Pittsburgh Steelers to tailor the Iowa uniforms after the NFL franchise that dominated the 1970s. Further, he created the "Swarm" pregame entrance, encouraging his players to hold hands as they took the field to reinforce solidarity.

Hawkeye greats share their perspective of the legendary coach.

"There's not a day that goes by where I don't rely on something that he taught me."

—Chuck Long on Fry's impact on his life

"He wasn't as interested in learning about how many yards they gained or how big or strong they were. He wanted to know their girlfriend's name, their dog's name, their parents...so that he could get to know them better and relate with them better on a personal basis."

"He came across at times as maybe being impatient or inconsistent, but I think everything he did had some logic to it and a psychological approach, because he was trying to get the best out of our minds, as well as our bodies."

Reminders of Hayden surfaced in recent months with the June retirement of Bob Stoops, 83BBA, one of Fry's most notable assistant coaches, after 18 years as head coach at the University of Oklahoma. His departure leaves Kirk Ferentz as the longest-tenured Division I Football Bowl Subdivision (FBS) head coach. The memories also came through the untimely death of Bob Elliott, 76BA, another talented Fry understudy, who lost his blood cancer fight in July at the age of 64. The 11-year Hawkeye assistant built lasting relationships with his players that exceeded the gridiron—another trait he shared with Iowa's hall of fame coach.

Fry embraced the mental aspect of the sport well before most coaches and frequently employed his psychology education—but also kept the atmosphere fun and loose. He empowered his quarterbacks in critical moments, balancing his own gut decisions with greater ownership from his players.

Fry instructed quarterback Chuck Long, 85BBA, to "keep the ball and don't tell anyone else" on a game-winning bootleg run in 1985 against Michigan State. Two years later, Iowa faced fourth-and-23 in the waning seconds against Ohio State in Columbus. Fry turned to Hartlieb to make the call in what became known as "The Play"—a 28-yard touchdown pass to Marv Cook, 90BBA, for the upset win.

The approach appeared haphazard at times, but Hartlieb believes every one of Fry's moves was well planned. Iowa's resurgence under Fry's 20-year tenure included three Rose Bowl berths, three Big Ten titles, 10 finishes in the Associated Press Top 25 poll, and 14 bowl appearances. The Hawkeyes also helped break Ohio State and Michigan's stranglehold on the Big Ten. Of Fry's transformative impact at Iowa, current head coach Ferentz says: "I doubt anybody else in America was capable of pulling off what he pulled off."

"Not only are we going to win, we're going to look good doing it." -Hayden Fry's Game Day Message to Chuck Long

But Fry also leveraged his platform to address issues that transcended football. He integrated the Southwest Conference by recruiting Jerry LeVias—the league's first black scholarship football player at Southern Methodist University in the 1960s. Amid the Midwest farm crisis in 1985, he launched the America Needs Farmers campaign—placing gold "ANF" decals on the Hawkeyes' helmets to raise awareness.

Fry's time in Iowa City reshaped the landscape of college football through an illustrious lineage of assistant coaches. Fifteen of his understudies (13 at Iowa) moved on to Division I-A/FBS head coaching roles, including some of the sport's biggest names—Stoops, Bill Snyder, Barry Alvarez, and Ferentz—who have combined for 1,063 wins, 20 conference championships, 47 bowl victories, and one national title in major college football entering this season. The branches of his coaching tree reach even further through a new generation of head coaches including Kevin Sumlin, Mike Leach, and Paul Chryst. Some links stayed in Iowa City, including Bill Brashier and Carl Jackson—two of Fry's top assistants who never became head coaches but had unmistakable impacts on the UI program.

From football to racism and helping farmers, Fry faced every challenge with confidence and optimism—but nothing could prepare him for his most personal test in 1998. Diagnosed with prostate cancer, he focused his attention on fighting the disease and spreading awareness. He supported a $10 million campaign for the J. Hayden Fry Center for Prostate Cancer Research at the University of Iowa, gave speeches at UI Hospitals and Clinics, and visited cancer patients across the country. Even as health issues forced him to step down as Hawkeye head coach, Fry's passion for Iowa never wavered. "To spend 20 years as a member of the Hawkeye family, I could never repay them," Fry remarked at his retirement
press conference.

Nearly 19 years after his cancer diagnosis, Hayden Fry is now 88 years old and resides in Mesquite, Nevada. He still maintains relationships with former coaches and players, draws upon fond memories on and off the field, and gets a chuckle out of the same jokes he's told dozens of times before. Like the other legend for which Kinnick Stadium is named, his heart will forever beat black and gold. 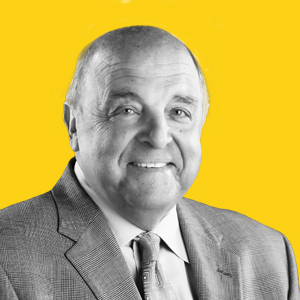 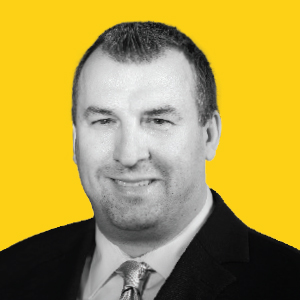 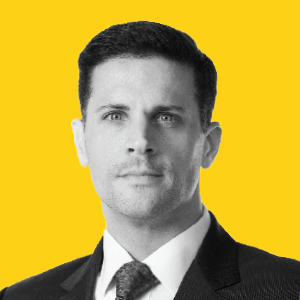 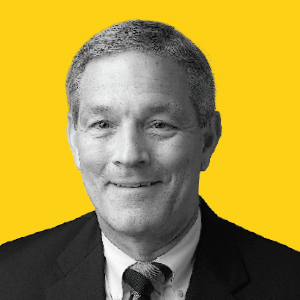 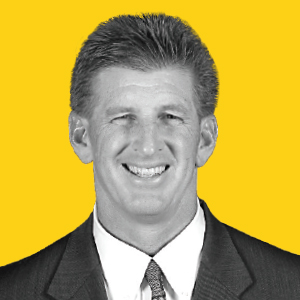 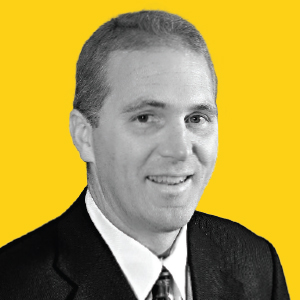 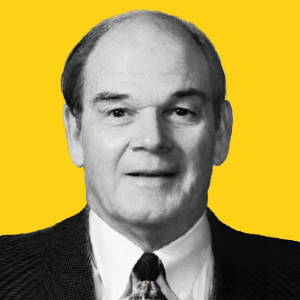 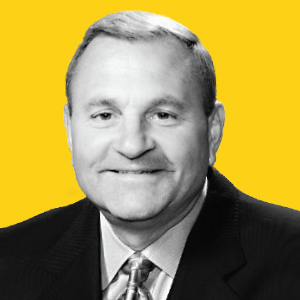 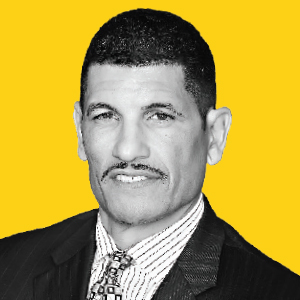 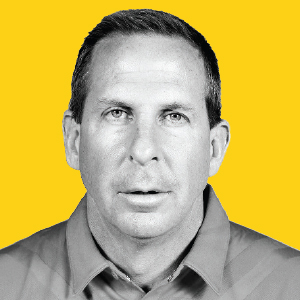 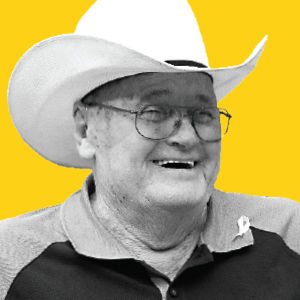 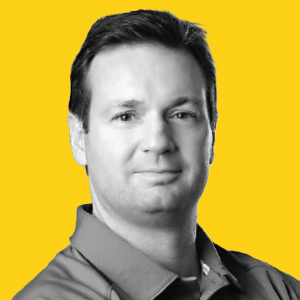 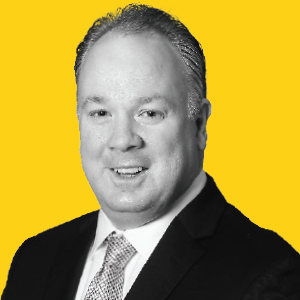 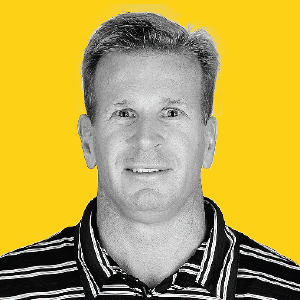 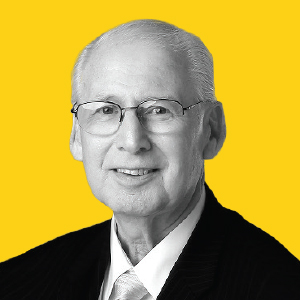 Other notable Iowa assistants under Fry: 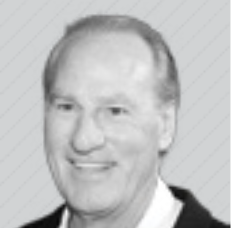 "I wanted the players to feel like they were part of a family, to be conscious of that controlled togetherness as they made that slow entrance onto the field. It had a great psychological effect on the opposing team, too. They'd never seen anything like it."

—Hayden Fry on "the Swarm"
Related Articles
Know Your Stoops
Meet the famous Hawkeye football family, including Mark Stoops, the Kentucky coach who will soon face his former team in the Vrbo Citrus Bowl.
How Christine Grant Changed the Game
On the 50th anniversary of Title IX, the University of Iowa celebrates the legacy of the athletics administrator who helped level the playing field nationally and sparked a women's sports revolution.
Iowa Student-Athletes Use NIL Deals to Give Back
Meet 11 Hawkeyes who have dedicated their platforms to supporting UI Stead Family Children's Hospital and other causes.
Watch Student Manager Jack Devlin Sink Iowa's Shot of the Year
The Hawkeyes' most memorable long ball of the basketball season came during a timeout on Senior Night.