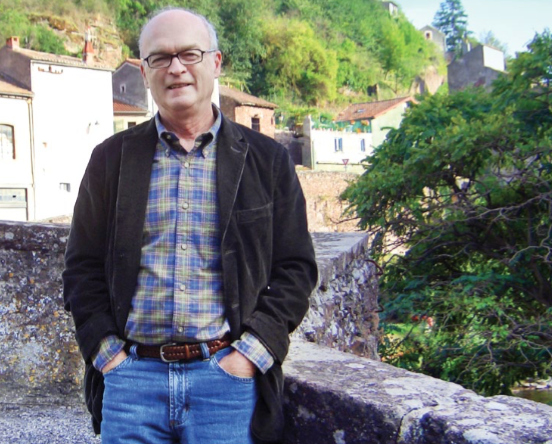 Raymond Mentzer thumbs through a long-forgotten manuscript and its pages all but crumble to dust—a reminder the document has sat untouched for hundreds of years.

"Historians love that kind of thrill," says the UI religious studies and history professor, whose research of arcane manuscripts has cast new light on Reformation-period France.

In recognition of his contributions to French history and culture, Mentzer will soon gain a new title: Chevalier dans l'Ordre des Palmes Académiques, or knight in the Order of Academic Palms. Nominated by a French colleague, Mentzer will be formally knighted in a June ceremony in Paris at the École Pratique des Hautes Études, one of Europe's most distinguished research institutions.

France's oldest non-military decoration, the Order of the Academic Palms was founded by Napoleon Bonaparte in 1808 to honor university professors, and the award was extended to non- French nationals in the 20th century. Mentzer is at least the fifth UI scholar to receive academic knighthood in France, joining UI associate provost and dean of international programs Downing Thomas; teacher Bryan Watkins, 90BA; and professors emeriti Jacques Bourgeacq, 72PhD, and Rick Altman.

Mentzer, who came to the UI in 2001 as the Daniel J. Krumm Family Chair in Reformation Studies, has published a number of books and journal articles on 16th and 17th century French Protestantism. Over the past two decades, Mentzer has honed his research on the little-studied manuscripts from the Protestant consistories—moral courts presided over by pastors and church elders.

Mentzer typically makes a few trips to France a year to access the delicate and difficult-to-read documents, which reside in archives in Paris and southern French towns with deep Protestant histories. It took him the better part of a decade to feel fully comfortable in terpreting the 16th century script, but his persistence has yielded a unique vantage of the spiritual and everyday lives of ordinary people.

"These were people who had no chance of escaping poverty," Mentzer says. "But many of their foibles and faults were no different than the foibles and faults of people living in 21st century America. So there's a certain recognition of our humanity there."