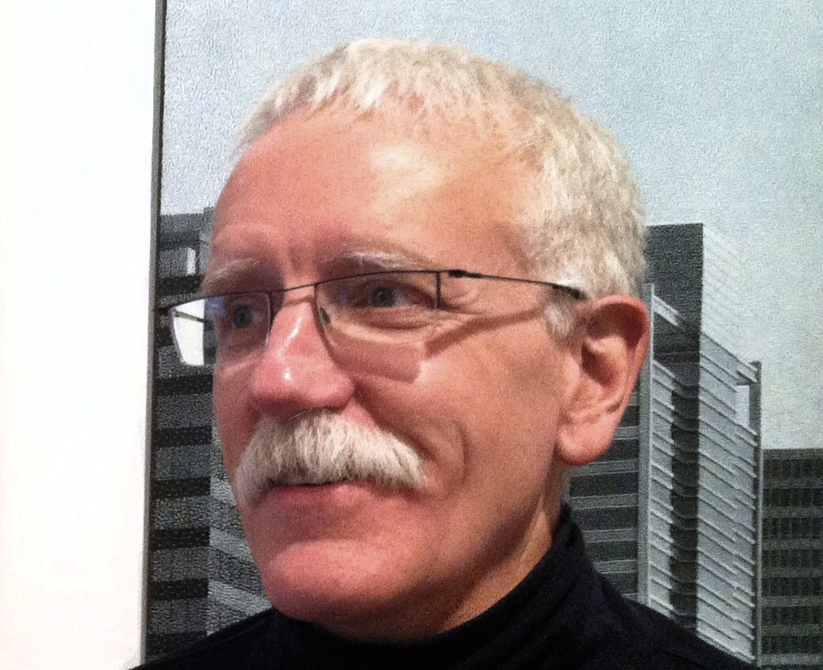 As one of 15 artists in the U.S. Mint's Artistic Infusion Program, Masters has already helped tell the stories of America through projects like the 2006 Nebraska quarter featuring Chimney Rock pioneers and the 2009 Abraham Lincoln bicentennial penny of the president's log cabin birthplace. 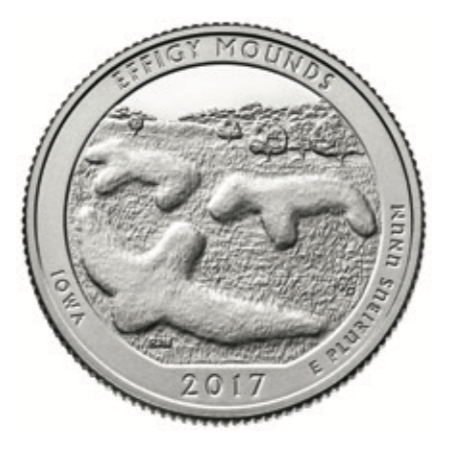 Approved by the Secretary of Treasury, about 400 million quarters with artist Richard Masters' Effigy Mounds National Monument design will be circulated by the Federal Reserve.

But Masters' proudest moment came last month in a northeast Iowa school gym where the U.S. Mint celebrated the launch of the Effigy Mounds National Monument coin he designed to honor his home state. Part of the America the Beautiful Quarters Program that commemorates national parks and sites, the coin portrays the Harpers Ferry, Iowa, natural preserve that protects more than 200 ancient American Indian mounds. About 30 of the site's mounds—constructed more than a thousand years ago for burial or ceremonial purposes—are in the shape of regional birds and animals.

It's rare for a U.S. Mint artist to design a coin that depicts his home state, so the Sioux City native took special care in representing Iowa. Masters, 85BA, 88MA, 90MFA, a retired University of Wisconsin-Oshkosh art professor, found inspiration in the rural landscapes of fellow Iowa artist Grant Wood.

Challenged with showing the massive scale of the effigy mounds on a quarter-sized canvas, Masters settled on depicting three of the earthworks from the Marching Bear Group—one of the park's most prominent attractions. Says Masters: "I hope this brings a greater awareness to the site—how fragile the mounds are and how few remain in Iowa, the Midwest, and the Mississippi Valley."

As the Effigy Mounds project comes to an end, Masters has already begun his next artistic endeavor from his studio apartment in New York City. In contrast from the rolling hills and bluffs along the Mississippi River, Masters has started a series of drawings celebrating the buzzing streets of the Big Apple.