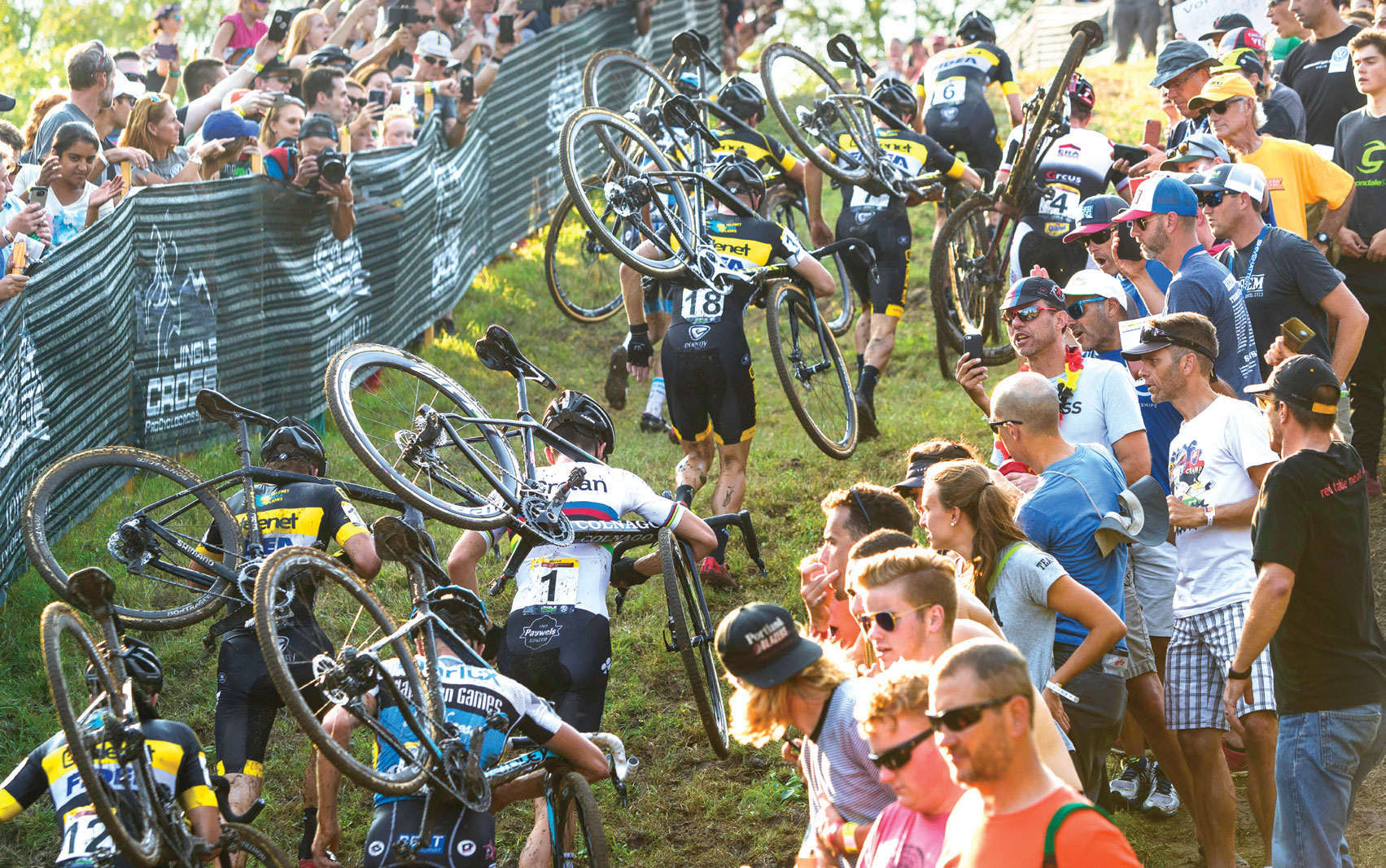 For one frenetic, mud-splattered weekend in September, Iowa City was the center of the bicycling universe. More than 3,000 cyclists and about 10,000 spectators filled the Johnson County Fairgrounds, while an estimated 10 million more watched on TVs around the world. Iowa City hosted the Cyclocross World Cup—described as the Super Bowl of a high-speed sport that combines all-terrain cycling and cross-country running. For John Meehan, 93MD, the ringmaster behind the event, it was the culmination of years of dedication to cycling and Iowa City. What he began as a small grassroots event had evolved into a full-fledged international spectacle.

Meehan was an attending physician at UI Children's Hospital when he took up cycling and, in 2004, competed in his first cyclocross race. It was love at first wipeout. In cyclocross, cyclists circle a two-mile course that Meehan describes as "running, cycling, steeplechase, and NASCAR all rolled into one."

In December 2004, he organized his first holiday-themed race, the inaugural Jingle Cross Rock, which drew 66 riders to UI's Ashton Cross Country Course. Over the next decade, Meehan grew his race into one of the premiere cyclocross events in North America. "Everyone in Belgium, the Netherlands and northern Europe were all wondering, 'Why are we going to Iowa City, and where is it?'" Meehan says. "Now they all know it very well."

Coordinating a world-class cycling event is no small task, but for Meehan, it's vacation. By day, he's a physician at the Seattle Children's Hospital, where he's known as one of the world's leading experts in pediatric robotic surgery. When he left for Seattle in 2007 to advance his career, part of his heart remained in Iowa. His dog is named Hawkeye, he has a boat named "Hawkeye's Revenge," and he spends much of his vacation time each year back in Iowa organizing the Jingle Cross. All of the race's proceeds go to the UI Children's Hospital.

When the NBC Sports trucks and Belgian TV crews rolled in for the combined World Cup and Jingle Cross weekend in September, it became clear: All eyes were on Iowa City. And, by many accounts, Iowa City delivered. Jeremy Powers, a top U.S. cyclist, said the World Cup was an "incredible day" for cyclocross, while the cycling magazine VeloNews called the event "magical" and compared the Iowa City course's imposing hill, nicknamed "Mount Krumpit," to the famous slopes of Belgium. For Meehan, though, the highlight of the weekend came when he donned his Grinch costume–an annual role for him–to lead the Jingle Cross children's races through the fairgrounds.