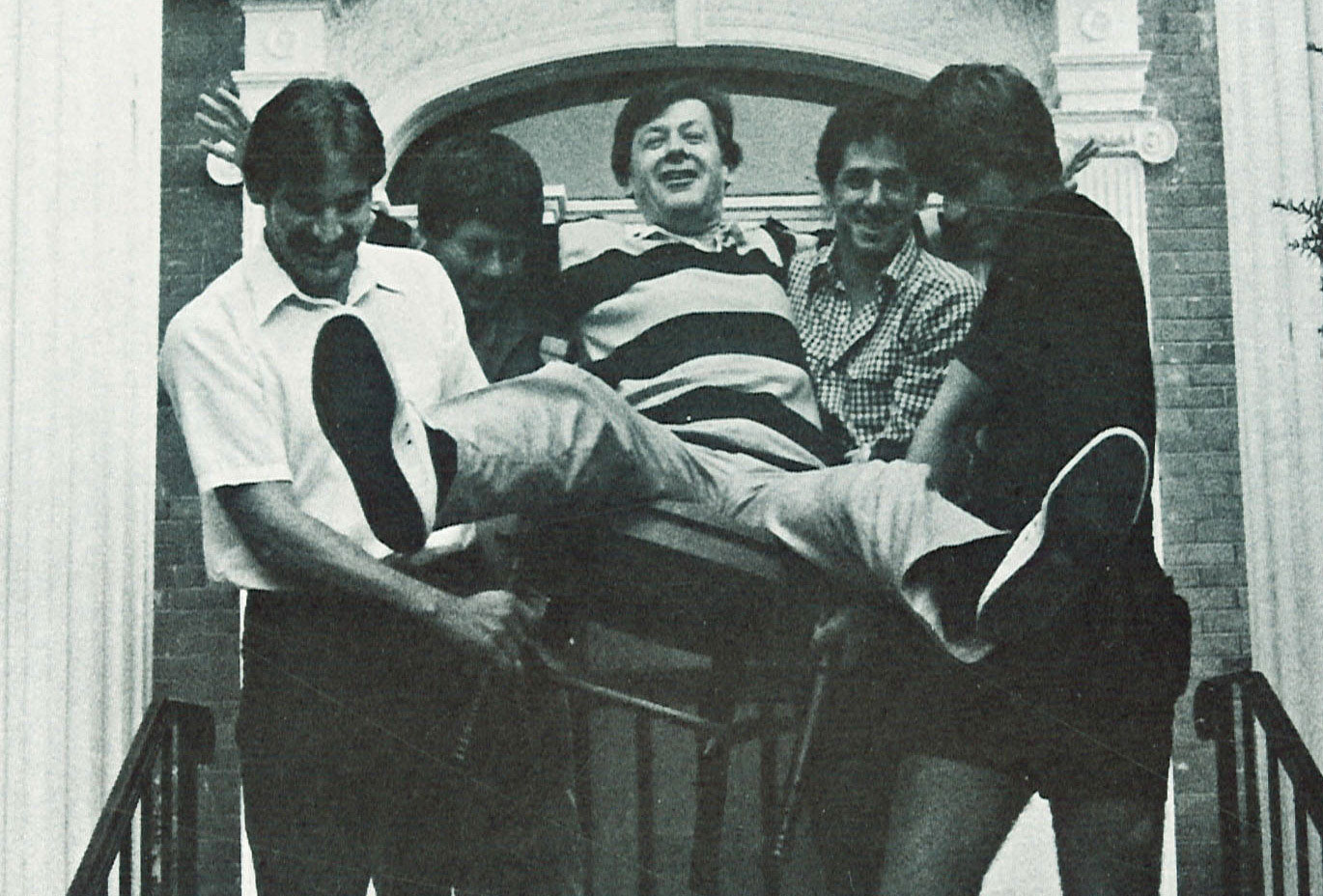 PHOTO: IOWA DIGITAL LIBRARY, SPECIAL COLLECTIONS, UNIVERSITY OF IOWA Sandy Boyd gets a lift out of his house on his last day as UI president, August 1981.
W

illard Boyd never had much time for formalisms as University of Iowa president.

He and his family stayed put at their off-campus address rather than moving into the President's House for much of his tenure. His commencement addresses were famous for their brevity. And he preferred to be called by his nickname, "Sandy."

So it was only fitting that he did his best to deflect any laurels back to his audience during a spring reception celebrating his retirement.

"I do believe strongly that people, not structures, make great universities, and you are the people who make our university great," Boyd said before receiving a standing ovation from the attendees who filled the Coralville Marriott Hotel and Conference Center. "Furthermore, I believe that others give meaning to life, and you have given great meaning to our lives."

The reception bookended Boyd's long and accomplished career at UI, where he first arrived in 1954 as a member of the law school faculty. He then served as vice president for academic affairs and dean of facilities before being appointed as UI's 15th president in 1969. Boyd led UI through an unprecedented era of campus growth—along with the social unrest of the late 1960s and early 1970s—during his 12 years as president.

Boyd left UI in 1981 to become president of the Field Museum in Chicago, but his home was always Iowa City. He returned in 1996 to rejoin the law faculty and served a number of roles in his later years at the university, including interim president in 2002 and 2003 and interim director of the UI Museum of Art in 2010.

While Boyd, 89, formally retired from teaching in 2015, he has remained a fixture on campus. This past year, he could be found most days in his fourth-floor office in the Boyd Law Building, where a bust of him sits in the lobby that students festoon according to the season—Hawkeye attire before football games and academic regalia during graduation week.

In retirement, Boyd plans to work on his memoirs—and no doubt continue contributing to the campus he has shaped.