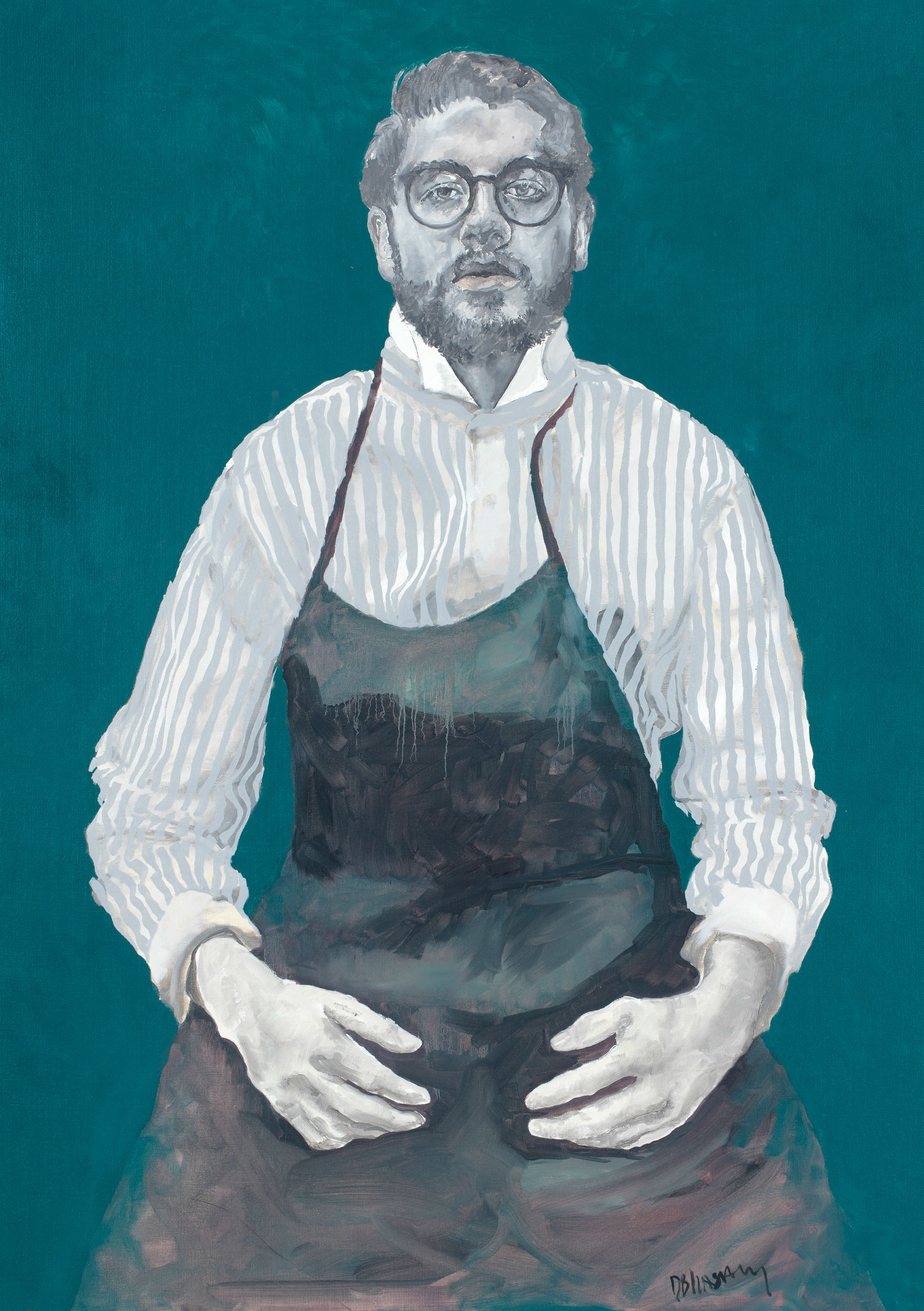 iego Lasansky inherited the hand of an artist—in more ways than one.

For nearly a year, he sketched only a single wax hand provided by his uncle, artist Tomįs Lasansky, 79BFA, 83MA, 84MFA, who had issued the detail-focused assignment upon hearing Diego wanted to learn to draw. Each time the 13-year-old visited his uncle's art studio, he'd slide a pile across the table for inspection. Tomįs, scrutinizing the drawings, would declare the best of the batch.

In a family with a deep lineage in the art world, Diego is the latest to take up the craft. This past spring, he graduated with honors in studio art-printmaking from the University of Iowa. More than just any art graduate, he is the grandson of Mauricio Lasansky—the famed creator of the Nazi Drawings series and founder of UI's renowned printmaking department.

The younger Lasansky recently opened his first solo museum exhibition, "Diego Lasansky: A Portrait of the Artist as a Young Man," which runs through October at the Cedar Rapids Museum of Art. He also published his first book of artwork, titled Diego Lasansky: Paintings, Drawings, Prints.

Diego's father, Phillip Lasansky, 76BGS, operates the Lasansky Gallery in Iowa City, and many of Diego's aunts, uncles, and cousins have pursued careers in the arts. While Diego jokes that those in more traditional lines of work are considered "the weird ones" of the family, he never felt obligated to follow in his grandfather's footsteps. 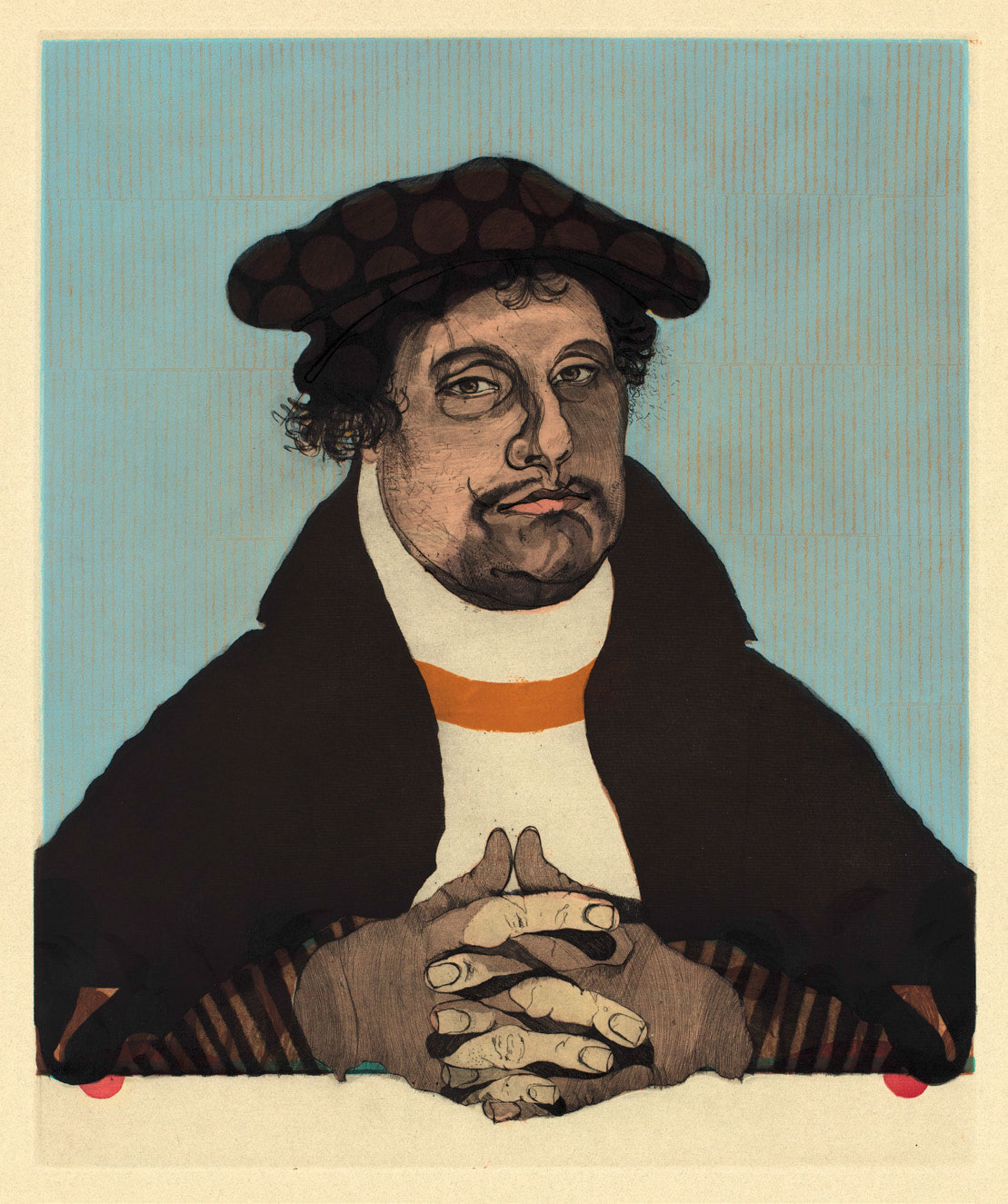 "Art was never pushed on me," Diego says. "No one ever said, 'You're going to draw today.' More so, it was you grow up with it and seeing all these people creating these really interesting things. I couldn't help but want to learn how to do it."

In the backroom of the Lasansky Gallery where Diego once watched his grandfather roll his presses, he now has his own workspace. Following Mauricio's death in 2012 at age 97 and Diego's move into the studio, Phillip told his son: "Your grandfather would like that there is going to be new life in here again."

On a recent afternoon, Diego disappeared into the process of "editioning" a series of prints. Commissioned by Wartburg College, Diego was creating 50 unique variations of a portrait depicting Martin Luther during his period in hiding, when the religious revolutionary went by the pseudonym Junker Jörg. Using four copper plates for the color layers and a fifth plate for the black layer, he ran his grandfather's antique press, melding the paint to the wetted parchment before hanging it to dry.

Though he was too young to study under his grandfather directly—Mauricio stopped working in about 2005—Diego still finds reminders of him in the studio. Just that day, he uncovered a dusty box of old ink. It was still good.