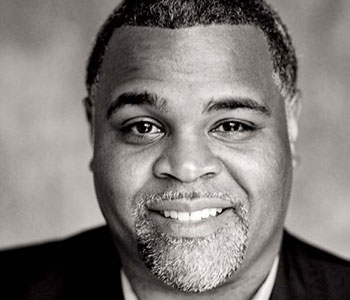 "Blues is essentially the soundtrack of American culture," says Damani Phillips, assistant professor of jazz and African-American studies at the University of Iowa, who is well-versed on the fundamental importance of the blues. "It has been embraced by the world as a music style that not only welcomes the emotional tumult of our society, but actually thrives on it."

From the beginning, Phillips says, blues served as a mouthpiece for marginalized African-Americans to purge their souls. Through sorrowful reaction to oppression, a commentary on love and relationships, or the backdrop for both musician and listener to celebrate life, the blues tells a story.

Phillips says this storytelling aspect of blues is central to its identity. An extension of the oral storytelling traditions of African music styles, it captures snippets of African-American culture in song in a way that's neither pretentious nor uninviting. Such musical priorities formed the nucleus of practically every music style that originated in the U.S. in the last century—including rock, rhythm and blues, funk, and jazz.

Without the blues, Phillips says, American music as we know it today simply could not exist.

"Blues and African-American sacred music are the foundation of music in this country," says Phillips. "The blues is a sonic chronicle of the story of this country's development, and the preservation of that narrative is of utmost importance."

Jay Sieleman suggests these albums by living members of the Blues Hall of Fame—including his favorite artist, Taj Mahal:

Any comments about this article? Email alumni-mag@uiowa.edu.