In 1909, the Flexner Report revolutionized medical education in North America. Penned by Abraham Flexner on behalf of the Carnegie Foundation, the book-length study called upon schools to enact higher admission and graduation standards and adhere strictly to the protocols of mainstream teaching and research. 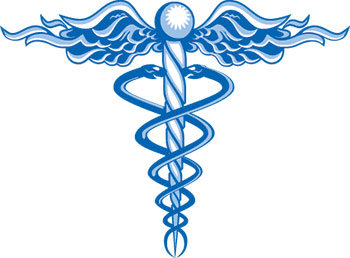 These recommendations produced many aspects of today's modern medical profession. A century later, Carnegie and the American Medical Association once again stress the need for fundamental change—and the University of Iowa has responded.

When administrators in the UI Carver College of Medicine first considered revamping their program in 2010, the curriculum hadn't been comprehensively reviewed in 15 years. By all accounts, that curriculum served students well and produced excellent doctors—but more needed to be done.

"A lot of changes were happening in medicine, and that required us to make changes as well," says Christopher Cooper, 87BA, 91MD, 97R, associate dean of student affairs and curriculum, who co-chaired the Curriculum Renewal Steering Committee along with Peter Densen, professor of internal medicine. Preparing for the college's accreditation by the national Liaison Committee on Medical Education that year helped administrators and faculty identify their strengths, but also see where they needed greater integration between the classroom and the clinic.

Paul Rothman, medical school dean at the time, was eager to make some major changes, and so a steering committee formed, as well as four diverse modeling committees that met regularly and developed proposals for a new curriculum. After several months, the proposals were shared at a retreat and later at college-wide forums.

Ultimately, consensus arrived on the new three-strand curriculum, which still includes effective elements from the old one. "This curriculum gives our students a broader perspective," Densen says. "With the rapid progress of medical knowledge, we had to look to the future and what would best prepare students to not only understand the basics, but also how to keep up with the latest developments."