View All From You
Share
IOWA Alumni Magazine | December 2013
Leaving the Nest
By Shelbi Thomas
The passage into adulthood provides both a personal and universal experience.

For six seasons, families nationwide faithfully tuned in to the popular television series The Wonder Years to follow Kevin Arnold and his adventures coming of age in suburban America during the Vietnam era.

In the 1993 series finale, Arnold reminisces about his adolescence after a bittersweet reunion with Winnie Cooper, his high school flame. "Growing up happens in a heartbeat. One day you're in diapers, the next day you're gone," says the narrator in the closing scene. "But the memories of childhood stay with you for the long haul. And the thing is, after all these years, I still look back...with wonder."

UI freshmen haven't had as long to reflect on their own transition from childhood into maturity, but a first-year seminar invites them to share and compare stories about that formative time in a person's life. In the "Coming of Age in America" course, students examine themes like independence, first love, and growth, using the short-story anthology Coming of Age in the 21st Century and other media to uncover what makes the transformation to adulthood simultaneously an intensely personal and universal journey.

Students soon find they can relate to a diverse range of experiences, whether a Native American schoolboy facing cruel teachers and bigoted bullies in Sherman Alexie's "Indian Education" or two young Chinese-American women grieving the loss of their parents in "The Eve of the Spirit Festival" by Iowa Writers' Workshop Director Lan Samantha Chang, 93MFA. They explore coming-of-age stories not only across different cultures, but also from various time periods, such as the 1960s TV show Leave It To Beaver and the 1986 movie Stand by Me (set in the 1950s). Class discussion also turns to the Bildungsroman, a beloved literary genre since the 1800s that focuses on a young character's development and includes classics like Charlotte Bronte's Jane Eyre, J.D. Salinger's The Catcher in the Rye, and Stephen Chbosky's The Perks of Being a Wallflower.

Growing up has never been easy, but freshman social work major Megan Murphy says that her generation faces unprecedented challenges. Navigating a world where cell phones, the Internet, and other technological advances have revolutionized the way we communicate and receive information, young people now feel the added pressure to keep up with the latest gadgets, maintain friendships on multiple platforms, and avoid falling victim to online bullying. They also must learn which information to trust as they turn more to the Internet rather than mentors to seek the answers to big questions—such as "who am I?" and "what should I do with my life?"

Teenagers often feel they face insurmountable obstacles unique to their own experience. Yet despite such generational differences, some things—like the search for identity or the desire to belong—never change. Course instructor and playwriting adjunct assistant professor Kate Aspengren, 74BA, 94MFA, says, "No matter where or how you grow up, some things carry over." 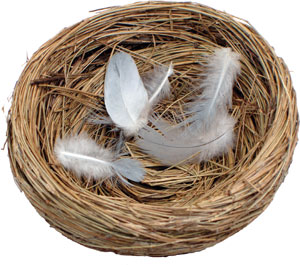 Because the teen years play such an important foundational role in our lives, the coming-of-age genre resonates strongly with people of all ages. Like caterpillars in cocoons, 13-year-olds enter a stage of development where they begin to make grown-up decisions that will shape the course of their future. They choose friends, fall in love, get behind the wheel of a car, develop skills in a particular field of study, face peer pressure regarding drugs and alcohol, and learn to cope with family crises like a grandparent's death or their parents' divorce.

At the same time, they experience raging hormones that disrupt their psychological state. Many of the short stories covered in the "Coming of Age in America" course explore the ups and downs of a time filled with pain, surprise, confusion, apprehension, and exhilaration. As Aspengren notes after several summers spent teaching playwriting to 7th and 8th graders, "Sometimes [adolescence] involves all of those [emotions] in the same day."

Part of teenagers' journey to maturity involves looking outside themselves to gain perspective and become global citizens. People in every generation experience a major national or international event that helps shape them and change the way they see the world. Aspengren remembers President John F. Kennedy's assassination, while today's freshmen can faintly recall their teachers' emotional reactions as they tried to explain to the then-wide-eyed first graders that terrorists had attacked America on 9/11. Parents and teachers used to tell these students how to think about and process tragedy. Now, as young adults, they confront the heaviness of evil and suffering in the world.

George Tucker's short story "How I Learned to Fly" explores the loss of innocence when kids face real-world problems for the first time. Against the backdrop of the Gulf War, he tells the tale of a boy who struggles to cope with a father off at war, his parents' divorce, and making friends at a new school. He seeks refuge in the limitless world of his imagination, which is gradually overtaken by the harsh reality of adulthood.

During one class period, the UI students discuss similar instances when the real world broke through the innocence of youth. School shootings such as at Sandy Hook profoundly impacted their thoughts on the safety and security of their surroundings. Freshmen from big cities recall metal detectors, locker searches, security guards, and bomb threats to their high schools, while those from rural communities share how some students would leave hunting guns in their vehicles. Through such conversations, the freshmen discover the diversity of people, backgrounds, and opinions they will experience—perhaps for the first time—as students on a large university campus.

In addition to encountering diverse perspectives, first-year students learn to balance many new responsibilities that further jolt them into the adulthood. Without the parental safety net, they have to learn to manage their time wisely, eat healthily, pay bills, complete homework, and do laundry. Despite some trepidation, most students feel excited about trying this new freedom. "In college, you can make a decision about who you want to be," says Aspengren. "You don't have to be who you were in high school. You can reinvent yourself."

Even as they reflect back to their early teen years, Aspengren's students realize they're creating the next chapter of their personal coming-of-age stories. Through weekly writing assignments and discussions, they discover that, while college isn't a cookie-cutter experience, similar challenges exist. They find common ground talking about the thrill of their new autonomy, friends, and schedules—and their distaste for dorm food, early classes, and strange roommates.

The first-year seminar provides an ideal place for students to meet their peers, hear different perspectives from people going through the same life stage, and ponder their future goals. "They grow into themselves as first-year students," says Aspengren. "I like being a part of their first experience here, because I can help them set the tone for their college career."

In one of the class's favorite assignments, Aspengren asks students to write a letter to their younger selves. Murphy advises herself not to become lazy during her senior year of high school and to savor family and friends. "Relationships change," she writes, "so cherish what you have now."

That's timeless advice for any stage of life.