View All From You
Share
IOWA Alumni Magazine | December 2012
In the Zone
By Shelbi Thomas
Communities across Iowa—and the nation—learn to embrace simple principles that lead to happy and healthy transformations.

With these lyrics from Iowa composer Meredith Willson's famed musical The Music Man, Mason City begins its quest to become one of the healthiest communities in the nation.

Smoking, obesity, rising healthcare costs—the troubles that lurk in the "Original River City" extend well beyond this quintessential Midwestern town. According to the Centers for Disease Control and Prevention, smoking leads to nearly one of every five deaths each year in the United States. More than onethird of the nation's adults are obese, a condition linked to many leading preventable causes of death such as heart disease, strokes, and type 2 diabetes. Meanwhile, American healthcare spending in 2008 spiraled to $2.3 trillion, threatening to gobble one-fourth of the country's gross domestic product by 2025.

River City residents want to reverse the tide. Dressed in costumes from The Music Man, they march through Music Man Square to take a stand against threats to their collective well-being. In a video highlighting their pledge, the narrator says, "All communities have their troubles, but Mason City is a community on the march to a different drum."

Mason City has turned the beat around as one of a handful of Iowa towns chosen as a Blue Zones Project demonstration site. Nationwide, individuals, communities, workplaces, and schools—including the University of Iowa—are participating in the Blue Zones Project, which aims to help Americans add years to their lives and life to their years.

The project is based on Dan Buettner's bestselling book The Blue Zones: Lessons for Living Longer from the People Who've Lived the Longest, in which the author looked for similarities among happy centenarians' lifestyles in four parts of the world: Sardinia, Italy; Okinawa, Japan; Loma Linda, Calif.; and Nicoya Peninsula, Costa Rica. In 2004, Buettner partnered with National Geographic and leading longevity researchers to identify places where people reach 100 years old at rates 10 times greater than in most U.S. communities. Pinpointing these locations, he circled them on the map using a blue pen—hence the name Blue Zones.

Demonstration sites like Mason City will focus on applying the evidence-based healthy principles that Buettner and his team identified in the Blue Zones. From the Okinawans, they learn to stop eating when they're no longer hungry instead of when they're stuffed. Like the Sardinians, they incorporate walking into their everyday routine. And like the Costa Ricans, they will nurture their "plan de vida"—reason to live—by spending more time with family and serving others. Such simple steps—collectively known as the Power 9—aim to improve everyday physical, mental, and emotional health, transforming both individuals and communities.

Blue Zones researchers found that the number of years a person lives depends less than 25 percent on genes; our longevity—and also our well-being and daily happiness—mostly hinges on lifestyle choices. Instead of fad diets or working out in the gym, Blue Zones Project participants gradually make a series of small environmental changes—such as getting involved in a community group or decreasing the size of serving plates—to make a large impact on their health.

These preventative measures can not only save companies hundreds of thousands of dollars in healthcare costs and lost productivity, but can also lead to a healthier, happier populace. Iowa City Area Chamber of Commerce President and CEO Nancy Quellhorst, whose team leads the current campaign to make Iowa City a Blue Zones Project demonstration site, says, "It's about changing the environment so that the healthy choice is the easy choice."

Across the country, people impacted by Buettner's book have signed a personal pledge to implement the Power 9, receiving daily email challenges like "get your fill of antioxidant-rich fruit" or "share an attitude of gratitude." Already, 10,000 Iowans have made the commitment.

The state of Iowa has gone a step further: the Blue Zones Project stands as the cornerstone program in its Healthiest State Initiative. In August 2011, Governor Terry Branstad, 69BA, announced plans to help make Iowa the healthiest state in the nation within five years, as measured by the Gallup-Healthways Well-Being Index. Currently, the state ranks 16th in the index, which daily tracks how Americans feel about their lives, their emotional and physical health, and their work environment. The index also evaluates people's healthy behaviors and basic access to necessities crucial to well-being, such as clean water, affordable produce, and health insurance.

Wellmark Blue Cross and Blue Shield, a health insurance provider, sponsors the Blue Zones Project in Iowa. Together with Healthways, a well-being improvement company, it plans to help Iowa achieve its goal of healthiest state status. The team brings expert advice to city governments on policy changes that can improve health—like investing in bike paths and public transportation. It also assists communities in building workshops to help individuals learn to cook healthy meals, stay fit, and achieve their life goals. "I don't think anyone has done anything like this before," says Wellmark spokeswoman Courtney Greene, 91BA. "It's the first time a state has embraced an initiative of this size and scope."

To become a Blue Zones Project demonstration site, community leaders must first work together through a rigorous application process. They have to provide commitment letters from many local government, business, and healthcare leaders; a vision for the future and ideas for reaching that goal; and the names and résumés of residents willing to chair various committees that will bring Blue Zones Project plans to life. 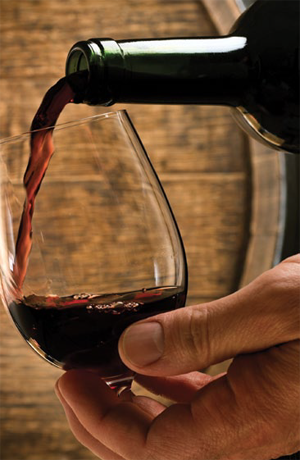 Greene says that Wellmark has been overwhelmed by the enthusiastic response. On a site visit to Mason City, Blue Zones Project representatives met residents holding signs of support and dressed as members of the Blue Man Group. Students put together pep rallies and a video to highlight the community's enthusiasm for the program, while retirees decorated their walkers with signs that read, "Blue Hair for Blue Zones."

While Mason City, Cedar Falls, Spencer, and Waterloo are the first four Iowa Blue Zones Project demonstration sites, six additional Iowa cities with populations over 10,000 will be chosen in January. The Blue Zones Project also tailored its program to reach smaller towns. Though it's still early, these demonstration sites have already begun to transform their communities.

In Waterloo, the board of education recently approved a measure to certify its education centers as Blue Zones Schools by February 2014, requiring schools to introduce new policies and programs that promote healthy lifestyles. Schools could limit vending machine access, incorporate physical activity into lesson plans, plant and maintain a school garden, make walking to school safer with the introduction of "walking school buses," and work with farms to offer local fresh foods in the cafeteria. "Starting with elementary school students is a good way to make a social change," says Quellhorst. "Students on healthy diets at school can transform their families' habits at home."

Indeed, Blue Zones Project participants have already noticed members of the next generation taking a more active role in their health. At the grocery store, Greene's children encourage her to carefully review food labels for nutritional value. At restaurants, they choose smaller portions, order water instead of juice or pop, and opt for fruit, vegetables, or a salad rather than French fries. Living by Blue Zones principles has even added a new member to the family. "My kids really wanted a puppy, so they used the natural movement concept to persuade me to get one," says Greene. "It forces us to walk up to two miles a day—miles we wouldn't get in otherwise."

Workplaces are also making the change. At the Mason City Chamber of Commerce, Executive Director Robin Anderson, 79BA, says that staff members now hold standing or walking meetings to encourage exercise. Instead of donuts, coffee, and coffee cake, a typical morning meeting will feature healthier options like fruit and yogurt parfaits, granola, and oatmeal with fruit.

Though Iowa City will not find out until next month whether it has been named a Blue Zones Project demonstration site, the University of Iowa has already started to integrate Power 9 principles into campus life. Administrators recently sent out a mass email to generate interest in the project, and the UI College of Dentistry will lead the charge for the campus to become certified as a Blue Zones Project Worksite.

David Drake, a professor of microbiology in the UI College of Dentistry and senior associate to UI President Sally Mason, has worked with the Iowa City Area Chamber of Commerce to help the city in its application process. He says that, as a scientist, he appreciates the "phenomenal amount of work" that Buettner and his team of researchers share in the book as evidence of the accuracy and reliability of their results. "[The Blue Zones Project] dovetails beautifully with what the university is already doing," says Drake, citing wellness services available to faculty, staff, and students, like resources to quit smoking, fitness classes, and one-on-one health coaching.

"There are no magic pills for health. You need to start taking care of yourself." David Drake

The university's Blue Zones Project efforts begin at the UI College of Dentistry, where Drake envisions a tight-knit community committed more than ever to collective health and well-being. He imagines more faculty, staff, and students forming walking groups called "moais," based on an Okinawan word for a group that shares life together and supports each other through difficult times.

Dental patients will also be influenced by the health-conscious atmosphere. "It is important for us to convey to the patients who come into our college that there are no magic pills for health," he says. "You need to start taking care of yourself."

Eventually, Blue Zones Project demonstration sites hope to show such phenomenal change that people outside of Iowa take notice. In fact, some already are. Mary Lawyer, 08MBA, Healthways Iowa Blue Zones director, says that an Iowa employer told her about an applicant drawn to a job because of the community's Blue Zones Project status and what it said about the city's commitment to its citizens. "People want to live in a place that values well-being," says Lawyer. "Well-being is more than physical health; it gets to people's happiness, and happy people are more productive, less absent, and have less turnover [at work]."

Mason City residents are trying to replicate the success of the original American Blue Zones Project demonstration site—Albert Lea, Minn., less than an hour away. There, to help Buettner test his hypotheses, the city installed a sidewalk around a town lake to encourage recreation, two-thirds of the locally owned restaurants added healthy foods such as berries and broccoli to their menus, and isolated couch potatoes reinvigorated their outlooks on life by joining community groups. In one year, Albert Lea residents lost a total of 12,000 pounds in weight, increased their longevity by an average of 2.9 years, and lowered their healthcare costs by 40 percent.

As new Blue Zones Project demonstration sites pop up across the United States, they don't have to reinvent the wheel. Communities like Albert Lea and Mason City are expected to share their secrets with other towns—spreading the health and happiness.

"It's hard work," Anderson says about Mason City's efforts, "but it's easier when everyone marches in the same direction."

Like the 76 trombones in The Music Man, making positive lifestyle changes never sounded so good.